Dodgers even up World Series at 2-2 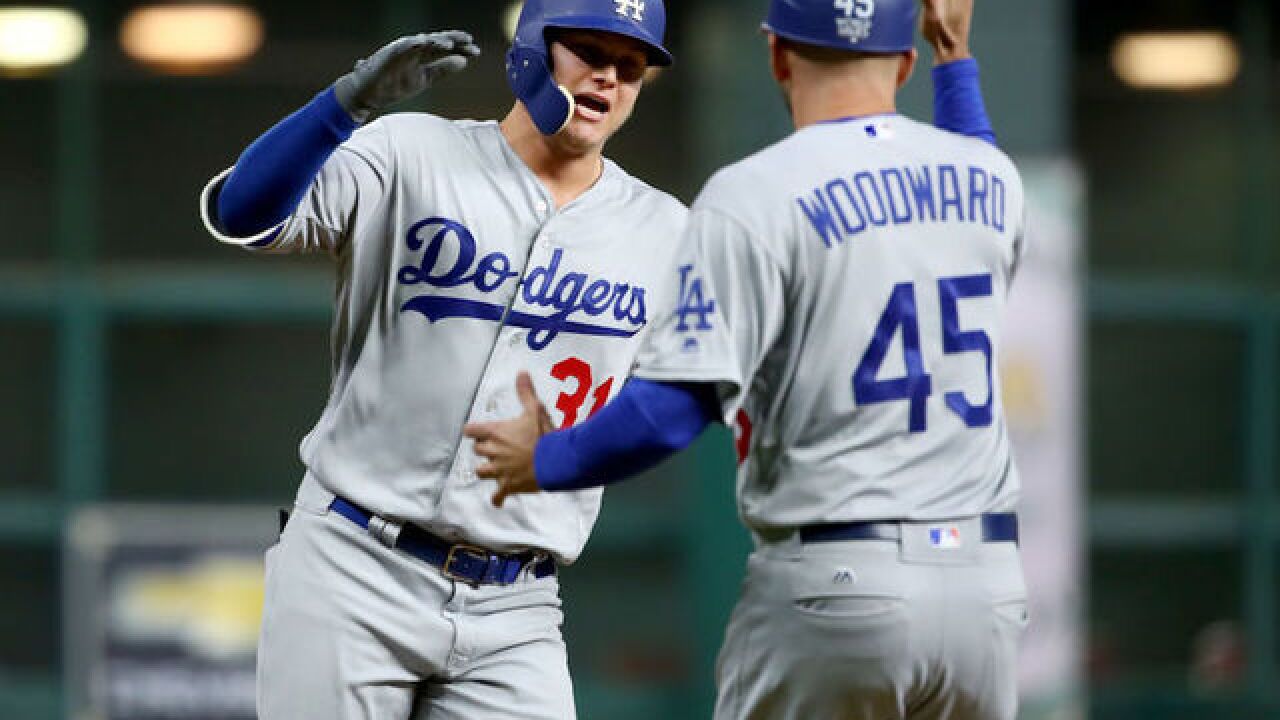 The Los Angeles Dodgers defeated the Houston Astros 6-2 in Game 4 of the World Series to tie the best-of-seven series at two games apiece.

The game went to the ninth inning tied 1-1 before Dodgers rookie Cody Bellinger hit a double to drive in Corey Seager and give Los Angeles the lead. Dodgers designated hitter Joc Pederson struck the big blow with a three-run homer later in the inning.

With each team sending its fourth starter to the mound, Game 4 had the potential to be a slugfest. What fans got instead was a good old-fashioned pitchers' duel. Dodgers starter Alex Wood and Astros starter Charlie Morton each gave up one run and just four total hits over a combined 12 innings pitched.

This marked the Astros' first loss at home during the 2017 postseason. The two teams will meet again in Minute Maid Park in Houston Sunday night for Game 5.