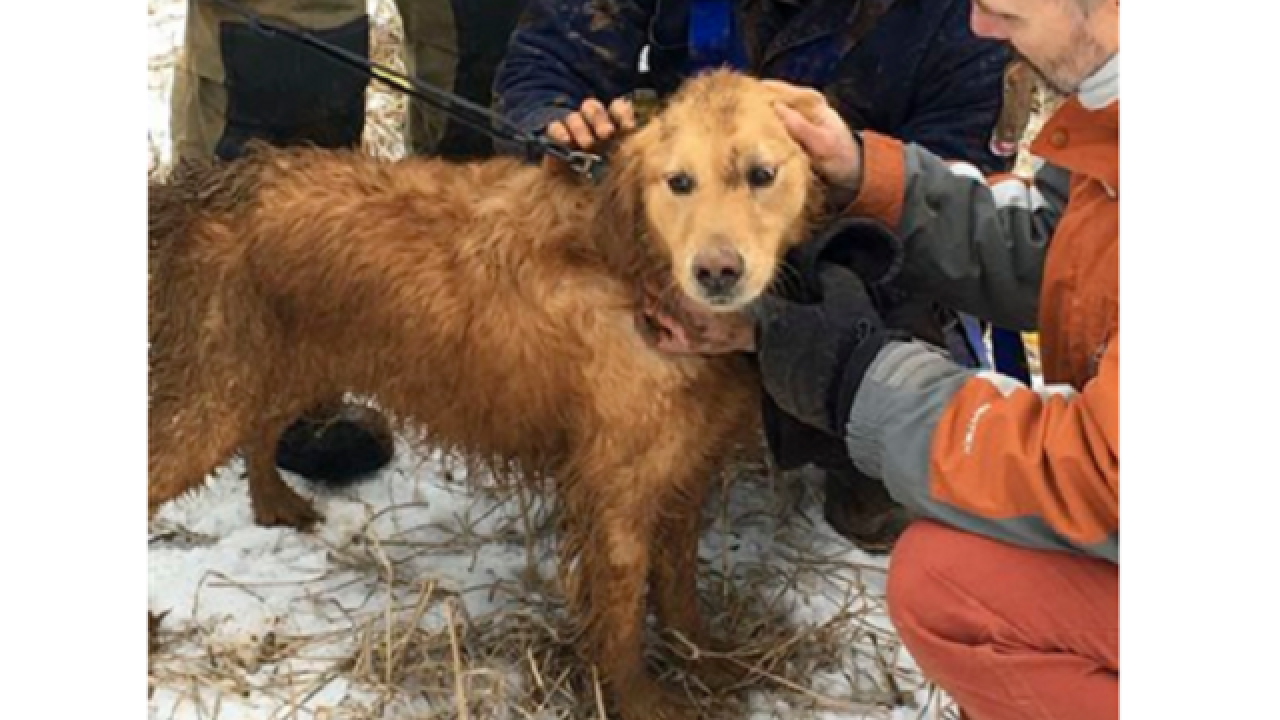 STATE COLLEGE, Pa. (AP) — A dog that spent two nights stuck in a 14-foot-deep sinkhole was rescued Wednesday by firefighters using a makeshift harness.
Owners Ron and Megan Holmes told the Centre Daily Times their golden retriever, Skye, is doing fine now despite the ordeal.
Megan Holmes said she was walking Skye around an arboretum at Penn State University in State College during a snowstorm on Monday night when she let the dog off a leash and the dog seemingly vanished.
Ron Holmes learned Tuesday that the area, in central Pennsylvania, had sinkholes and found one and yelled into it. But he could hear only gushing water.
The couple returned Wednesday. This time, Skye's bark greeted them when they yelled for her.
It was "the most fantastic feeling hearing her," Ron Holmes said.
"I thought she would have drowned if she was somewhere down there or suffered hypothermia," he said.
The dog had fallen into a "Volkswagen buggy-sized hole," though the opening was only about 18 inches wide, regional fire director Steve Bair said.
After the opening was widened to 30 inches, an assistant chief with the Alpha Fire Company climbed down a ladder and hooked Skye up to a harness. Campus police put down large mats to stabilize the area.
"On the fly we constructed a harness for the dog," Bair said.
Skye "kind of sensed what was happening and was very cooperative," he said.
With some pushing and pulling, the dog was brought to the surface.
Associated Press 2016