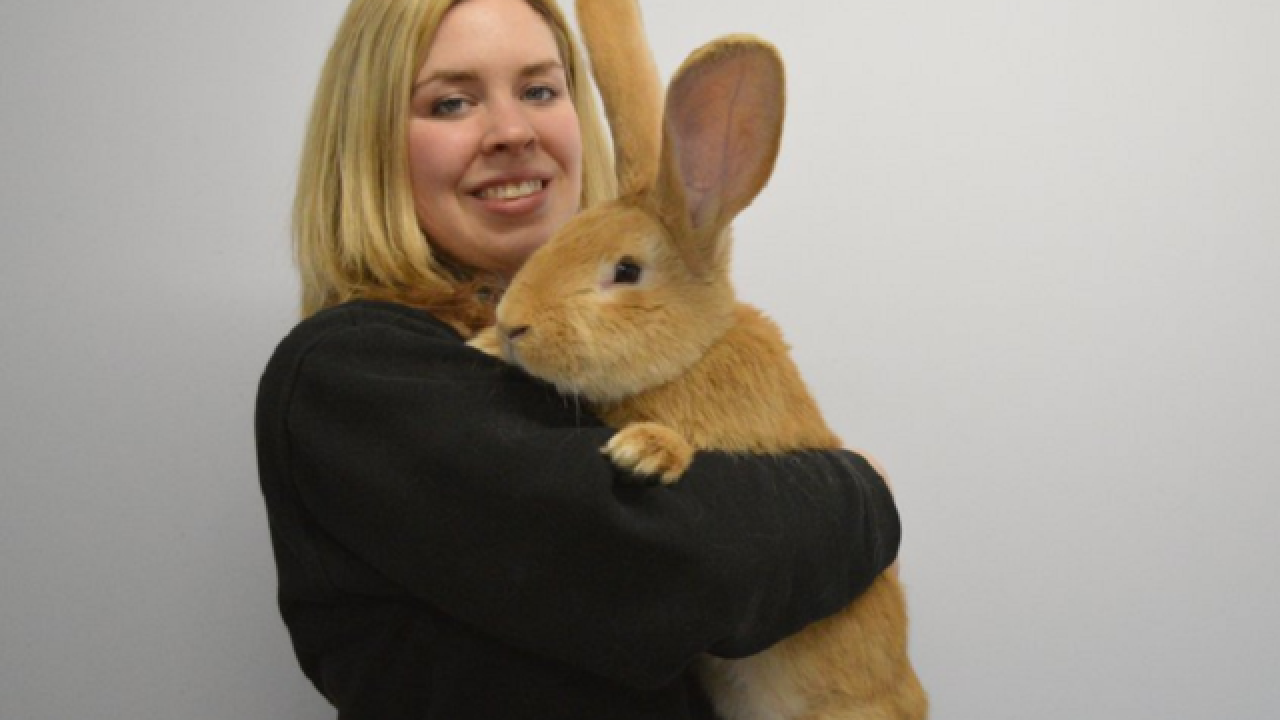 We bring you the perfect compromise for someone who doesn’t want a dog, but still wants a pet large enough to cuddle comfortably.
Introducing Atlas, a 7-month-old rabbit as large as a canine. This adorable continental giant rabbit from Scotland is reportedly looking for a new home.
Atlas is currently under the care of The Scottish Society for Prevention of Cruelty to Animals (SPCA) and is described by the center as a "friendly" and "inquisitive" rabbit who "loves attention and getting cuddles" and "makes everyone laugh with his mischievous character."

Since Atlas isn’t different, he needs a different type of home – more specifically, he needs more space than a typical rabbit and an owner “with the knowledge to properly care for him, so ideally someone who has kept a continental giant before,” Center manager Anna O'Donnell said.
And though Atlas is quite large, he isn’t the largest out there.
Guinness World Record has the planet’s biggest rabbit listed as Darius, a 49-pound rabbit which can stretch out to a 4 feet, 4 inches long.
Associated Press 2016