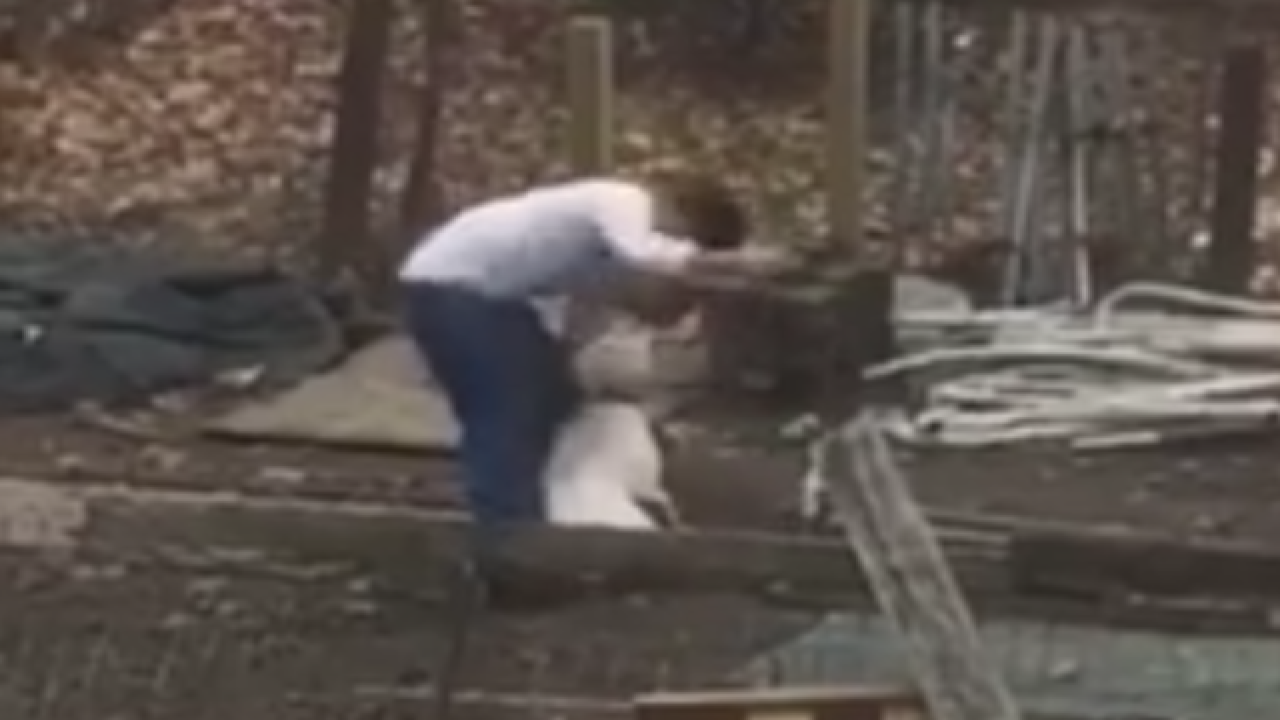 Two dogs have been taken into animal control custody in central Pennsylvania after a neighbor filmed a man abusing one and posted the footage online.

Melissa Smith, executive director of the York County SPCA, says the pit bull and the puppy are doing well.

The dogs were removed from the home Monday after the video of the weekend beating of the pit bull was posted to Facebook and a York community website. Outraged viewers contacted the agency. The puppy wasn't in the video.

The 2 ½-minute video shows a man dragging the dog around, screaming in its face and punching it. Later, the man whips the dog with what appears to be a belt. The dog can be heard yelping and howling.

Please be aware, the video is disturbing:

Smith says the SPCA is investigating and charges could be filed.

Or Sign Up for Our Newsletters -- Delivered to Your E-mail: