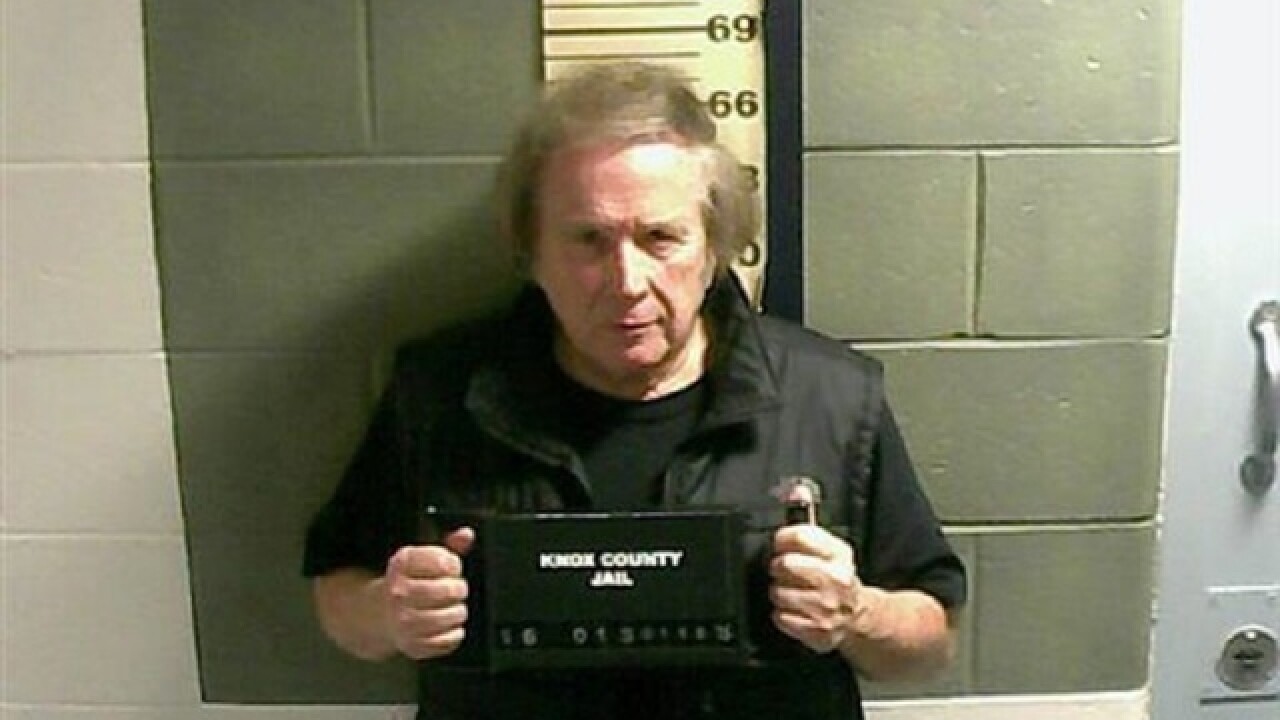 CAMDEN, Maine (AP) — Don McLean's wife was granted a temporary order of protection from the "American Pie" singer after she cited a pattern of abuse going back three decades.

Police in Maine arrested McLean on a misdemeanor domestic-violence charge on Monday, and court records show that his wife then filed a handwritten request for protection.
She wrote that in the early years of their marriage, McLean's rage was "unfathomably deep and scary." She said McLean's abuse often left her bruised, and that she feared for her life when she called 911 this week. "Don terrorized me for four hours, until the 911 call that I think might have saved my life," she wrote.
McLean issued a statement on Thursday saying the marriage is experiencing a "very painful breakdown." He also said he is "not a villain" and that it is an emotional time for his family.
"I may never recover from this but I will try and hope to continue to entertain you all as I always have," McLean said.
McLean was released on bail and is due in court Feb. 22. His attorney, Walter McKee, said McLean will plead not guilty when the case returns to court. He also said McLean "vigorously denies" his wife's allegations.
The 70-year-old McLean grew up in Port Chester, New York, and has been a fixture in the wealthy coastal Maine town of Camden for years. His signature song "American Pie" topped the Billboard chart 44 years ago. The song was about the deaths of Buddy Holly, Ritchie Valens and the Big Bopper in a plane crash on Feb. 3, 1959 — The Day the Music Died.
Copyright 2016 The Associated Press. All rights reserved. This material may not be published, broadcast, rewritten or redistributed.
RTV6