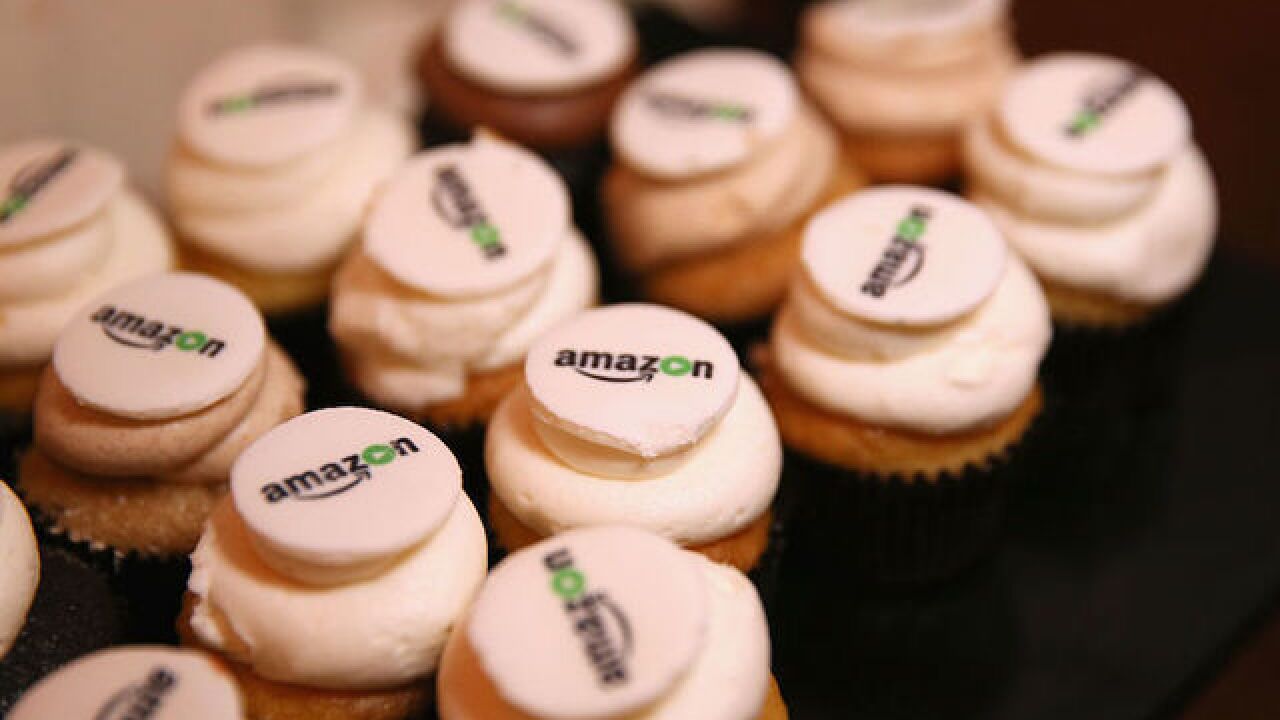 Amazon's sales outlook for the fourth quarter was the equivalent of a lump of coal in investors' stockings. Don't worry too much: Jeff Bezos could still deliver a holiday surprise.

Shares of Amazon tumbled nearly 10% Friday because investors worried the company's holiday sales could be the worst in years.

Amazon (AMZN) is the second-largest retailer in the country, trailing only Walmart (WMT) in annual sales. So a weaker holiday quarter for Amazon could be a bad sign for the overall economy.

The Jeff Bezos-led company said Thursday it expected fourth quarter sales to be in a range of $66.5 billion and $72.5 billion. That's less than what was expected, and the $69.5 billion midpoint of this guidance is an increase of just 15% from a year ago.

A sales jump of 15% may sound great, but it's pretty tepid for Amazon, which posted a revenue bump of 38% in last year's fourth quarter and increases of more than 20% in both the fourth quarters of 2015 and 2016.

The last time Amazon reported a fourth quarter sales increase that was less than 20% was back in 2014, when revenue was up 14.6%.

Nothing is wrong with Amazon

Is Bezos really going to be the Grinch this Christmas? Or is Amazon just being overly cautious with its outlook, making it easier for Santa Jeff to surprise Wall Street in the fourth quarter?

Recent history suggests that it's the latter. Amazon has routinely given a wide range of guidance for the fourth quarter in the past few years and wound up reporting sales at the upper end of it.

If Amazon hits the $72.5 billion high end of its forecast, that would be a 20% jump from a year ago. Not too shabby.

But the stakes are high for Amazon because of how much its stock has surged lately. Shares are still up nearly 40% this year, despite their pullback.

James Lee, an analyst with Mizuho Securities, said in a report Friday that "the guidance is conservative" and cited the fact that management "did not provide much explanation to support" why earnings growth would slow down.

"We do not believe that the weak guidance reflects any structural issues," Lee wrote.

To that end, Amazon chief financial officer Brian Olsavsky told analysts on a conference call Thursday that it's hard to get a true gauge on fourth quarter sales this early, saying "we often have very high error bars on the quarter."

Olsavsky said that's because much of Amazon's sales for the quarter "comes in that very tight window between the middle of November and the end of the year. So it's always a very difficult period for us to estimate."

But he quickly added that "we feel like we're in great shape for the holiday." and that "we're going to have great capacity for shipping to our customers.

That doesn't sound like a company that's nervous about the willingness of consumers to keep shopping on Amazon's site, it's growing number of Amazon physical retail stores and Whole Foods.

Amazon is no longer just a retailer

There's also the fact that Amazon is starting to morph into a company that is no longer really just a pure play retailer.

Amazon now generates more than 40% of its revenue from things like its Prime subscriptions, commissions and shipping fees from third-party sellers, advertising and its increasingly lucrative cloud hosting unit Amazon Web Services.

That shift is key, because those units are all more profitable than selling stuff online and in stores.

Stifel internet analyst Scott Devitt said in a report Friday that he's maintaining a "buy" rating on Amazon even though "the holiday quarter guidance may spook some investors." The rest of Amazon's businesses "are showing strong levels of growth which is encouraging for the trajectory of margins," he added.

Brent Thill, an analyst with Jefferies, agreed. He said in a report that we may soon reach a point where it's not even fair to consider Amazon a retail company.

Thill said customers "continue to point to AWS as the gold standard " for cloud services. He thinks Amazon's annual revenue from AWS could top $70 billion by 2022, which would make it "one of the largest enterprise software companies on the planet."

In other words, Amazon may no longer be as much of a bellwether for consumer spending in the future as the company continues to spread its tentacles into other parts of the tech and media world.