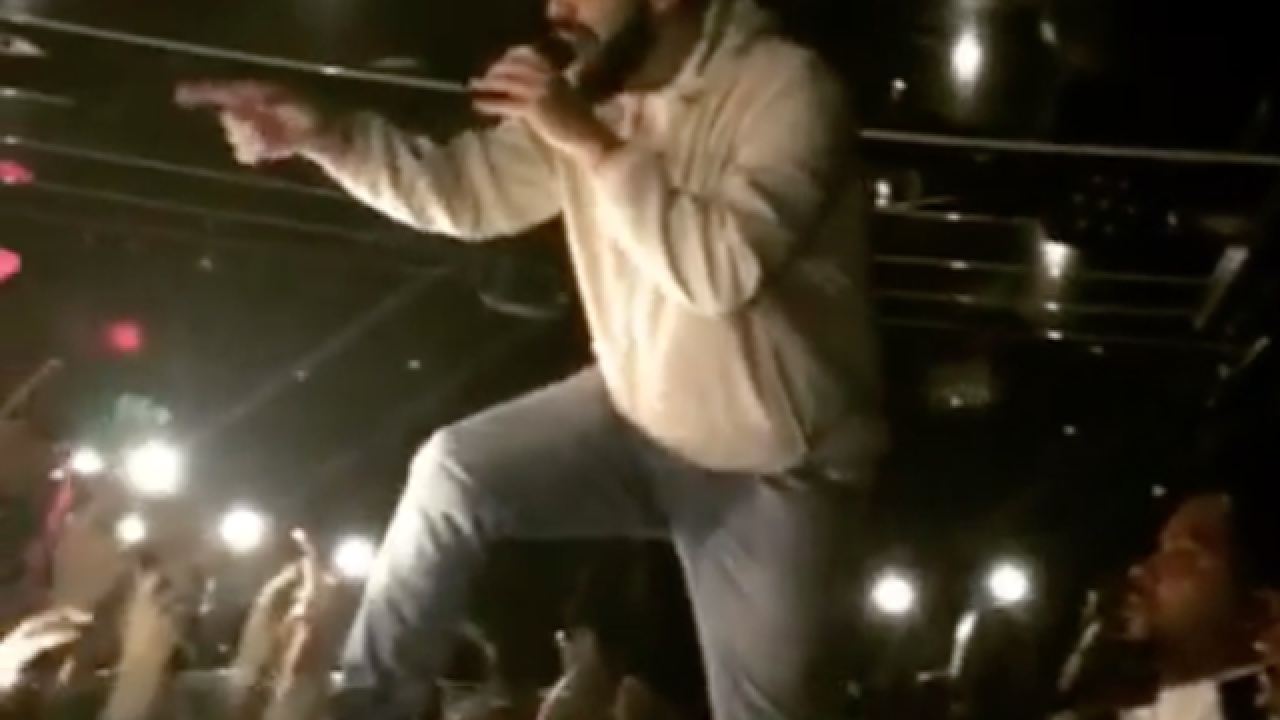 Copyright 2017 Scripps Media, Inc. All rights reserved. This material may not be published, broadcast, rewritten, or redistributed.
Instagram
<p>Drake did not appreciate a man groping women in his audience at Marquee nightclub in Sydney, Australia.</p>

Concerts are usually pretty close quarters, but Drake wasn't having it with one male fan who apparently couldn't keep his hands off women at the Marquee nightclub in Sydney, Australia.

"If you don't stop touching girls, I'm going to come out there and f*** you up!" Drake shouted into the microphone in video captured on Instagram.

I got this close to Drake threatening to jump into the crowd to start a fight with a guy groping a woman in the audience. Violence against women, 6 God says no.🦉🦉🦉🦉🦉🦉🦉🦉 #heropapi #protecterofthepeople #6god #legend #viewsfromthe6 @champagnepapi For licensing and usage, contact: licensing@viralhog.com

The crowd erupted in cheers as soon as it figured out why the Canadian rapper had paused his performance of "Know Yourself."

"It’s great to see Drake taking a stand here, even though it’s obviously sad that he had to bring a performance to a screeching halt to address an incident like this," news editor Chris Yuscavage wrote.

So Drake threatened to beat a dude up for groping his female fans at his show last night. I'm here for it, but did they kick him out though? He said something off the Mic. I appreciate it, either way.

"If you don't stop touching girls, I'm gonna come out there"

Love male performers who do this. Concerts are nothing but a gropefest. https://t.co/yBU4NMdme9

😆😂. Drake been on his fitness for 2yrs just waitin on this moment to flex. https://t.co/KRIQog10OY