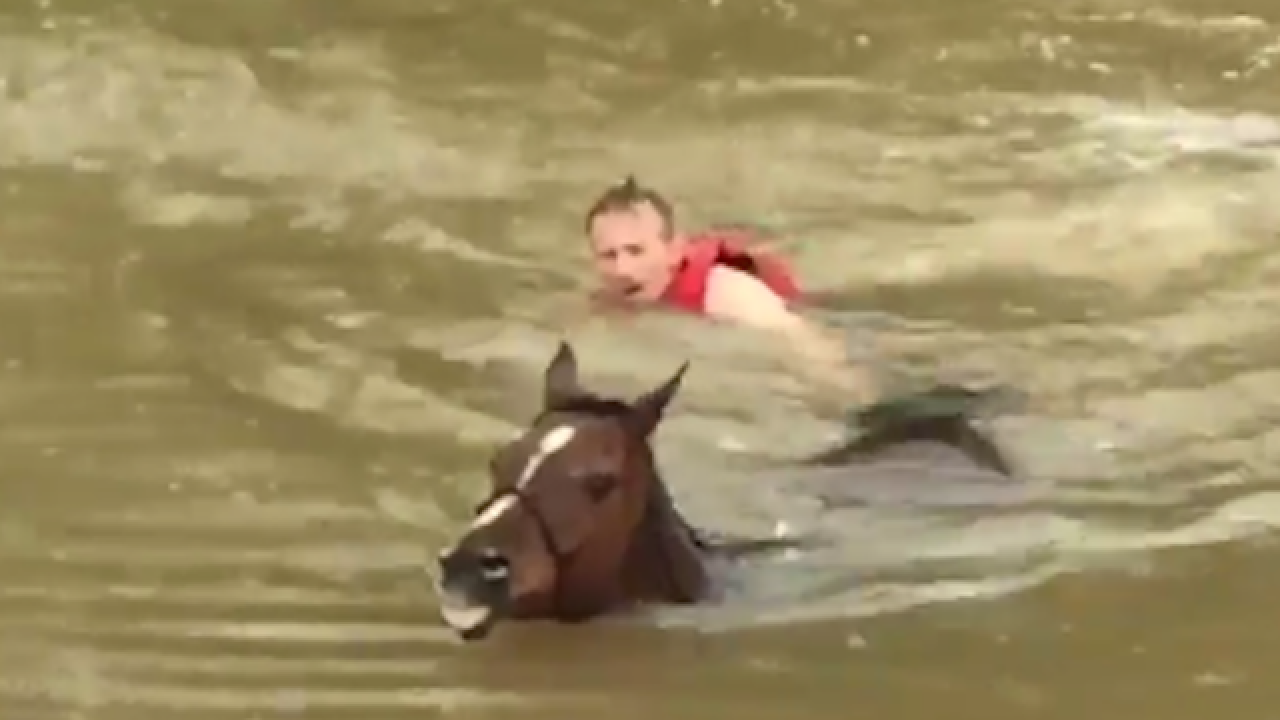 The Houston area received more than 12 inches of rain on Monday, and the historic rainfall totals overwhelmed creeks and rivers — especially the Cypresswood Creek, just north of Houston.

The creek quickly overflowed, putting horses at the nearby Cypress Trails Equestrian Center in water up to their necks.

According to KHOU, Harris County officials quickly called the Texas Animal Health Commission and asked for help in moving the horses to higher ground.

The Animal Health Comission and the Houston SPCA both responded, arriving equipped with small fishing boats to help lead the horses to safety.

According to KTRK, none of the horses died during the rescue. As of Monday afternoon, a few horses were still loose, but not in grave danger.

VIDEO: Volunteers swim out to save another horse from Cypress Creek. @KHOU pic.twitter.com/wC83SbCC4h