Driver had a monkey on his back before arrest 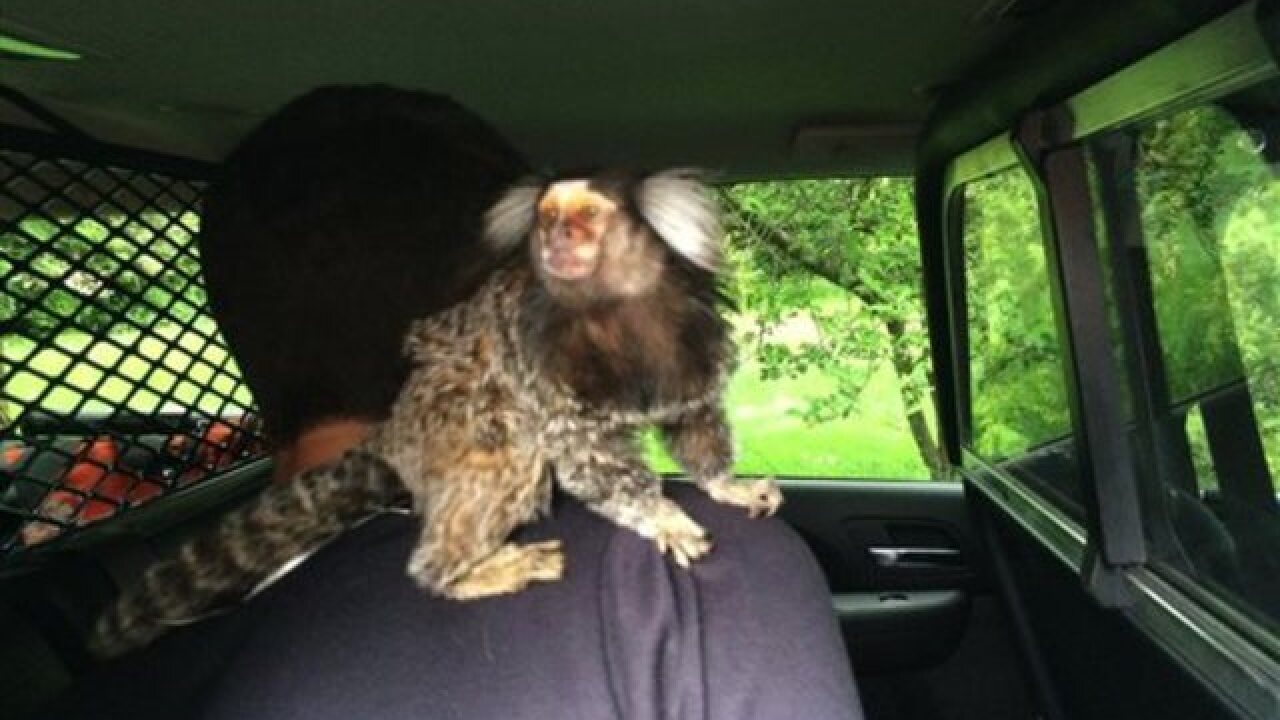 <p>In this photo provided by the Burien Police Department, police officers detain a man with his monkey after he crashed into someone's yard in Burien, Wash., Wednesday, May 4, 2016. The monkey refused to be held by officers, however. They had to call the man's mother to pick up the animal. (Burien Police Department via AP) MANDATORY CREDIT</p>

BURIEN, Wash. (AP) — A Washington state driver who had a monkey on his back wound up with handcuffs on his wrists.
Police in the Seattle suburb of Burien said the driver crashed into a rock in someone's yard after being clocked going 112 mph Wednesday morning.
Witnesses told police that the man ran from the crash but returned to grab his pet monkey out of the car. He then fled with the monkey on his back.
Police Capt. Bryan Howard says responding officers identified the 30-year-old Burien man easily — because he still had a monkey on his back.
They arrested him for fleeing the scene of a crash. But the monkey refused to be held by officers. They had to call the man's mother to pick up the animal.
Associated Press 2016