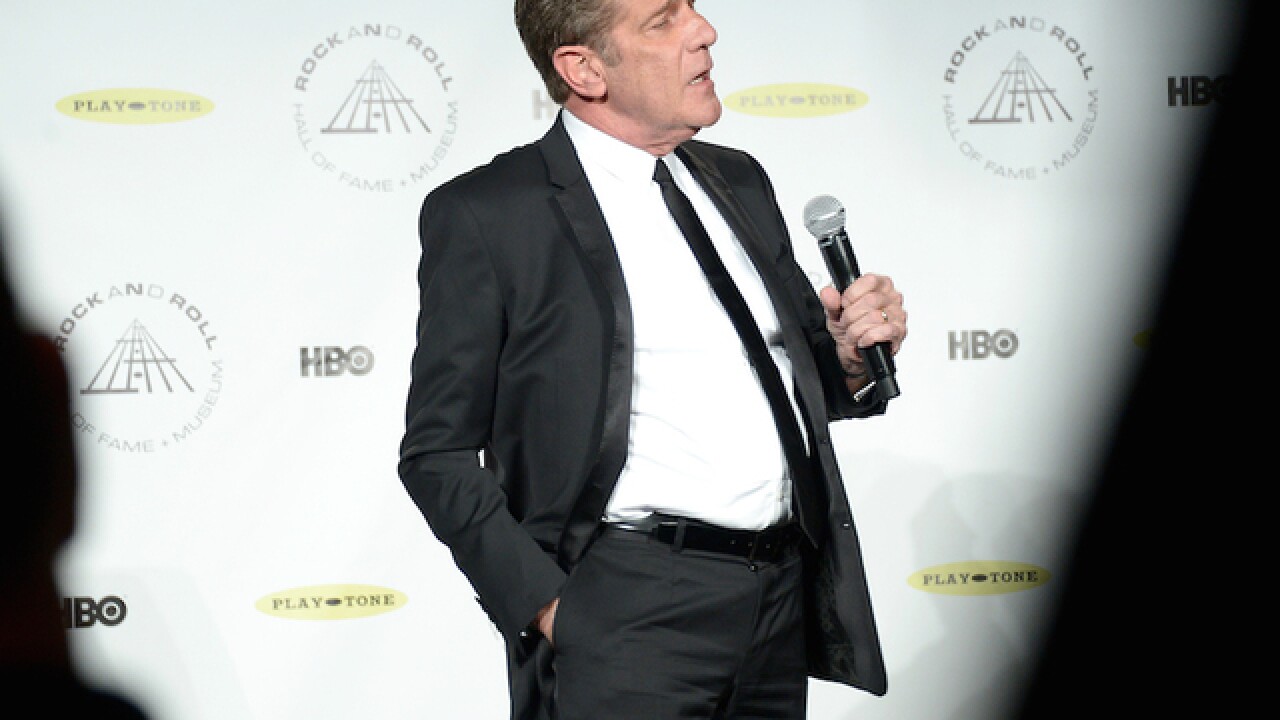 NEW YORK (AP) — Glenn Frey, a rock 'n' roll rebel from Detroit who journeyed West, co-founded the Eagles and with Don Henley became one of history's most successful songwriting teams with such hits as "Hotel California" and "Life in the Fast Lane," has died.

Frey, 67, died of complications from rheumatoid arthritis, acute ulcerative colitis and pneumonia, the band said on its website. He died on Monday in New York. He had fought the ailments for the past several weeks, the band said.

"The Frey family would like to thank everyone who joined Glenn to fight this fight and hoped and prayed for his recovery," a statement on the band's website said. "Words can neither describe our sorrow, nor our love and respect for all that he has given to us, his family, the music community & millions of fans worldwide."

Guitarist Frey and drummer Henley formed the Eagles in Los Angeles in the early 1970s, along with guitarist Bernie Leadon and bassist Randy Meisner. Their popularity grew through much of the decade, and they embodied for many listeners the melodic Los Angeles sound despite having no native Californians in the group. Critics often dismissed them as slick and unadventurous, but their blend of mellow ballads and macho rockers, and of pop and folk and country, gave them unusually broad appeal.

An Eagles greatest-hits collection from the mid-1970s and "Hotel California," released in 1976, both have sold more than 20 million copies and are among the best-selling albums of modern times. Their many hit singles included "The Best of My Love," ''Desperado," ''One of These Nights" and "The Long Run," a prophetic boast from 1979 that they would "go the distance" in the long run." The impulsive Frey and more cerebral Henley shared songwriting and singing duties, with Frey's drawling tenor featured on "Heartache Tonight," ''Already Gone" and the group's breakthrough hit, "Take it Easy."

Their popularity well outlasted their breakup in 1980 and the 14-year hiatus that followed. Their records remained consistent sellers, and they were a top touring act over the last 20 years even though Frey and Henley were the only remaining original members. They were joined on stage by guitarist Joe Walsh, who replaced Leadon in the mid-1970s, and bassist Timothy B. Schmit, who stepped in after Meisner quit in 1977. Guitarist Don Felder was added in 1974 but parted ways with the band in 2001 amid disputes over money.

The band was inducted into the Rock & Roll Hall of Fame in 1998 and was supposed to have been honored at the Kennedy Center last month, but the appearance was postponed because of Frey's health problems.

Frey had occasional success as a solo artist, with songs including "The One You Love" and "You Belong to the City," and he had careers in movies and television. He appeared on episodes of "Miami Vice" and "Nash Bridges," both featuring his friend Don Johnson, and appeared in the film "Jerry McGuire," directed by Cameron Crowe, who had befriended him after he interviewed the Eagles for Rolling Stone magazine in the 1970s. Frey's "The Heat Is On" was a hit from the "Beverly Hills Cop" soundtrack, and his "Smuggler's Blues" inspired a "Miami Vice" episode of the same name.

Frey, known for his oversized jaw, big grin and wavy dark hair, loved music, girls and the rock 'n' roll life. He would meet up with Henley, Meisner and Leadon while all were trying to catch on in the Los Angeles music scene, and for a time the four backed Linda Ronstadt.

The bandmates harmonized memorably on stage and on record but fought often otherwise. Leadon and Meisner departed after run-ins with Frey, and Felder ended up in legal action with the Eagles. The band's breakup in 1980 happened after Felder and Frey nearly came to blows after a concert in Long Beach, California.

Frey and Henley also became estranged for years, their breach a key reason the band stayed apart in the 1980s. Henley had vowed the Eagles would reunite only when "hell freezes over," which became the name of the 1994 album they had never imagined making.

Despite the occasional discord, Henley said Frey was like a brother to him.

"The bond we forged 45 years ago was never broken, even during the 14 years that the Eagles were dissolved," Henley said in a statement. "Glenn was the one who started it all. He was the spark plug, the man with the plan. He had an encyclopedic knowledge of popular music and a work ethic that wouldn't quit. He was funny, bullheaded, mercurial, generous, deeply talented and driven."