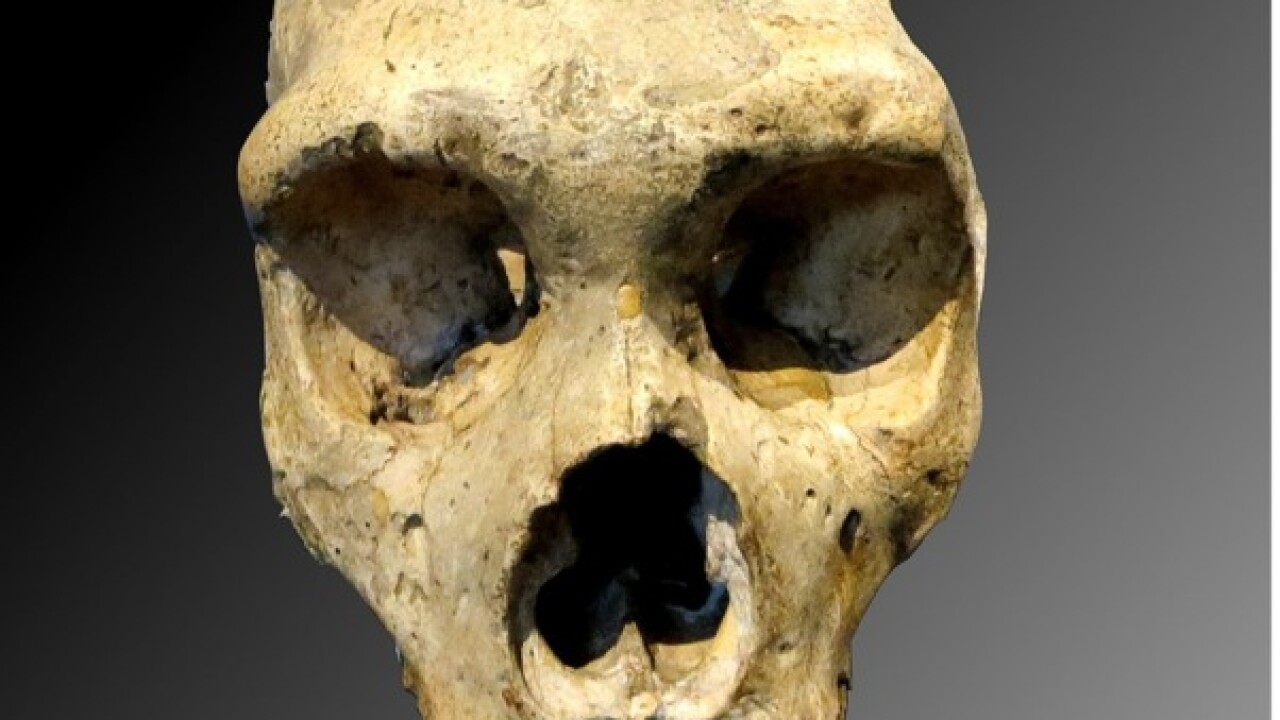 Copyright 2018 Scripps Media, Inc. All rights reserved. This material may not be published, broadcast, rewritten, or redistributed.
<p>Wikicommons: Jononmac46</p>

Two 250,000-year-old teeth from two Neanderthal children revealed that both of them were exposed to lead twice during their short lifetimes, the first known case of lead exposure in Neanderthals.

An international team of researchers studied the two teeth, as well as one from a modern human child who lived 5,000 years ago. All of them are from the same archaeological site in southeast France. The results of their analysis were published Wednesday in the journal Science Advances.

"Traditionally, people thought lead exposure occurred in populations only after industrialization, but these results show it happened prehistorically, before lead had been widely released into the environment," said Christine Austin, study co-author and assistant professor in the Department of Environmental Medicine and Public Health at the Icahn School of Medicine at Mount Sinai. "Our team plans to analyze more teeth from our ancestors and investigate how lead exposures may have affected their health and how that may relate to how our bodies respond to lead today."

And as with tree rings, researchers used the teeth to determine key events in the children's lives. During childhood, new teeth layers are formed each day, capturing chemical signatures that can be traced.

"Teeth record environmental variation based on the climate, even where you're growing up," said Tanya Smith, lead author of the study and associate professor at Griffith University. "That's possible because when you're growing, your teeth you actually lock in a record of the chemistry of the water and the food that you're eating and drinking. Because teeth have these tiny timelines, we can relate the chemistry to the growth to calculate ancient climate records. We can't do that with any other element of the body."

They were able to determine that one of the Neanderthal children was born in the spring and that both children were more likely to be sick during the colder winter seasons. They lived through more extreme seasons with a greater variation in temperature than the modern human child who was also studied.

The intact teeth had growth rings, which the researchers used to measure barium, lead and oxygen. Lasers targeted tiny spots in the teeth to map their chemistry and reconstruct ancient climate records. This reconstruction was able to map a weekly scale of variation, showing when the summer and winter seasons happened and how long they lasted. The researchers related this back to the individual's growth.

"This study reports a major breakthrough in the reconstruction of ancient climates, a significant factor in human evolution, as temperature and precipitation cycles influenced the landscapes and food resources our ancestors relied on," Smith said.

"We were able to identify milk intake through breastfeeding in one individual based on a trace element called barium," Smith said. "We were able to time that to the season."

That individual nursed for 2½ years, which is similar to modern human children who lived in hunter-gatherer environments. "This is something we may share in common with Neanderthals," Smith said. Unfortunately, although the Neanderthal child survived infancy, it did not reach adulthood. The ages of the children were not included in the study.

The researchers believe that the children were exposed to lead environmentally, either inhaling or ingesting it.

"That must have come from natural deposits in the area, whether they were going into an underground environment or they were eating contaminated food that was incorporated into their growing bones and teeth," Smith said.

Smith believes that this research emphasizes the different levels of information that can be taken from teeth.

"We've now got the ability to integrate ancient climate data with health history, nursing history and illness," she said. "To be able to get all that information from a single sample 250,000 years ago is a unique opportunity."

But this doesn't just apply to studying those who lived before us.

"Dietary patterns in our early life have far-reaching consequences for our health, and by understanding how breastfeeding evolved, we can help guide the current population on what is good breastfeeding practice," said Manish Arora, study co-author and vice chairman of the Department of Environmental Medicine and Public Health at the Icahn School of Medicine. "Our research team is working on applying these techniques in contemporary populations to study how breastfeeding alters health trajectories including those of neurodevelopment, cardiac health and other high-priority health outcomes."