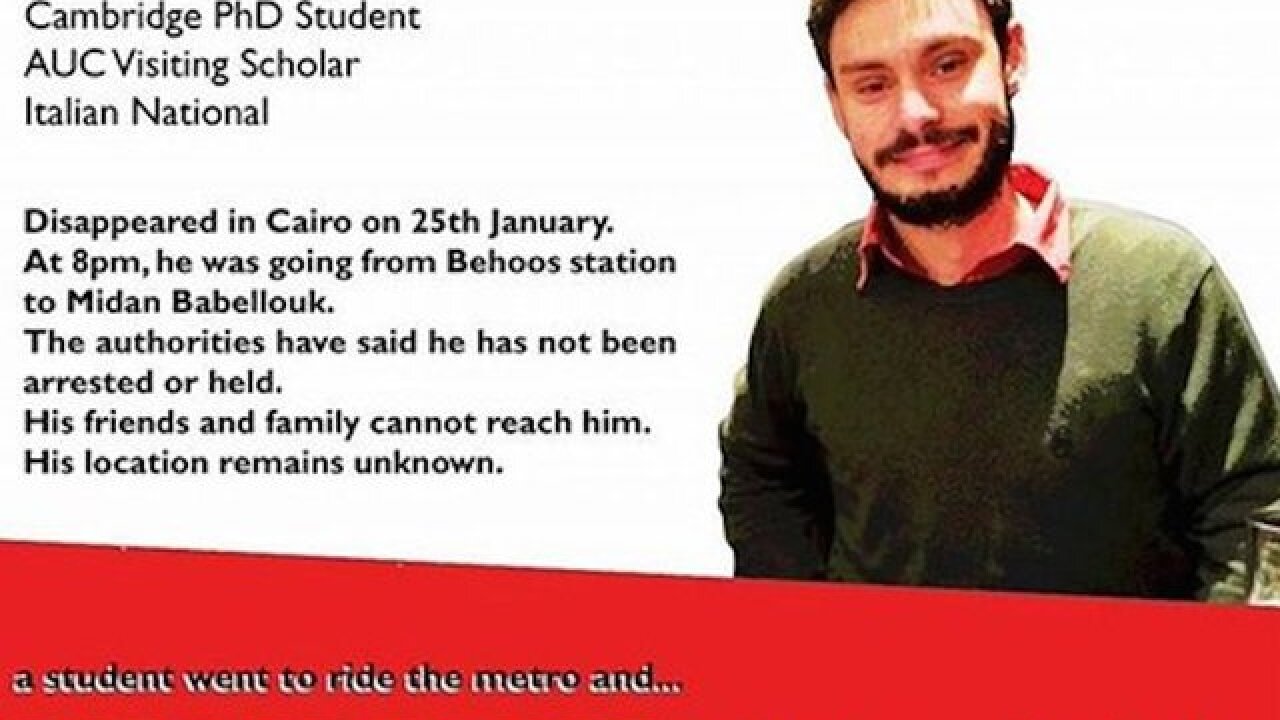 Copyright Associated Press
<p>This image posted online after the Jan. 25, 2016 disappearance of Italian graduate student Giulio Regeni in Cairo, Egypt shows Reggeni in a graphic used in an online campaign, #whereisgiulio seeking information on his whereabouts. The body of the missing Italian student was found with signs of torture, including multiple stab wounds and cigarette burns, by the side of a highway on the outskirts of the Egyptian capital, an investigating prosecutor told The Associated Press on Thursday, Feb. 4, 2015. (#wheresgiulio via AP)</p>

CAIRO (AP) — Egypt's Interior Ministry says investigators believe that "personal reasons" were behind the torture and murder of the Italian student Giulio Regeni, whose body was found in Cairo this month, over a week after he went missing.

The ministry said in a statement on Wednesday that investigation had uncovered no clues to culprits but said "the available information indicates a criminal motive and a desire of revenge for personal reasons."

It warns against "spreading unfounded information" to "mislead public opinion," a clear reference to earlier reports in the international media suggesting the Egyptian police were involved in Regeni's killing.

Regeni disappeared in Cairo on the evening of Jan. 25, when police were out in force to quash any sign of protest to mark the anniversary of the 2011 uprising.