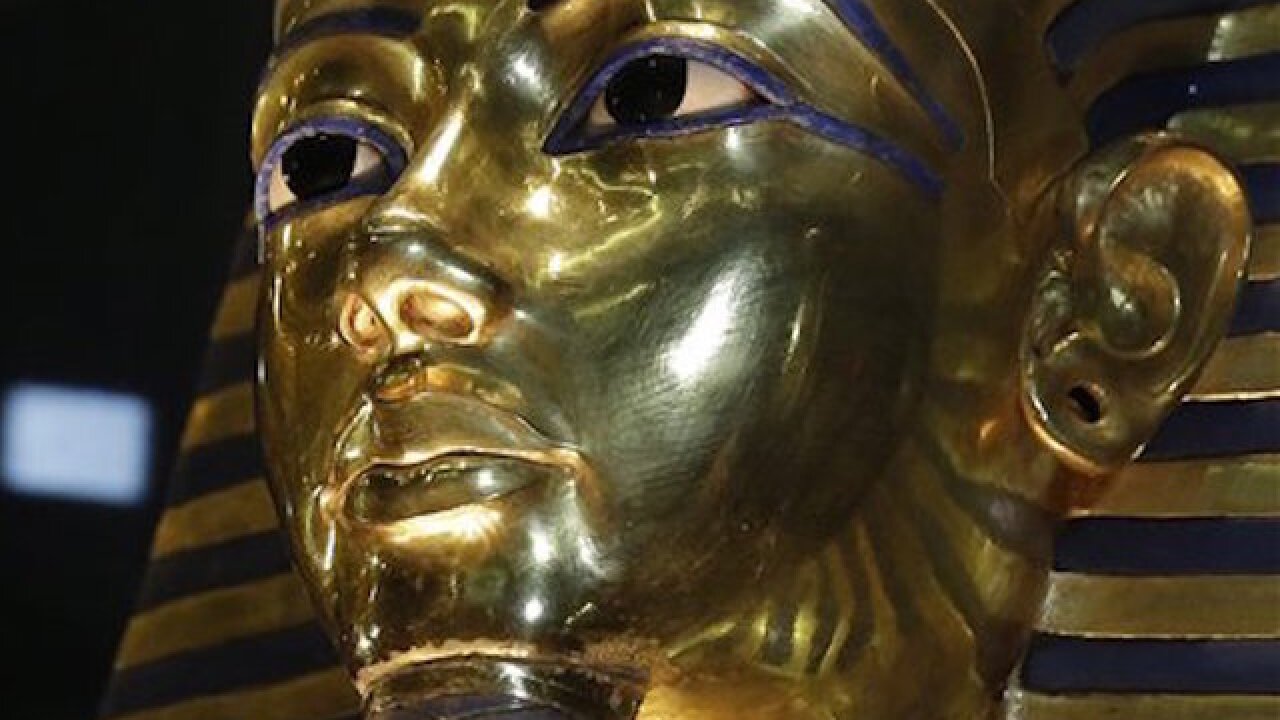 Hassan Ammar
<p>FILE - In this Saturday, Jan. 24, 2015, file photo, the gold mask of King Tutankhamun is seen in its glass case during a press tour, in the Egyptian Museum near Tahrir Square, Cairo, Egypt. Egyptís antiquities ministry said on Thursday, Nov. 26, 2015 that exploration has begun inside King Tutankhamunís 3,300 year-old tomb, in the search for alleged hidden chambers, one of which may include Queen Nefertiti, according to a new theory. (AP Photo/Hassan Ammar, File)</p>

CAIRO (AP) — Egypt put the famed golden burial mask of King Tutankhamun back on display at the Egyptian Museum in Cairo on Wednesday evening after the relic was repaired following a botched attempt to reattach the mask's beard with epoxy.

In August 2014, the beard was accidentally knocked off during work on the relic's lightning, after which workers hastily tried to reattach it with epoxy — causing damage to the priceless artifact and stirring uproar among archaeologists.

A German-Egyptian team began restoration work on the mask in October. Egypt's Antiquities Minister Mamdouh el-Damaty said the reattachment came after studies explored the best materials to use for the work.

"We indeed found them to be the natural materials which the ancient Egyptian used; they are still the best tools: beeswax," el-Damaty told reporters in Cairo on Wednesday. "It was prepared well and the beard was attached very successfully."

"We used wooden tools, spatulas, other wooden instruments ... In addition, we slightly warmed up the adhesive," he said.

The 3,300-year-old pharaonic mask was discovered in Tutankhamun's tomb along with other artifacts by British archeologists in 1922, sparking worldwide interest in archaeology and ancient Egypt.

The mask is arguably the best-known piece in the museum, one of Cairo's main tourist sites, which was built in 1902 and houses ancient Egyptian artifacts and mummies.

Lately, King Tut has been at the focus of new archaeology and media buzz after British Egyptologist Nicholas Reeves theorized that Tutankhamun, who died at the age of 19, may have been rushed into an outer chamber of what was originally Queen Nefertiti's tomb.

Famed for her beauty, Nefertiti was the subject of a famous 3,300-year-old bust. Her tomb was never found and Reeves speculates that it could lie in a hidden chamber behind King Tut's tomb in the Valley of the Kings in Luxor.