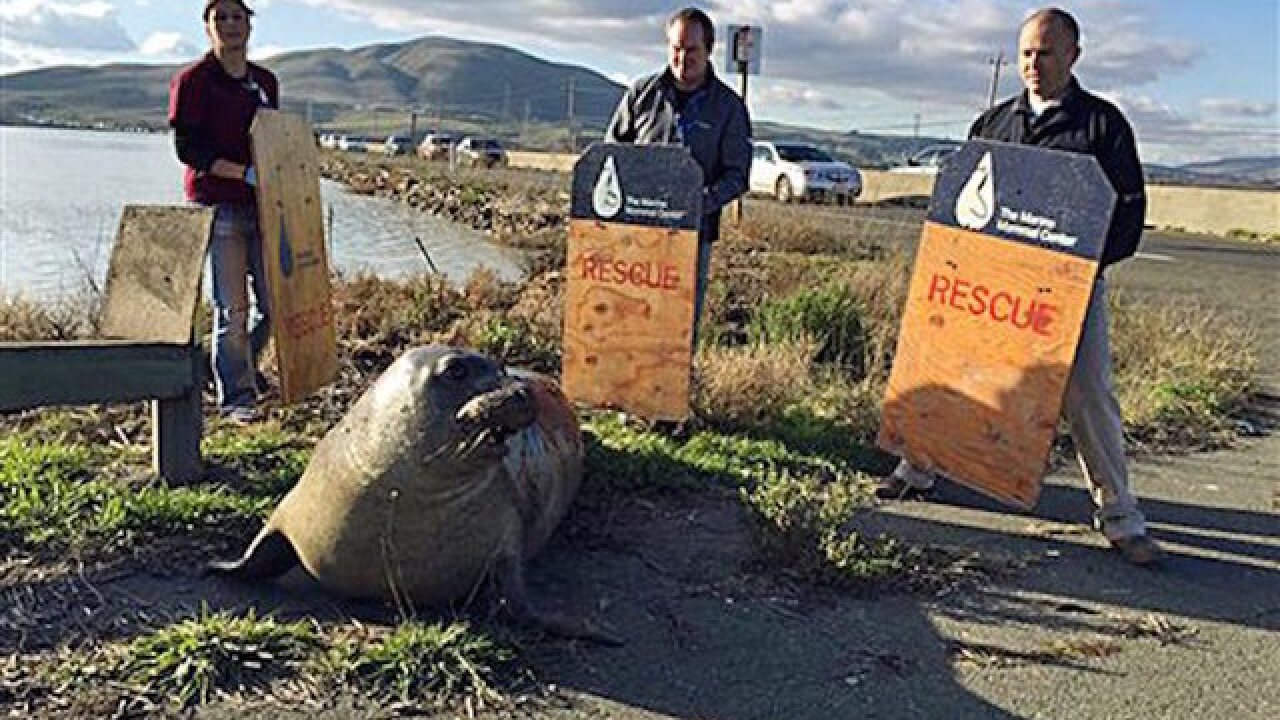 A veterinarian using a pole-mounted tranquilizer sedated the 900-pound elephant seal Tuesday, and at least 12 people loaded the unconscious animal onto a tarp and then brought it to a waiting truck.

Officials planned to examine the pinniped and then take it to Point Reyes, where they'll release it back into the wild, the San Francisco Chronicle reported.

Before the seal was tranquilized, a rescue worker in a kayak used a bullhorn to yell at the animal and try to scare it back into open water, but that effort failed.

Officials said they have no idea why the seal, named "Tolay" by the rescue crews after the inlet she showed up in, was so determined to get away from the bay.

"There's no water or food on the other side of 37, and we checked all along the freeway for anything she might be looking for. There's nothing," said California Highway Patrol Officer Andrew Barclay.

Barbie Halaska, a research assistant at the mammal center, said the wandering seal appeared healthy and fit, and experts think she might be pregnant.

"She's a beautiful animal who appears to be in perfect health," Halaska said.