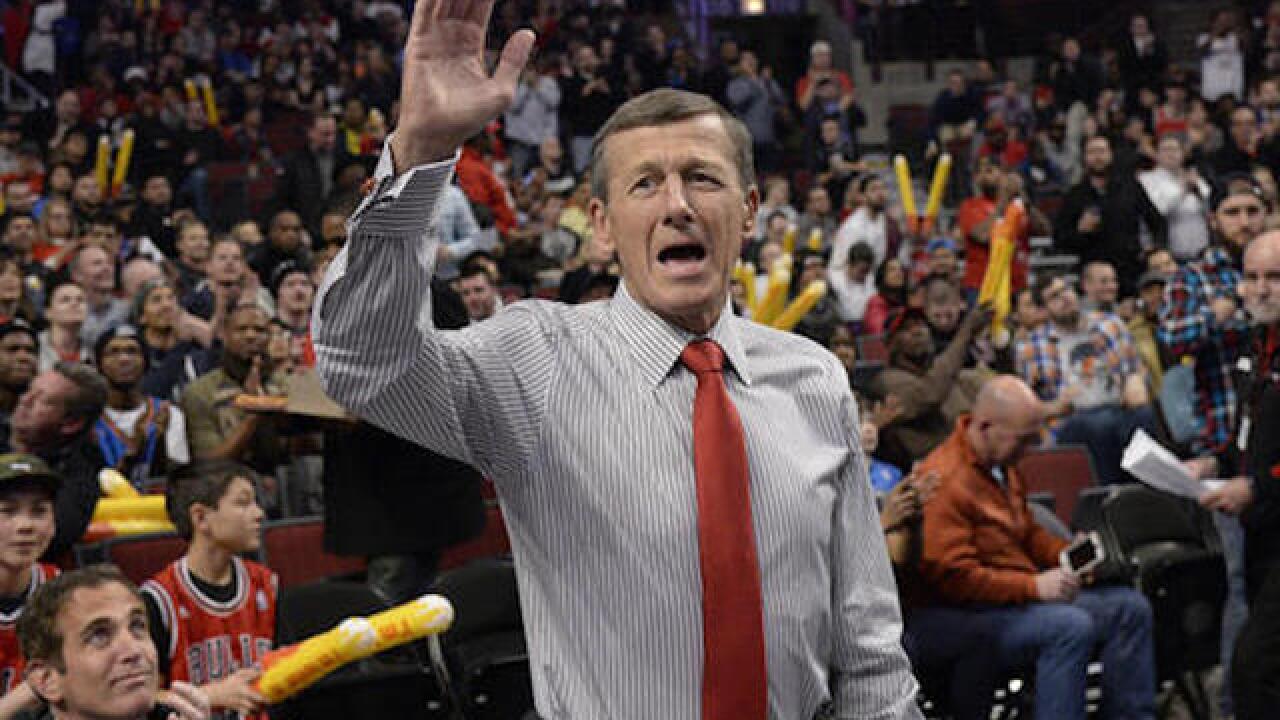 Copyright Associated Press
David Banks
<p>In this March 5, 2015, file photo, Craig Sager acknowledges the crowd during a timeout in a game between the Chicago Bulls and the Oklahoma City Thunder in Chicago. Sager is going to work his first NBA Finals game. The longtime sideline reporter has been added to ESPN's broadcast team for Game 6 of the NBA Finals on Thursday night, June 16, 2016, between the Golden State Warriors and Cleveland Cavaliers. (AP Photo/David Banks)</p>

The longtime sideline reporter — known in large part for his colorful attire — has been added to ESPN's broadcast team for Game 6 of the NBA Finals on Thursday night between the Golden State Warriors and Cleveland Cavaliers.

Sager, who has worked for Turner Sports for 34 years, will share sideline reporting duties with Doris Burke on the ABC broadcast.

"Welcome to our team," Burke said in a video message to Sager released by ESPN on Wednesday. "It's our honor."

Sager was diagnosed with leukemia in 2014 and will be honored at the ESPYs next month with the Jimmy V Perseverance Award, named for Jim Valvano. He announced earlier this year that the disease has returned.

"I'd like to thank Turner and ESPN for approaching me with this tremendous opportunity to be part of The Finals broadcast team," Sager said in a statement. "I've been watching the series very closely and, while I do not want to distract in any way from the event itself, I look forward to being in the building for what will be an incredibly exciting Game 6. The NBA community is a very special one and this is a great honor."

Sager is wildly popular with many NBA players. Dwyane Wade of the Miami Heat designed a tie for his Tie Bar line in Sager's honor earlier in these playoffs, and Turner personalities such as Ernie Johnson, Shaquille O'Neal, Charles Barkley and Kenny Smith all wore it on the same night during the Western Conference finals.

John Wildhack, ESPN's executive vice president for production and programming, said Sager is "an iconic member of the NBA family."

"We hope that this will be a special night for Craig and for NBA fans," Wildhack said.