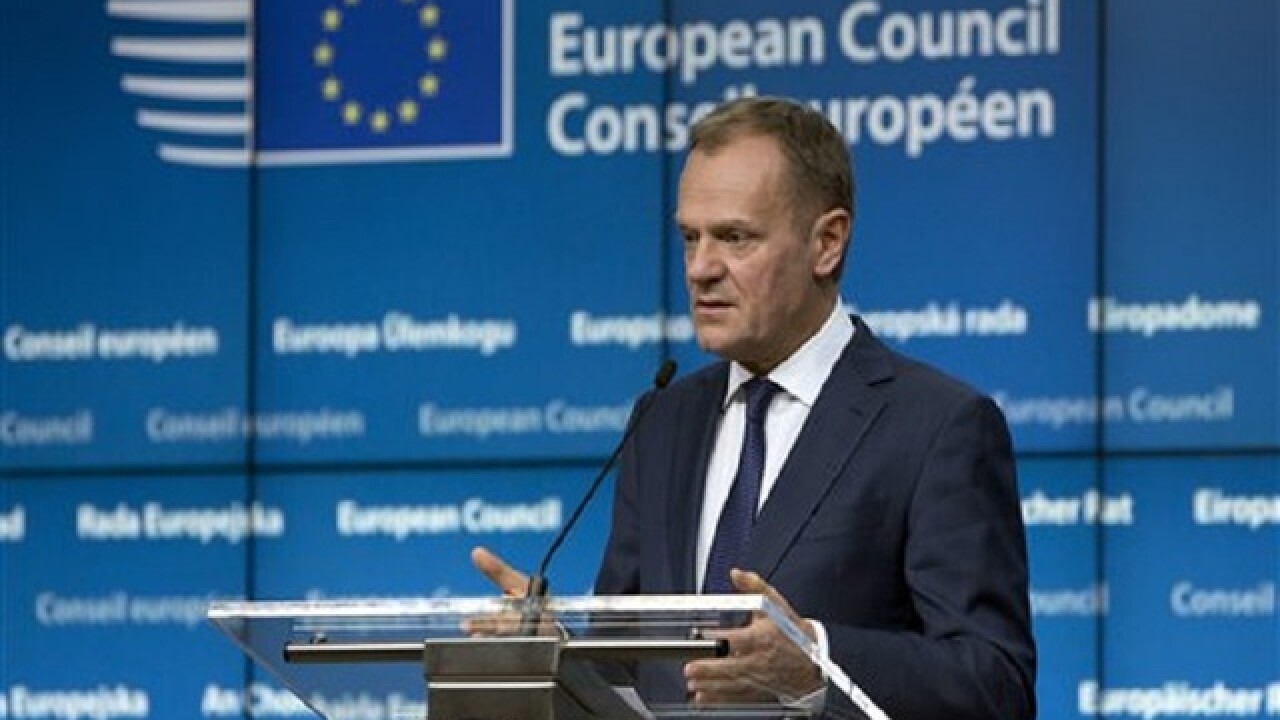 BRUSSELS (AP) — The European Union has called an extraordinary summit with Turkey for early March to coordinate efforts to stem the flow of migrants across the Aegean into Greece.
EU Council President Donald Tusk said early Friday that the EU's "joint action plan with Turkey remains a priority and we must do all we can to succeed."
A precise date has not been set for the summit as the meeting still has not been discussed with Turkey but it is likely to take place in the first week of March.
The EU has promised billions of euros, an easing of visa restrictions and fast-track membership for Turkey to persuade it to tighten border controls.
More than 2 million refugees are on Turkish soil, most of them from Syria.
Associated Press 2016