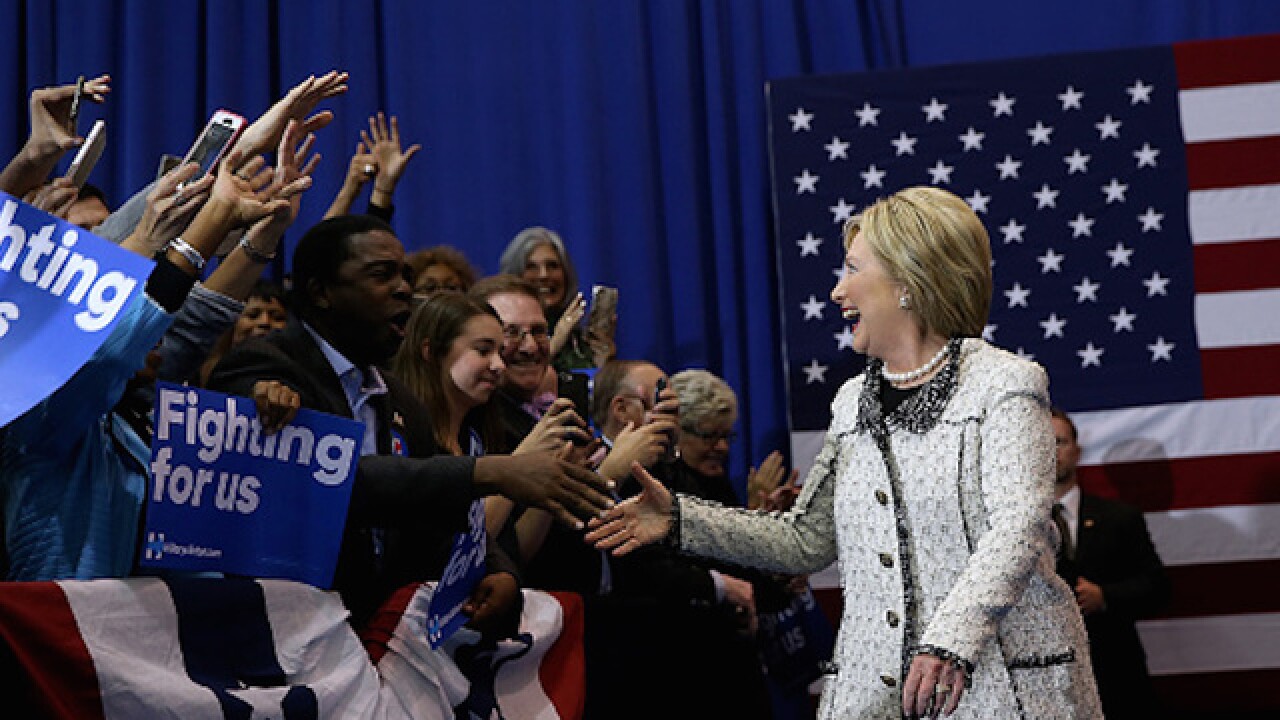 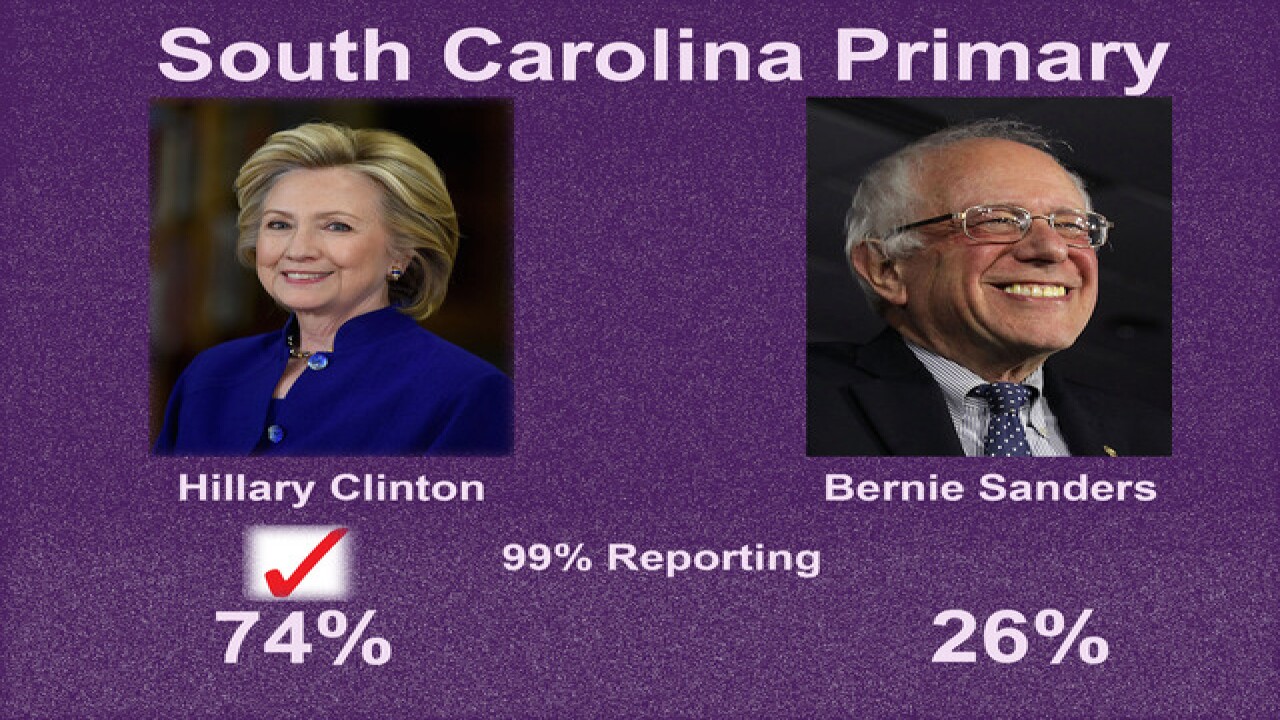 WASHINGTON (AP) — Hillary Clinton won the support by an overwhelming majority of black voters, large majorities of men and women, and even a majority of voters under 45 on her way to a claiming a commanding victory in South Carolina's Democratic primary Saturday.

There were few bright spots for Vermont Sen. Bernie Sanders, according to the exit poll conducted for The Associated Press and television networks by Edison Research.

Here's a look at what the exit poll found:

About 6 in 10 voters in South Carolina's Democratic primary were black, by far the largest proportion of African Americans in any of the contests so far. And nearly 9 in 10 black voters supported Clinton.

White voters were more closely divided between Clinton and Sanders.

Among all primary voters Saturday — black and white — 8 in 10 said the issue of race relations was important to their vote. Among black primary voters, a third said it was the most important issue to them.

Six in 10 South Carolina primary voters were women, and 8 in 10 of them said they voted for Clinton. She was also supported by about 6 in 10 men.

Six in 10 white women supported Clinton, while about 6 in 10 white men said they voted for Sanders.

Clinton won a majority of women under 45, a group that backed Sanders in the previous contests. This time around, they divided the vote among women under 30, but 8 in 10 of those between age 30 and 44 said they voted for Clinton.

Two-thirds of white voters under 45 supported Sanders, but among blacks, that group went overwhelmingly for Clinton.

Clinton won the support of majorities of liberals, moderates and conservatives in Saturday's contest. Eight in 10 primary voters said they were Democrats, and 8 in 10 of them were Clinton voters. Among independents, a slim majority backed Sanders.

Among those looking for a candidate who is honest and trustworthy, Sanders and Clinton split the vote. Democrats looking for a candidate who cares about people like them or one who is honest and trustworthy overwhelmingly supported Sanders in Iowa, New Hampshire and Nevada. In South Carolina, he was still supported by majorities of white voters who cared most about a candidate being honest or caring about people like them.

Questions about Clinton's honesty have dogged her throughout the campaign and appeared to be a weakness in earlier contests. But in South Carolina, three-quarters of voters said Clinton is honest, more than the two-thirds who said the same of Sanders.

Clinton won majorities of voters saying they think the economy, health care or terrorism are the most important issue facing the country, and she even led among those saying income inequality is most important.

More than 4 in 10 South Carolina primary voters said the economy is the most important issue, more than in any other state so far.

Nearly 9 in 10 primary voters Saturday said they prefer a candidate with political experience to an outsider, and 8 in 10 of those voters said they supported Clinton.

The survey was conducted for The Associated Press and the television networks by Edison Research as Democratic voters left their polling places at 30 randomly selected sites in South Carolina. The preliminary results include interviews with 1,461 Democratic primary voters and have a margin of sampling error of plus or minus 4 percentage points.