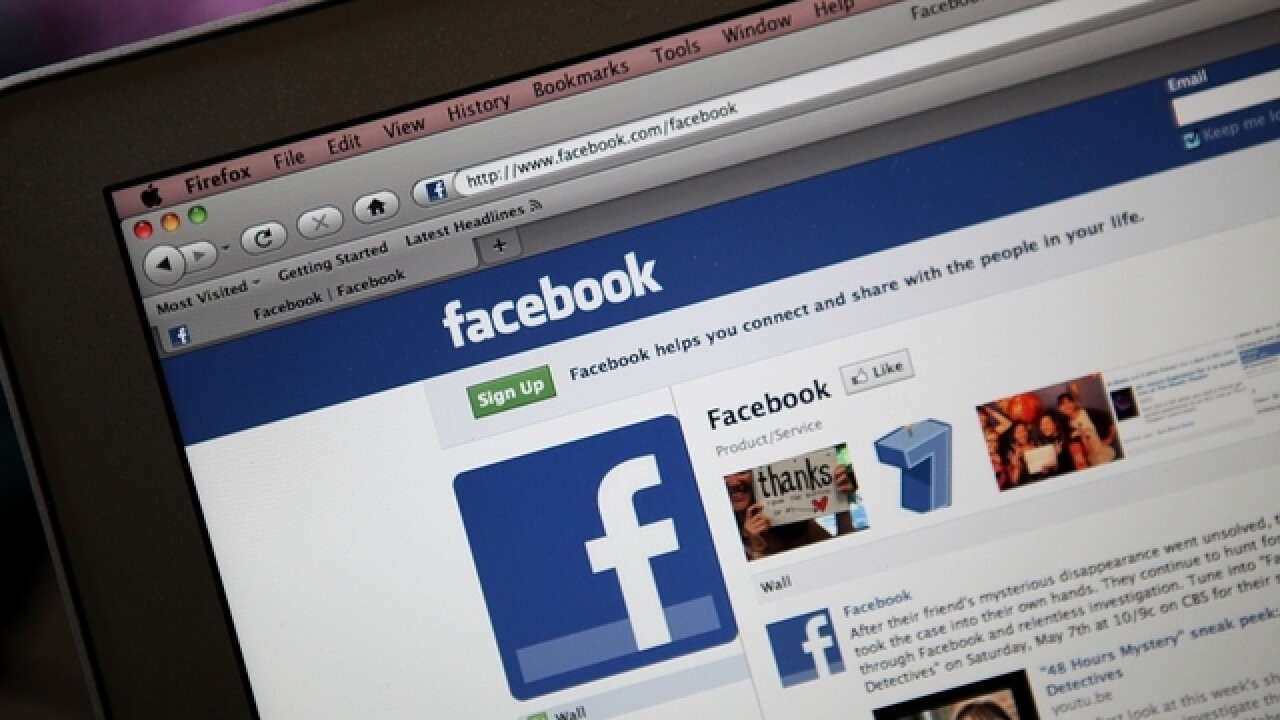 The new policy applies also to Facebook's photo-sharing service Instagram. It comes after gun control groups have long complained that Facebook and other online sites are frequently used by unlicensed sellers and buyers not legally eligible to buy firearms.

Facebook "was unfortunately and unwittingly serving as an online platform for dangerous people to get guns," said Shannon Watts of Everytown for Gun Safety, a group that launched a public campaign to convince the social network to change its policies two years ago.

Watts said her group has found numerous cases of felons and minors who were able to buy guns on the site, including two cases in which the buyers used the guns to slay others. Representatives of two gun-owner rights groups, including the National Rifle Association, did not immediately respond to requests for comment.

Facebook had announced some restrictions on gun sales and advertising in 2014, saying it would block minors from seeing posts that advertised guns. But the social network did not ban private sales at that time.

Licensed firearms retailers can still promote their businesses on Facebook, but they aren't allowed to accept orders or make sales on the site.

A Facebook Inc. spokeswoman said the new policy arose from the company's review of its rules following its recent efforts to encourage new forms of commerce on the site. Facebook expanded its digital payments service last summer, allowing users of its Messenger service to send electronic payments to other individual users.

"Over the last two years, more and more people have been using Facebook to discover products and to buy and sell things to one another," Monika Bickert, who oversees Facebook product policies, said in a statement. "We are continuing to develop, test, and launch new products to make this experience even better for people and are updating our regulated goods policies to reflect this evolution."

Watts, however, said her group had urged Facebook to take stiffer measures, during a series of low-key contacts.

"They were very, very open to our thoughts on policy and to the research we have been compiling," Watts said. "I think they definitely saw this was an issue, but an incredibly complicated issue. I think that's why it's taken two years."

Facebook, which is based in Menlo Park, California, cited the need to balance free expression with public safety when it announced the 2014 policy change in a blog post. At the time, some gun-control advocates complained Facebook didn't go further, while news reports quoted a spokesman for the National Rifle Association who declared victory over what he called a campaign to stifle constitutionally protected speech.

Everytown for Gun Safety was formed by the merger of a group started by Watts and another formed by former New York Mayor Michael Bloomberg.

A spokesman for a different group, the Brady Campaign and Center to Prevent Gun Violence, praised Facebook's move in a statement Friday.

"It is simply too easy for virtually anyone to buy any gun they want online without a Brady background check," said the group's president, Dan Gross. "Facebook just took an important step in addressing that challenge and we call on others to follow suit."