Family member speaks out about 3 kids allegedly murdered by Phoenix mom: 'How did I not notice?' 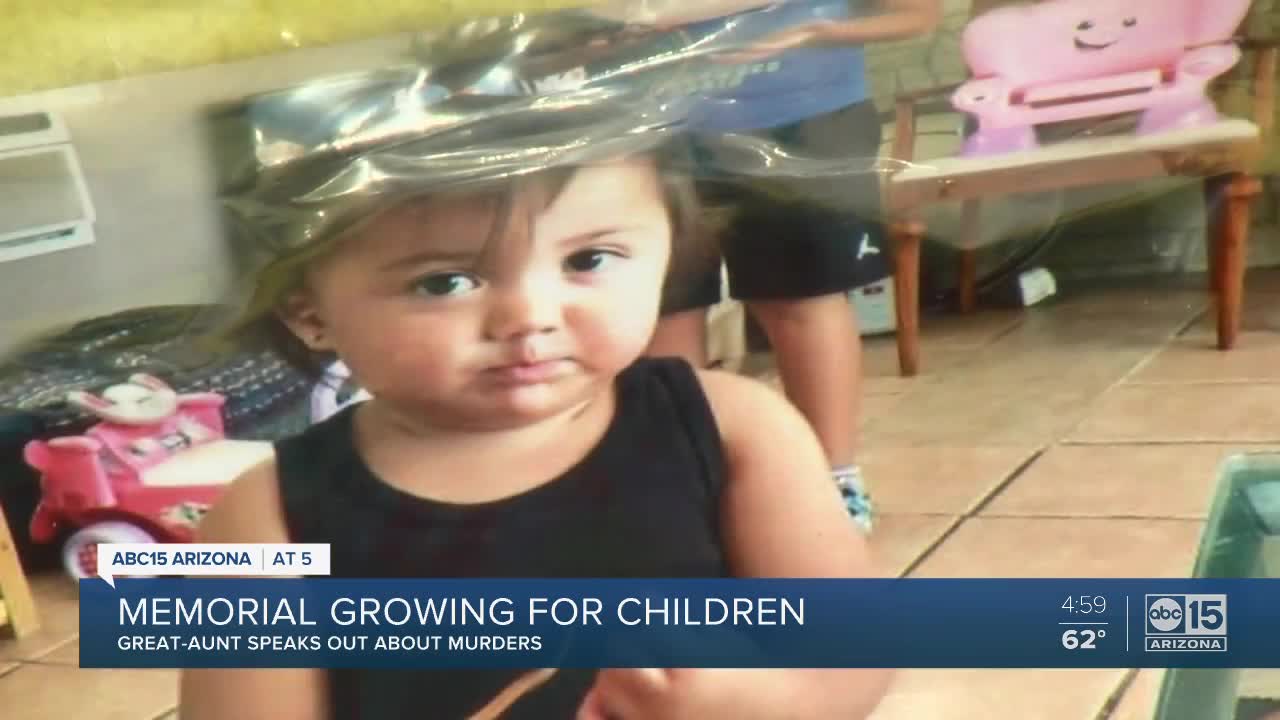 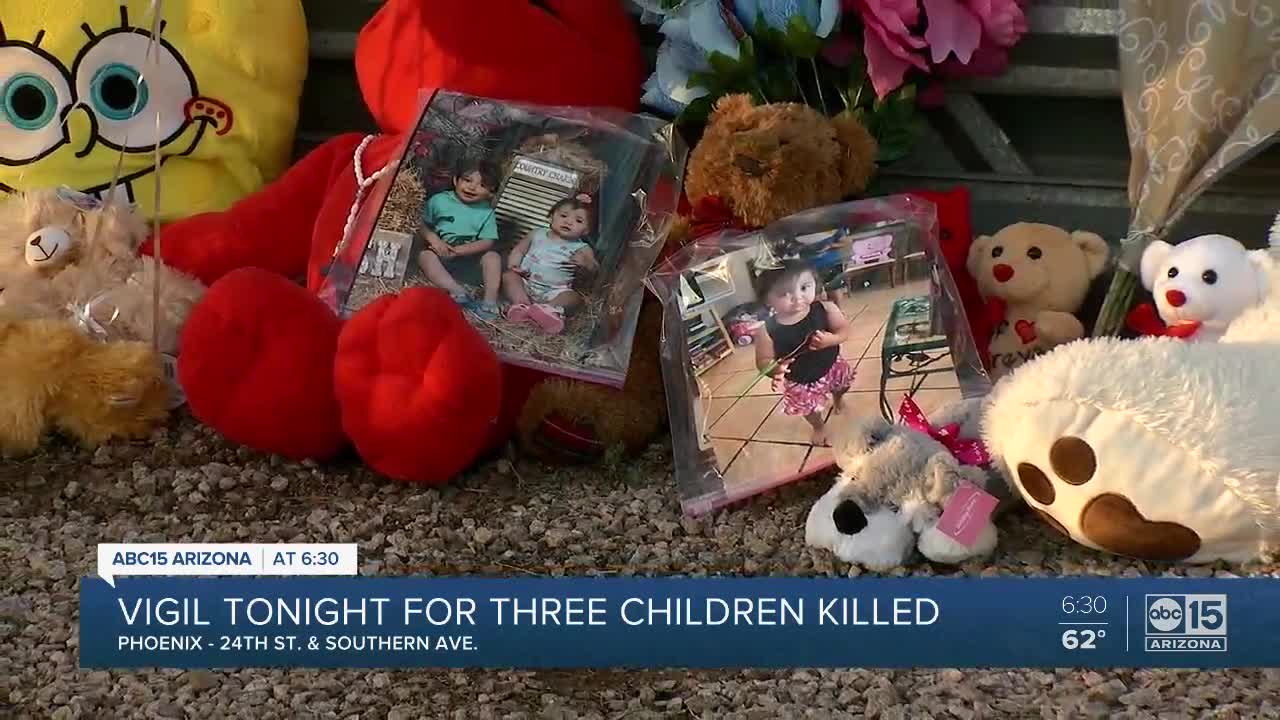 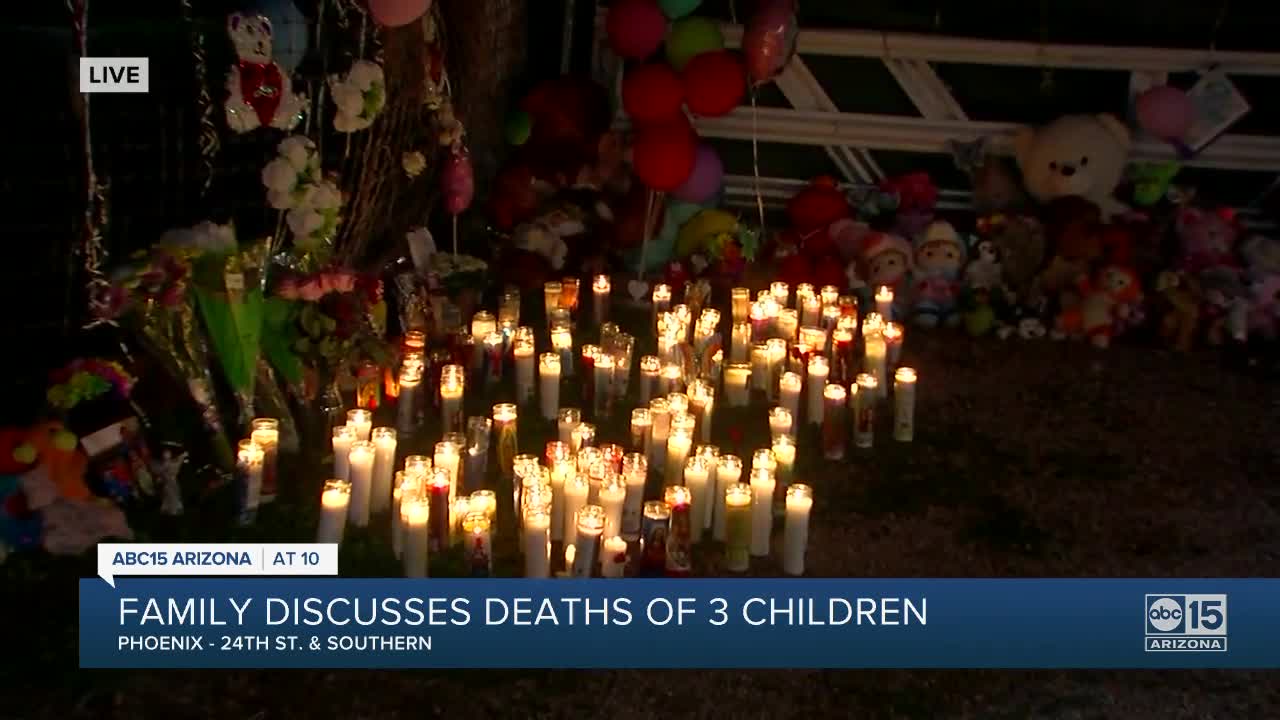 PHOENIX, Ariz. -- The great-aunt of the three young children killed inside a Phoenix home Monday says she can't begin to understand how their mother would be capable of murdering her kids.

Pearl Rebolledo spoke with KNXV at her home on Vineyard Road where police say the children - -all three years old and younger -- were killed Monday night. Their mother, 22-year-old Rachel Henry, confessed to smothering them one by one, police say.

A memorial for the three kids continues to grow outside Rebolledo's home.

Rebolledo lives in the home with her husband. She said her nephew, the kids' father, and Henry were staying at the home with the three kids. She said Monday, Henry told her she was going to put the kids down for a nap.

Court documents said Henry sang to the children while smothering them. She then laid them out on the living room couch to make it look as if they were sleeping.

“I’m not a monster. Those types of things don’t cross my mind. I still can’t imagine how she could’ve done this to her own children. Why would I ever think that she would’ve done something to them? There's no reason," said Rebolledo.

Henry is facing three counts of first-degree murder. In court Tuesday, an attorney for the state said Henry had a history of drug addiction and that her kids had previously been removed from her home because of it.

“Even people who use drugs don’t kill their kids. You know? I mean, it’s not a good thing but who does that?" said Rebolledo.

A vigil for the children was held Wednesday night.

Pedro Rios, the children's father, cradled a picture of all three while he sobbed and prayed.

"Now there's 100 million things that I would've done differently from never letting her back into my home to three more steps into the room. I would've seen, you know, but I can't change anything now," said Rios.

Rios and Rebolledo made a point to say thank you to the dozens of strangers who took time out of their night to stand, pray and mourn the family's loss.

This story was originally published by Claudia Rupcich at KNXV.