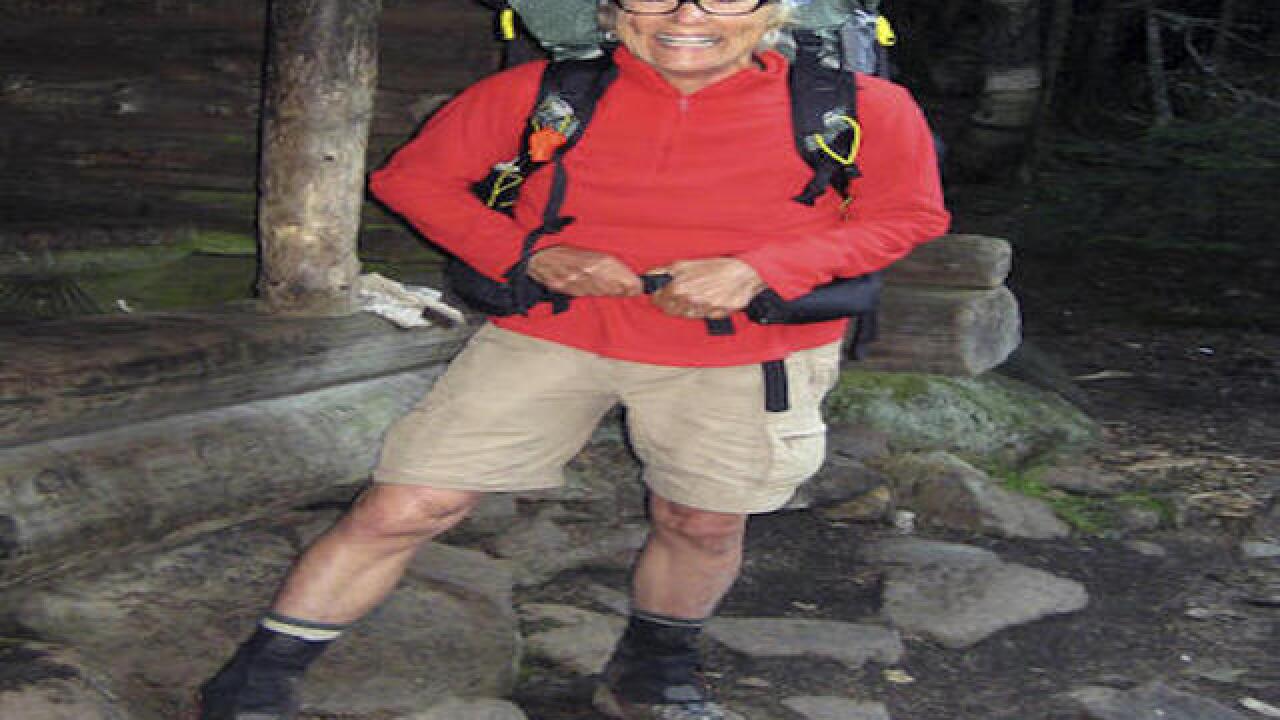 PORTLAND, Maine (AP) — When she became lost in the Maine woods, Appalachian Trail hiker Geraldine Largay did what she thought she was supposed to do. She stayed put, pitched her tent and waited for help.

Journal entries after she lost her way in July 2013 suggest she survived for another two weeks or more after the Maine Warden Service scaled back their search for her.

The revelations didn't shake the family's belief that hundreds of searchers did all they could to find her.

"While we grieve for Gerry, we do not second-guess any of the efforts to find her when she went missing. We witnessed firsthand the passion and commitment of the hundreds of game wardens and volunteers who searched for her," the family said in a statement Friday evening.

Documents released by the Maine Warden Service on Wednesday in response to Freedom of Access Act requests by media organizations indicate the 66-year-old woman from Brentwood, Tennessee, survived more than three weeks after getting lost.

The slow-and-steady hiker who earned the trail nickname "Inchworm" lived on even after wardens announced on Aug. 4, 2013, that one of the most extensive searches in state history would be "extensively scaled back." Her last journal entry was dated Aug. 18.

Virtually every rescue team in the state had been asked to assist in finding Largay, said Chris Hayward, a member of Mahoosuc Mountain Rescue Team.

"It definitely was a very aggressive effort. There's no question about that," said Dave Martin, from Dirigo Search and Rescue.

The terrain where Largay disappeared in western Maine is rugged, making it difficult for searchers. Cell signals were nonexistent, as Largay discovered in her futile attempts to text her husband to send help on July 22 — the day she got lost — and again on July 23.

Searchers came close on at least three occasions, the documents indicated, but didn't find her campsite in Redington Township.

Resigned to her fate, Largay wrote a note directing anyone who found her remains to contact her husband, George, and daughter, Kerry.

Her body was in a sleeping bag in a collapsed tent when it was found last October, more than two years after she went missing. She died from lack of food and water, and environmental exposure.

In the statement, the family said "her final days were a testament to her bravery, resourcefulness and her faith."

"Gerry was doing exactly what she wanted to do. She'd hiked a thousand miles — after 200 miles of training hikes the year prior — and as the warden's report indicates, she was lucid and thinking of others, as always, until the end," the statement said.

The Warden Service documents indicate she'd left behind in a motel room a GPS device that could've sent an emergency signal. They also indicated some questioned Largay's ability to use a compass — which was found in her belongings — but two hikers who may have been the last to see her alive said she seemed to be fairly experienced hiker.

Regina Clark, 54, of Frederick, Maryland, and Dottie Rust, 60, of Thurmont, Maryland, stayed overnight with Largay at the Poplar Ridge Lean-To, a wooden shelter.

The next morning, Rust snapped the last known photo of a beaming Largay.

Several hours later, Largay lost her bearings after leaving the trail to go the bathroom. Trail etiquette suggests hikers travel as far as 200 feet from the trail to relieve themselves and hikers can easily lose sight of the trail.

Clark said Largay remains on her mind "all the time."

"After it happened, the next hike I went on, my family was very concerned. I told them, 'If I don't come back, like Inchworm, I'll be happy out there, doing what I love,'" Clark said. "I hope Inchworm was at peace, too."