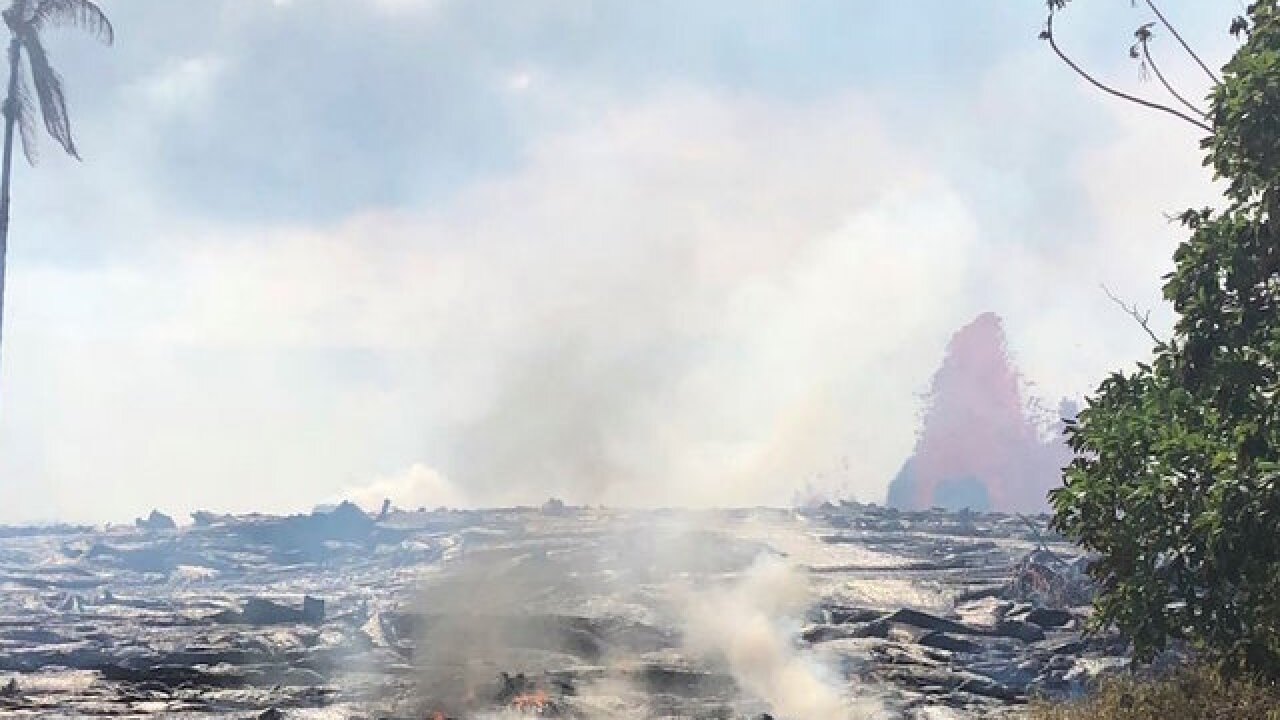 A fast-moving lava flow from Hawaii's Kilauea volcano forced yet more residents out of their homes, with an emergency alert calling for immediate evacuations.

The agency said the latest evacuations were due to activity from fissure 7, one of 24 cracks in the ground that have opened in the island's East Rift Zone since the start of the month.

The US Geological Survey said Sunday that fissure 7 was "very active, producing a large spatter rampart over 100 feet tall from fountains reaching 150-200 feet."

The USGS warned that magma was still flowing into the rift zone.

"Additional ground cracking and outbreaks of lava in the area of the active fissures are possible. Residents downslope of the region of fissures should heed all Hawaii County Civil Defense messages and warnings," it said.

Volcanic gas emissions also remained very high, the USGS said. "Trade winds are expected to diminish Sunday evening, which could expand the area impacted by vog," it said in a statement.

Vog -- or volcanic smog -- is a haze created when sulfur dioxide gas and other volcanic pollutants settle with moisture and dust. It can cause respiratory illness.

A decrease in trade winds could also see ashfall in communities around the Kilauea volcano's summit, with ash continuing to erupt from a crater there, the USGS said.

At noon Sunday, an ash column reached nearly 10,000 ft, it said: "Additional explosive events that could produce minor amounts of ashfall downwind are possible at any time. Volcanic gas emissions at the summit remain high."

"Lava flow from Fissures 7 and 21 crossed into PGV property overnight and has now covered one well that was successfully plugged. That well, along with a second well 100 feet away, are stable and secured, and are being monitored. Also due to preventative measures, neither well is expected to release any hydrogen sulfide," it said.

About 2,200 acres had been covered in lava since the Kilauea volcano eruptions began May 3, Magno said.