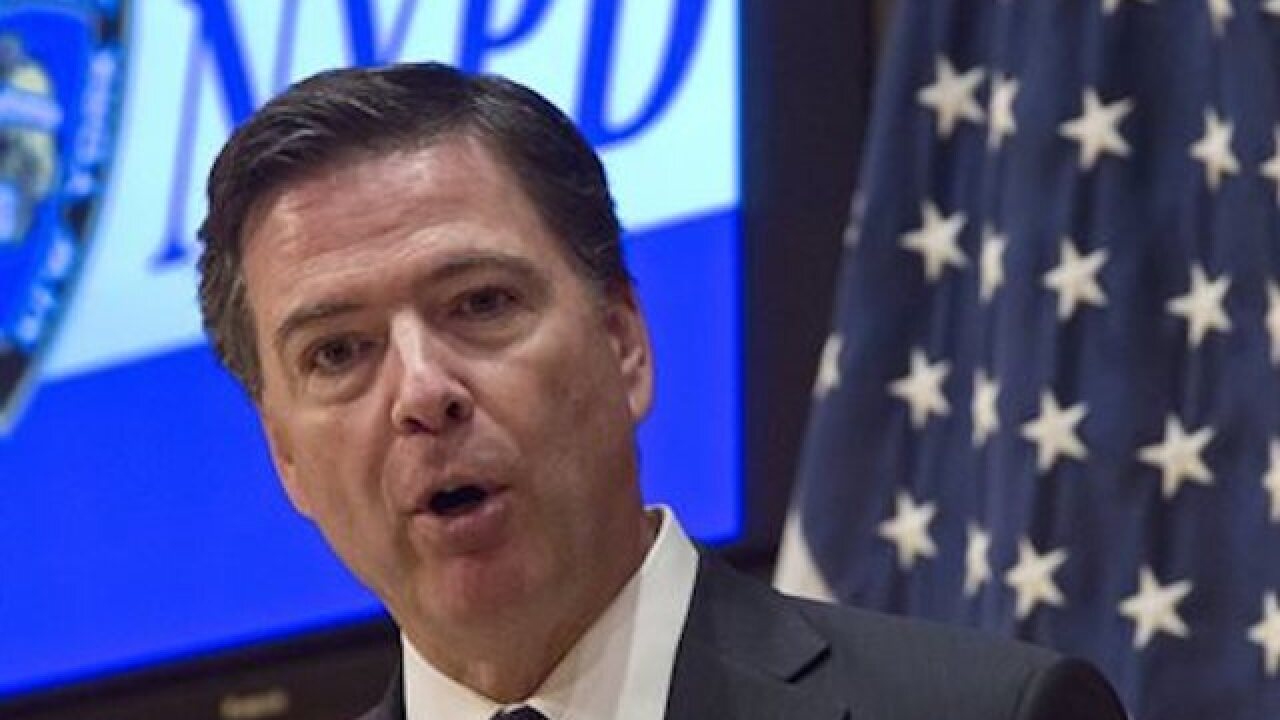 Bebeto Matthews
<p>FBI Director James Comey speaks during a press conference after addressing the NYPD Shield Conference at NYPD headquarters, Wednesday, Dec. 16, 2015, in New York. Comey says the husband-and-wife team who killed 14 and wounded 21 others this month in San Bernardino, California, exchanged private direct messages and there has been no evidence to suggest the couple posted on social media. (AP Photo/Bebeto Matthews)</p>

NEW YORK (AP) — The FBI director says the husband-and-wife team who killed 14 people in San Bernardino, California, communicated privately about jihad before they were married, but there is no evidence to suggest the couple posted publicly on social media about it.

James Comey spoke Wednesday at a New York City security initiative with private businesses. He says the couple communicated online before they met in person, during which they discussed a mutual commitment to jihad and martyrdom.

Comey also said the July 16 attack in Chattanooga on two military sites where five U.S. service members were killed was terrorism. The FBI had previously hesitated to call it a terror attack.

Comey says he understands Americans are jittery, but citizens should try to channel their awareness into vigilance, not panic.