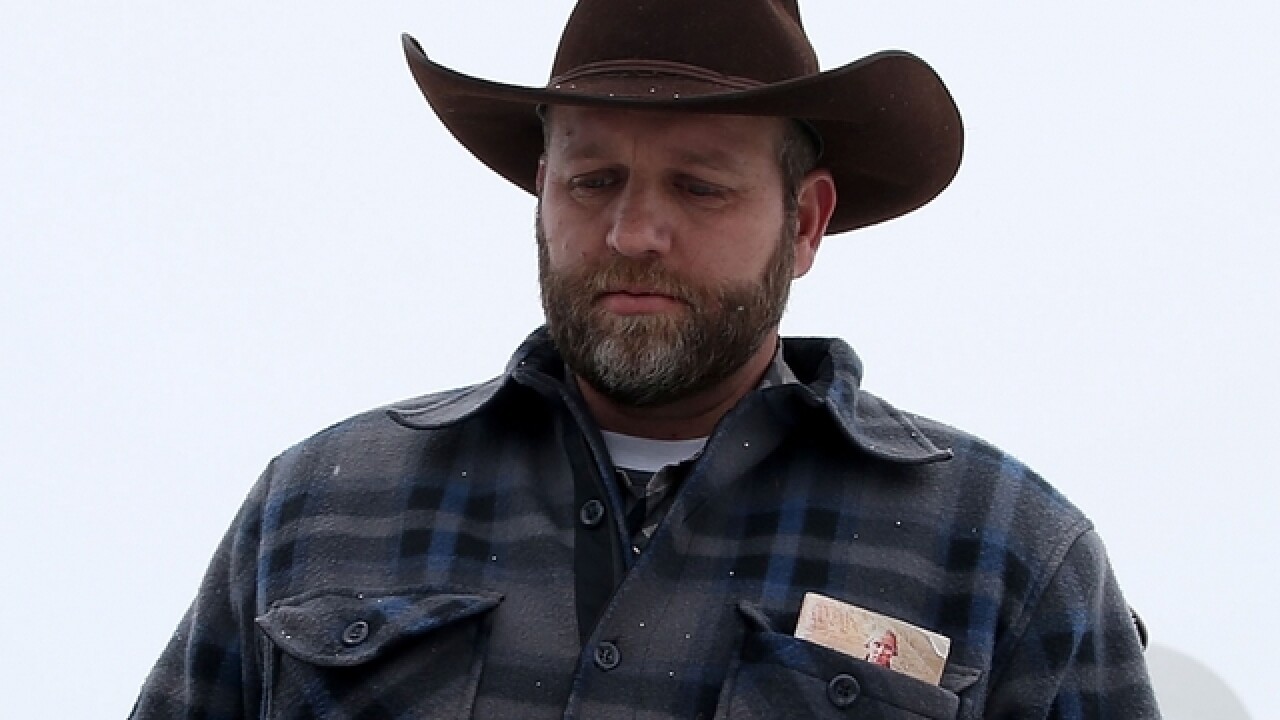 PORTLAND, Ore. (AP) — The FBI surrounded the last four occupiers of a wildlife refuge in eastern Oregon on Wednesday night as the holdouts argued with a negotiator and yelled at law enforcement officers in armored vehicles to back off.

The tense standoff between law enforcement officers and the four occupiers was being livestreamed on the Internet by an acquaintance of one of the holdouts, David Fry.

Fry, 27, sounded increasingly unraveled as he continually yelled, at times hysterically, at what he said was an FBI negotiator.

"You're going to hell. Kill me. Get it over with," he said. "We're innocent people camping at a public facility, and you're going to murder us."

"The only way we're leaving here is dead or without charges," Fry said, who told the FBI to "get the hell out of Oregon."

Fry said the group was surrounded by armored vehicles.

Fry and the three others are the last remnants of an armed group that seized the Malheur National Wildlife Refuge on Jan. 2 to oppose federal land-use policies.

Greg Bretzing, special agent in charge of the FBI in Oregon, said in a statement that the situation had reached a point where it "became necessary to take action" to ensure the safety of all involved.

The four remained despite the arrests of group leader Ammon Bundy and others Jan. 26 on a remote road outside the refuge.

Another occupier, Sandy Anderson, said after the group was surrounded: "They're threatening us. They're getting closer. I pray that there's a revolution if we die here tonight."

Her husband and fellow occupier, Sean Anderson, said in the livestream: "We will not fire until fired upon. We haven't broken any laws, came here to recognize our constitutional rights. Help us."

The occupiers said they saw snipers on a hill and a drone.