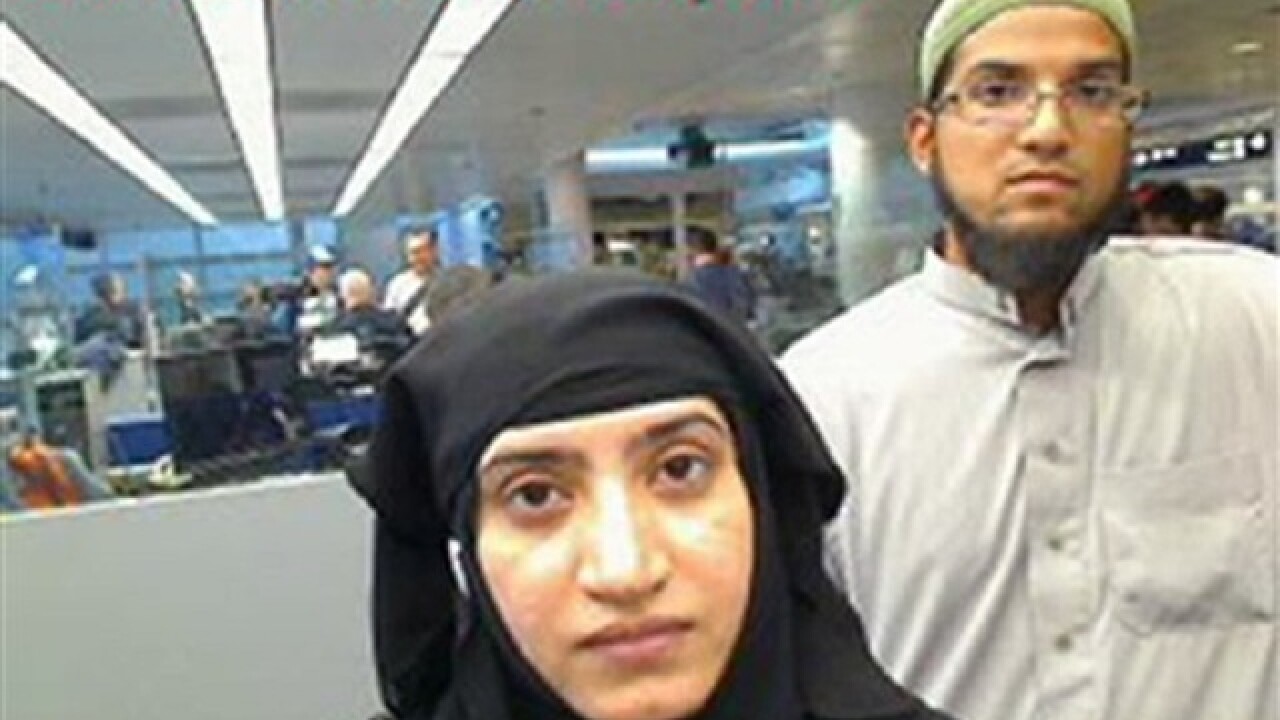 CORONA, Calif. (AP) — FBI agents on Thursday searched the California home belonging to a family member of the husband-and-wife killers who massacred 14 people in the San Bernardino terror attack, but the relative was not arrested and has not been named a suspect.

Syed Rizwan Farook's brother, Syed Raheel Farook, is a military veteran who earned medals for fighting global terrorism. The search warrant is sealed, and FBI spokeswoman Laura Eimiller would not disclose any information other than to confirm a search was conducted at a home in the city of Corona in an ongoing investigation.

To serve a search warrant, authorities must have probable cause a crime was committed and items connected to the crime are likely to be found at the location.

Messages left for attorneys representing the Farook family were not immediately returned.

Stacy Mozer, who lives around the corner from the home, said he watched as agents carried away armloads of boxes filled with manila envelopes, a computer tower and stacks of paper. At least a dozen agents were present.

He described Raheel Farook and wife Tatiana as ideal neighbors. The couple drove another neighbor to doctor's appointments last year when she had cancer surgery, treated her to meals out and fetched her prescriptions for her, even paying for them, he said.

The couple frequently strolled with their 1-year-old daughter around the community of town homes and took her to the pool.

"I would find it very hard to believe that they would be involved in any way," he said. "I do know that if you have a family member, you don't have control of their lives, and I don't think they had control of their brother's life."

Mozer said the family's home was searched twice after the December shooting, and authorities broke down the door on an earlier occasion.

Syed Rizwan Farook and his wife, Tashfeen Malik, opened fire Dec. 2 at a meeting of his San Bernardino County co-workers. They died hours later in a shootout with police. The 14 people killed marked the deadliest terror attack on U.S. soil since Sept. 11, 2001.

Farook's family has said it had no inkling about the plot.

The chief of the FBI's Los Angeles field office told The Associated Press last month that some of the most basic questions related to the shootings had not been answered, including whether anyone else was involved. At the time, David Bowdich said investigators were not looking past anyone and had "a very open mind on this investigation."

The search of the Farook home came a day after Apple CEO Tim Cook said the company would fight federal government efforts to help the FBI hack into an iPhone used by the gunman.

So far, the only person charged in connection with the attack is Enrique Marquez, a friend and former neighbor of Rizwan Farook's. Marquez is charged with providing the assault rifles used in the massacre, making false statements about when he bought the weapons and conspiring with Rizwan Farook on a pair of previously planned attacks that were never carried out.

Marquez also faces charges of marriage fraud and lying on immigration paperwork. The FBI said he acknowledged that he was paid $200 a month to marry the sister of Raheel Farook's wife, and he lied on immigration papers that he lived with her so she could stay in the U.S.

Marquez and his wife listed their address at the same Corona home that was searched by the FBI on Thursday.