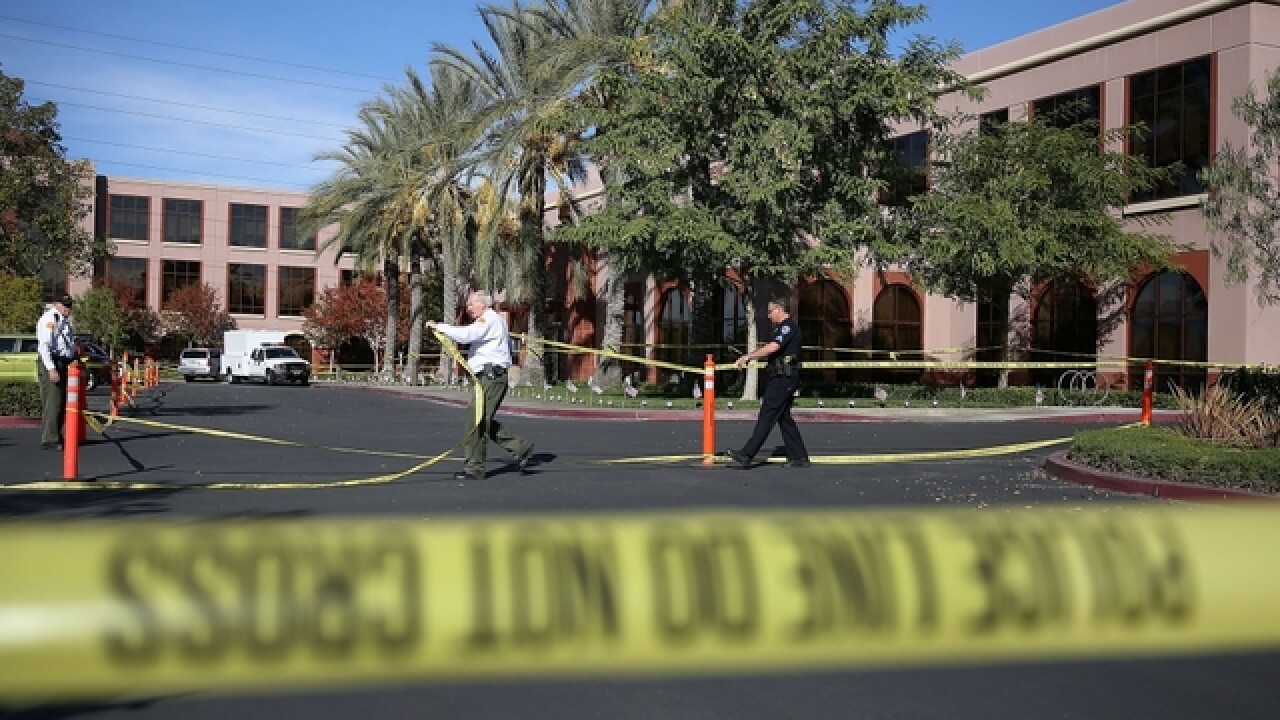 SAN BERNARDINO, Calif. (AP) — Authorities investigating the attack that killed 14 people last month in San Bernardino, California, asked for the public's help Tuesday in filling out the timeline of the assailants' moves that day.

David Bowdich, the assistant director in charge of the FBI's Los Angeles office, also reiterated that there's no evidence that the attack was foreign-directed, but nothing's been ruled out.

He also said investigators have found no evidence that there were any targets other than the Inland Regional Center, where Syed Rizwan Farook, 28, and his wife, Tashfeen Malik, 29, opened fire Dec. 2 on a holiday luncheon gathering of Farook's co-workers in the county health agency.

Investigators specifically need information about an 18-minute gap in the timeline between the deadly attack at the center and the pursuit and shootout in which both attackers were killed.

Bowditch said investigators want to leave no stone unturned and hope to find out if the assailants contacted anyone or stopped anywhere between 12:59 p.m. and 1:17 p.m. that day. The rest of their movements through the adjacent cities of San Bernardino and Redlands have been tracked.

He urged the public to call if they have any information, including video.