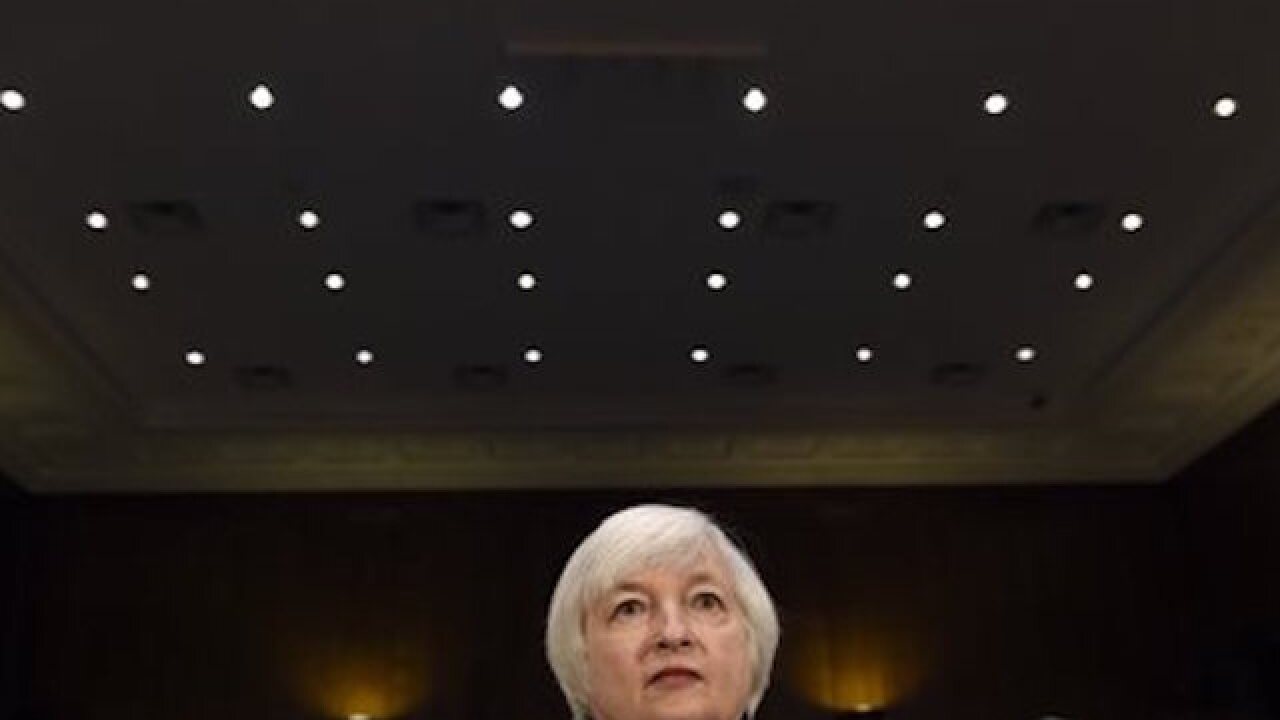 WASHINGTON (AP) — The Federal Reserve is keeping a key interest rate unchanged while pledging to closely monitor developments in the global economy and financial markets.

The Fed said Wednesday that economic growth has slowed since it raised rates from record lows in December. The changes in a statement it issued after its latest policy meeting signaled that the Fed could be prepared to slow future rate hikes if financial market losses and global weakness do not abate.

It repeated language age it used in December that it foresees gradual rate increases in the future. Some economists have said they now expect just two slight rate increases during 2016.

The policymakers left their benchmark rate unchanged in a range of 0.25 percent to 0.5 percent. Until December, they had kept that rate at record lows.

The Fed's statement comes against a more perilous global backdrop. Since the Fed raised rates Dec. 16 from record lows, stock markets have plunged, oil prices have skidded and China's leaders have struggled to manage a slowdown in the world's second-biggest economy.

The most visible sign of the economic fear has been the sharp fall in the stock market. The Dow Jones industrial average shed more than 7 percent of its value in the first three trading weeks of 2016.

China has unnerved investors because of an economic slowdown that Beijing seems incapable of steering properly. The country's decelerating growth has shrunk global commodity prices and the emerging market countries that have supplied them to China. Last week, the price of oil reached a 12-year low of $28.15 a barrel before rebounding slightly this week.

The tumbling markets so far haven't shaken consumer confidence. One measurement of confidence climbed for a second month, the Conference Board said this week. Much of the optimism stems from solid job growth: U.S. employers added an average of 284,000 jobs a month in the final quarter of last year. And the unemployment rate remains a low 5 percent. Home and auto sales have also been solid.

But American manufacturing has remained weak. Export sales have slowed in part because a higher-valued dollar has made goods more expensive overseas. The strong dollar has also made imports cheaper, which, along with falling energy prices, has kept inflation below the Fed's target level for more than three years.

The economy's growth, as measured by the gross domestic product, has lagged, with many analysts suggesting that it slowed to a sluggish annual rate below 1 percent in the October-December quarter. Still, they foresee a rebound to a rate of around 2 percent in the current January-March quarter, helped by strength in consumer spending.

Many point to the Fed's December rate hike as a key factor in the stock market's tumble. The move amounted to only a small rise in the Fed's still-extremely low target rate for overnight bank lending. But it signaled that a seven-year period of near-zero rates was ending and that while borrowing costs wouldn't be rising fast, they would be headed steadily up.

The Fed's critics had warned for years that by keeping rates so low for so long, it was fueling dangerous bubbles in assets such as stocks. Some now see the falling stock prices as the correction that they had forecast would occur after the Fed started raising rates.

Others say the market's swoon is not the product of the small increase in the Fed's benchmark rate. They point instead to China's economic troubles, the slide in oil prices and weakness in key areas of the global economy. Still, some economists suggest that if the Fed could have foreseen what has ensued in the weeks since it raised rates, it might have reconsidered.