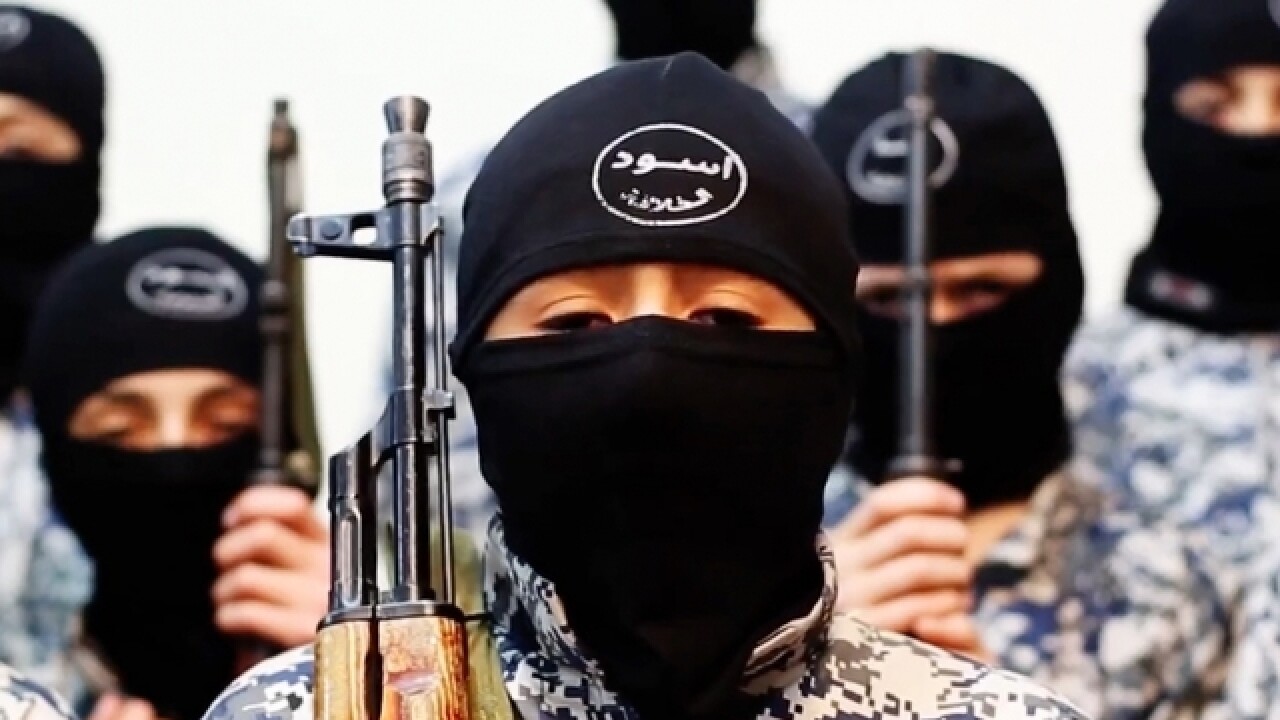 MINNEAPOLIS (AP) — A federal court in Minnesota has created a program to assess the risks posed by terrorism defendants and come up with plans to deradicalize them so they don't engage in similar activities again.
U.S. District Judge Michael Davis, who has handled Minnesota's recent terrorism cases, said Wednesday the program is the first of its kind in the country. It initially will be applied to four men who have pleaded guilty to conspiracy to provide material support to the Islamic State group, and Davis said it could be expanded to other terror defendants, including those being released from prison and re-entering society.
"We are being proactive in trying to protect and serve the community," Davis said.
Minnesota has the largest Somali population in the U.S. and has been a target for terrorism recruiters. About a dozen Minnesota residents have traveled to Syria to join militant groups in recent years, and more than 22 men from Minnesota's Somali community have left since 2007 to join al-Shabab in Somalia.
Ten men have been charged in the recent Islamic State group cases. One is believed to be in Syria, while five await trial. Four others — Abdirizak Mohamed Warsame, Hanad Mustofe Musse, Zacharia Yusuf Abdurahman and Abdullahi Mohamed Yusuf — have pleaded guilty. Prosecutors have described the men as friends who recruited and inspired each other to join the Islamic State group.
Davis' program enlists the help of Daniel Koehler, director of the German Institute on Radicalization and De-radicalization Studies. Koehler has led training on deradicalization and intervention programs in the Netherlands, the United Kingdom and Canada.
Koehler will conduct risk assessments on the four men who have pleaded guilty and will offer recommendations for deradicalizing each one. The purpose of that evaluation — on top of a standard presentencing investigation — is to give Davis more information as he determines their sentences. Koehler will then train U.S. probation and pretrial officers, who will be responsible for supervising the defendants.
Davis said the four can object to the evaluation if they don't want to participate. Attorneys for Abdurahman and Warsame said they learned of the program Wednesday and planned to study it more before taking a position.
Manny Atwal, an attorney for Yusuf, said Koehler will be assessing the men to see if they are amenable to treatment, and while it may not be the perfect answer, right now "we don't have anything — and this is the best option we have."
U.S. Attorney Andy Luger said he fully supports the initiative, calling it "one important step to address terror recruiting."
Karen Greenberg, director of the Center on National Security at Fordham Law School, said defense attorneys and law enforcement officials will be watching and the plan could become a model for others.
"There is a tremendous hunger across the nation for something as an alternative to just harsh measures meted out by law enforcement," she said.
Davis has been at the forefront of efforts to try to reintegrate terrorism defendants into society. He allowed Yusuf to go to a halfway house last year on pretrial release under a plan that let him work with a group that promotes civic involvement. But Davis ordered Yusuf back into custody after a box cutter was found under his bed.
The judge said the latest initiative is different from what he's considered previously and will give him more information during sentencing.
"When you are dealing with extremism, and you start to talk to people, it just does not compute," Davis said. "It doesn't make sense why someone who has never been involved in any type of criminal activity and is not seriously religious (would), in a very short period of time, want to go over and be involved in jihad."
Koehler said he uses several tools to evaluate risks and determine an individual's ideology. He said he will assess the defendants, explain his views on possible reasons for their radicalization and say what may work in terms of intervention. His assessments will include interviews with family members and friends.
"There's no 100 percent guarantee that these intervention methods actually work," Koehler said. "But I think it's better than working blindfolded without any kind of assessment or structure or protocol."
Associated Press 2016