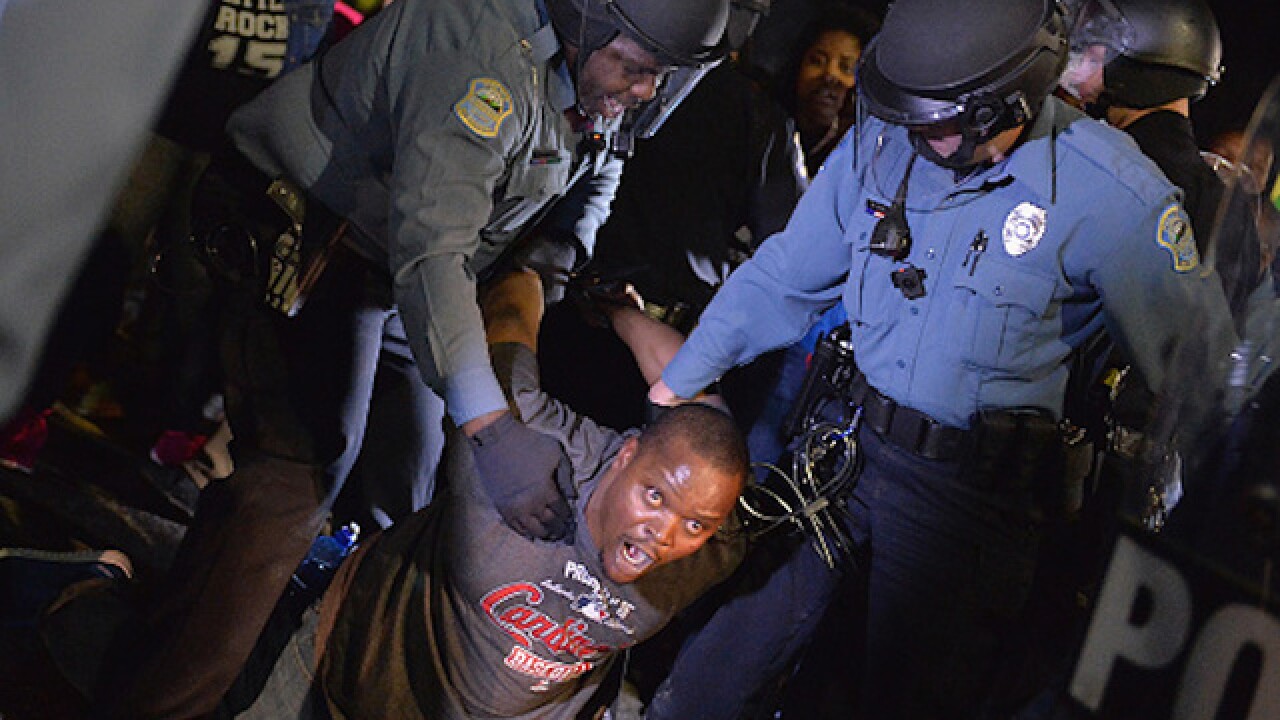 Michael B. Thomas
<p>FERGUSON, MO - MARCH 11: A demonstrator is detained and arrested during a protest outside the Ferguson Police Department on March11, 2015 in Ferguson, MO. Protests erupted after the announcement of the resignation of Ferguson Police Chief Tom Jackson earlier in the day. (Photo by Michael B. Thomas/Getty Images)</p>

WASHINGTON (AP) — The Justice Department is close to an agreement with the Ferguson, Missouri, police department on a deal that would bring sweeping changes to the agency, a person familiar with the matter said Wednesday.

The overhaul could avert a civil rights lawsuit that federal officials have the option to bring against departments that resist changing their policing practices.

The person, who was not authorized to discuss the matter by name and spoke only on condition of anonymity, said the agreement still needs final approval by the city but involves changes including more thorough training of police officers.

Justice Department spokeswoman Dena Iverson said negotiations with the police force to create a court-enforceable consent decree have been productive.

"The department believes that in order to remedy the Justice Department's findings an agreement needs to be reached without delay," she said in a statement.

The federal government launched an investigation into Ferguson's policing protocols last year after the shooting death of 18-year-old Michael Brown by a white police officer put the department under national scrutiny.

Though the officer, Darren Wilson, did not face state or federal charges, the federal investigation into the police department found sweeping patterns of racial bias within the force.

A Justice Department report issued in March found that officers routinely used excessive force, issued petty citations and made baseless traffic stops. Then-Attorney General Eric Holder called the report a "searing" portrait of the department and said, "It is not difficult to imagine how a single tragic incident set off the city of Ferguson like a powder keg."

Another person familiar with the process, who also spoke on condition of anonymity, said the two sides had made a "lot of progress" since then.