Guantanamo inmate counts drops to below 100 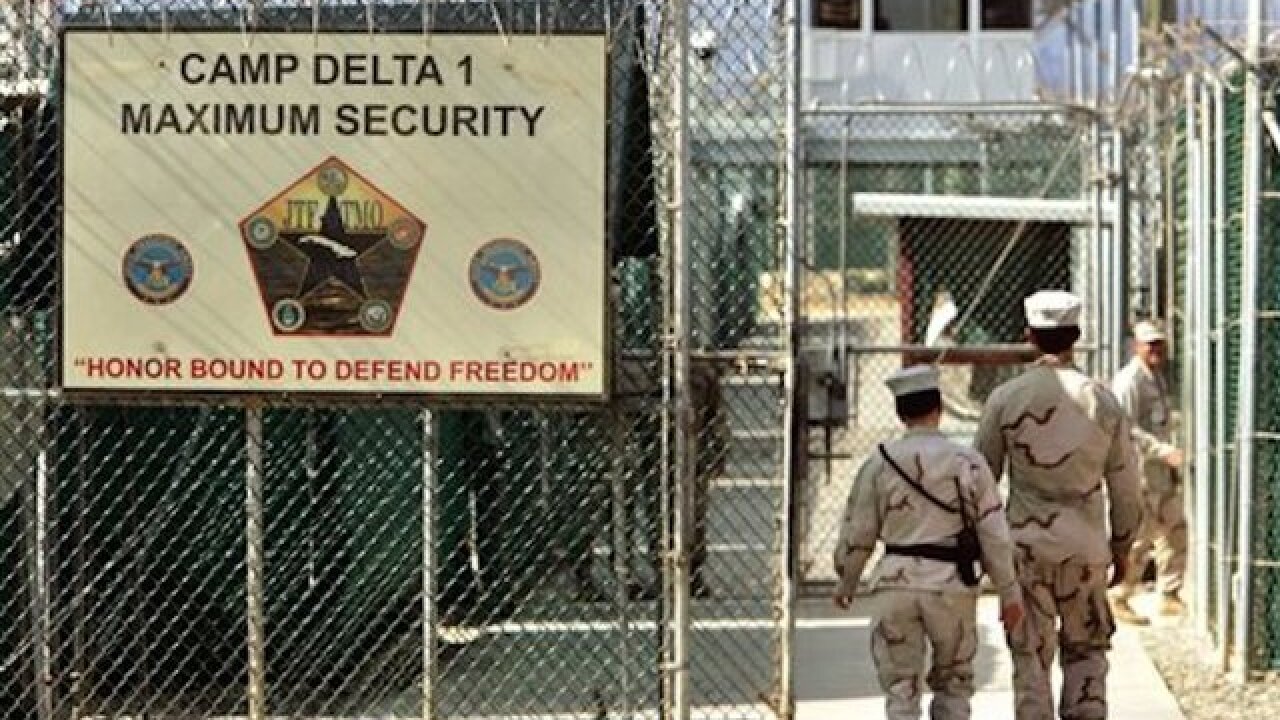 Copyright Associated Press
Brennan Linsley
<p>In this June 27, 2006 file photo, reviewed by a U.S. Department of Defense official, U.S. military guards walk within Camp Delta military-run prison, at the Guantanamo Bay U.S. Naval Base, Cuba. A senior U.S. official says the first of 17 detainees scheduled to be released from the Guantanamo Bay prison in January will be transferred next week, as the Obama administration continues efforts to reduce the population at the controversial detention center. (AP Photo/Brennan Linsley, File)</p>

MIAMI (AP) — Ten prisoners from Yemen who were held at Guantanamo Bay, Cuba have been released and sent to the Middle Eastern nation of Oman for resettlement, U.S. Secretary of State Ash Carter said Thursday.

The move puts the prison population below 100 for the first time since it opened in January 2002. There are now 93 prisoners left.

Speaking at a change of command ceremony at U.S. Southern Command in Miami, Carter said the 10 were transferred after a thorough secure review.

He said government officials intend to transfer all the detainees they can and work with Congress to find a secure location in the U.S. to hold the rest "as we diligently work to close this chapter in our history."

State Department special envoy Lee Wolosky thanked Oman for taking the 10 prisoners who could not be sent back to a country embroiled in civil war.

He said the U.S. expects to release the remainder of nearly 40 cleared Guantanamo prisoners by this summer.

Guantanamo at its peak in 2003 held nearly 680 prisoners.