15 shades of photoreceptor in a butterfly's eye 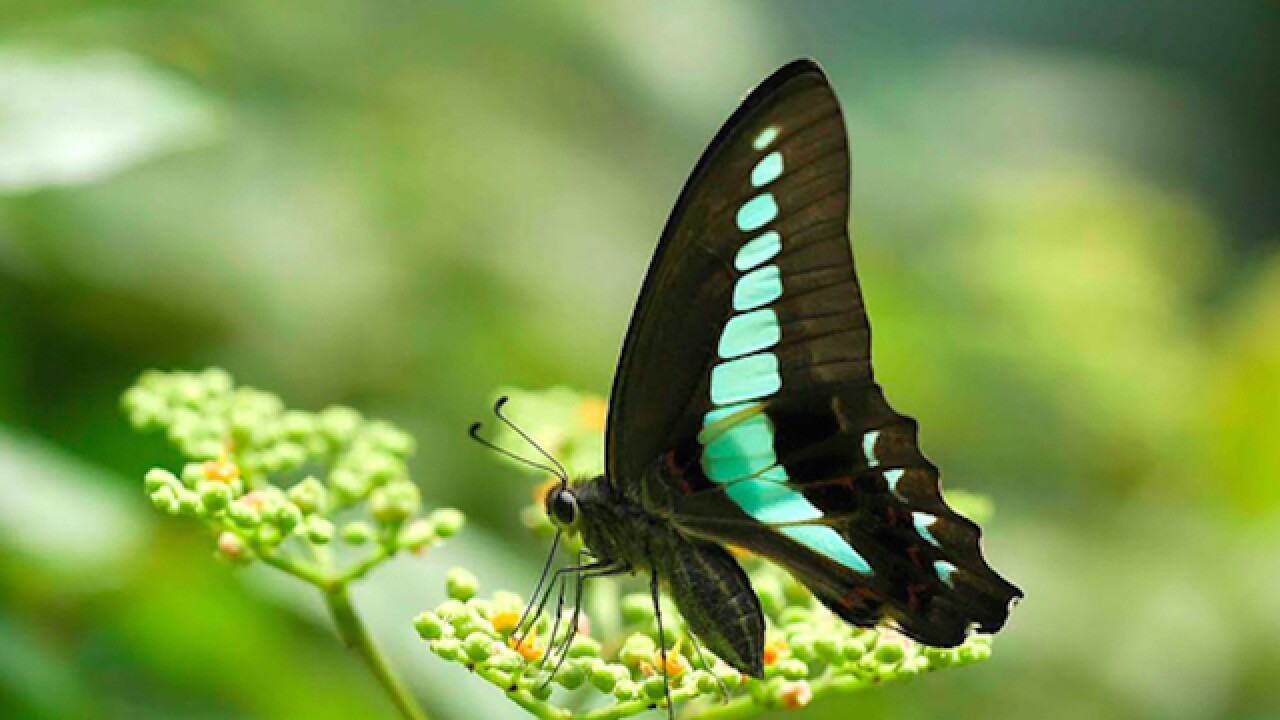 When researchers studied the eyes of Common Bluebottles, a species of swallowtail butterfly from Australasia, they were in for a surprise.

These butterflies have large eyes and use their blue-green iridescent wings for visual communication — evidence that their vision must be excellent. Even so, no-one expected to find that Common Bluebottles (Graphium sarpedon) have at least 15 different classes of "photoreceptors" — light-detecting cells comparable to the rods and cones in the human eye. Previously, no insect was known to have more than nine.

"We have studied color vision in many insects for many years, and we knew that the number of photoreceptors varies greatly from species to species. But this discovery of 15 classes in one eye was really stunning," says Kentaro Arikawa, Professor of Biology at Sokendai (the Graduate University for Advanced Studies), Hayama, Japan and lead author of the study.

Have multiple classes of photoreceptors is indispensable for seeing color. Each class is stimulated by light of some wavelengths, and less or not at all by other wavelengths. By comparing information received from the different photoreceptor classes, the brain is able to distinguish colors.

Through physiological, anatomical and molecular experiments, Arikawa and colleagues were able to determine that Common Bluebottles have 15 photoreceptor classes, one stimulated by ultraviolet light, another by violet, three stimulated by slightly different blue lights, one by blue-green, four by green lights, and five by red lights.

Arikawa and his colleagues believe that Common Bluebottles use only four classes of photoreceptor for routine color vision, and use the other eleven to detect very specific stimuli in the environment, for example fast-moving objects against the sky or colorful objects hidden among vegetation. A similar system is found in another butterfly previously studied by the same research group, the Asian swallowtail Papilio xuthus, which has six photoreceptors.

"Butterflies may have a slightly lower visual acuity than ourselves, but in many respects they enjoy a clear advantage over us: they have a very large visual field, a superior ability to pursue fast-moving objects and can even distinguish ultraviolet and polarized light. Isn't it fascinating to imagine how these butterflies see their world?" says Arikawa.

The results are published in the open-access journal Frontiers in Ecology and Evolution .