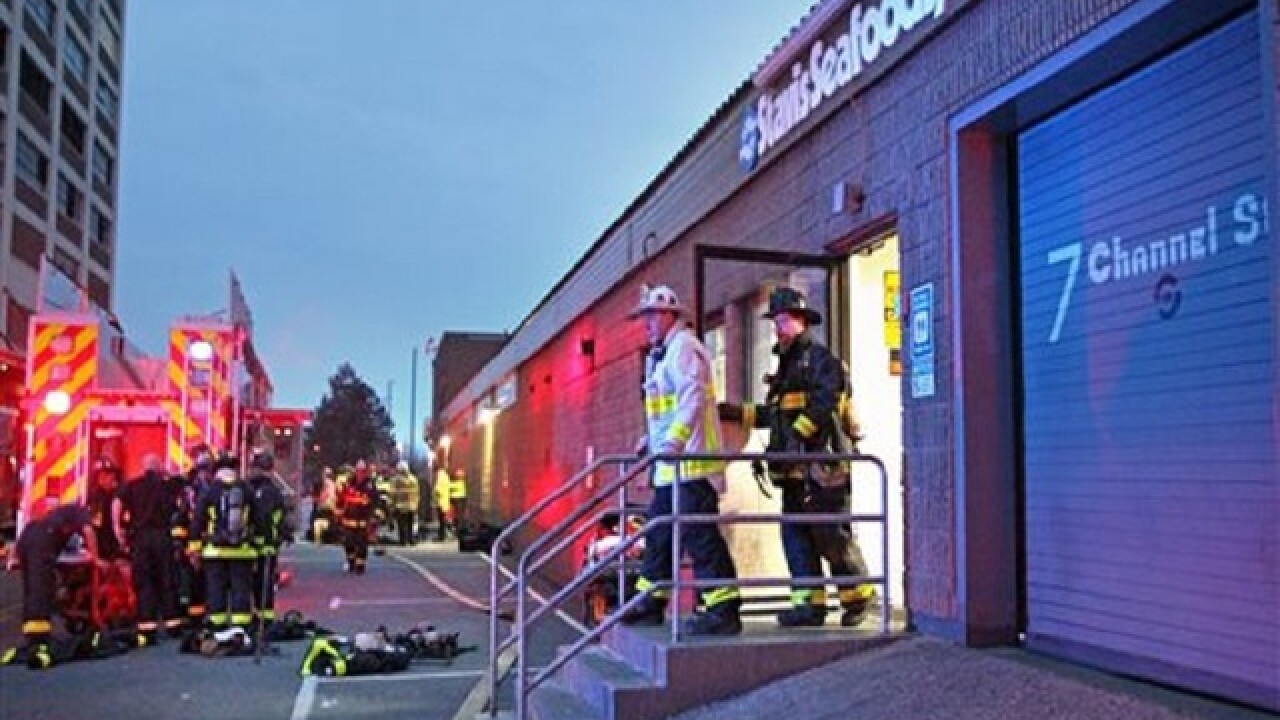 By: Associated Press
Posted at 10:33 PM, Mar 23, 2016
BOSTON (AP) — One worker died in an ammonia leak Wednesday at a seafood warehouse in the Seaport District in south Boston, authorities said.
Fire officials said the man was inside the warehouse but emergency responders were unable to reach him initially because of the strong fumes when they arrived at Stavis Seafoods Warehouse after receiving reports of a leak about 6 p.m. Wednesday.
"They were pushed back by the product, the ammonia," Boston Fire Chief of Operations John Walsh told WCVB television station.
The leak was reported near the end of a work shift when employees began noticing a strong odor and saw a leak coming from the plant.
"It's a very large ammonia leak inside of a cold storage facility used for seafood processing," Boston Fire Department spokesman Steve MacDonald told the Boston Herald.
Fire officials said it was coming from a 5,400-pound tank, but they didn't know how much ammonia had escaped before the main valve was shut off and the leak stopped. A hazmat team wearing protective suits stopped the leak within hours.
Ammonia is used as a refrigerant.
Richard Stavis, CEO of Stavis Seafoods, said company officials were devastated to learn that a warehouse employee had died and that they would work with authorities on their investigation.
"We are thankful that four employees who were in the building at the time were able to quickly and safely evacuate," he said in a statement.
Stavis said the employee who died would not be identified until his family had been notified.
Walsh said the public wasn't in danger. But as a precaution, nearby streets were closed off and business people and residents were advised to shelter in place or stay away from the area.
A strong smell of ammonia wafted over parts of the Seafood District.
The medical examiner is to determine the cause of death.
Fire officials didn't immediately return a call Wednesday night for further details.
Associated Press 2016