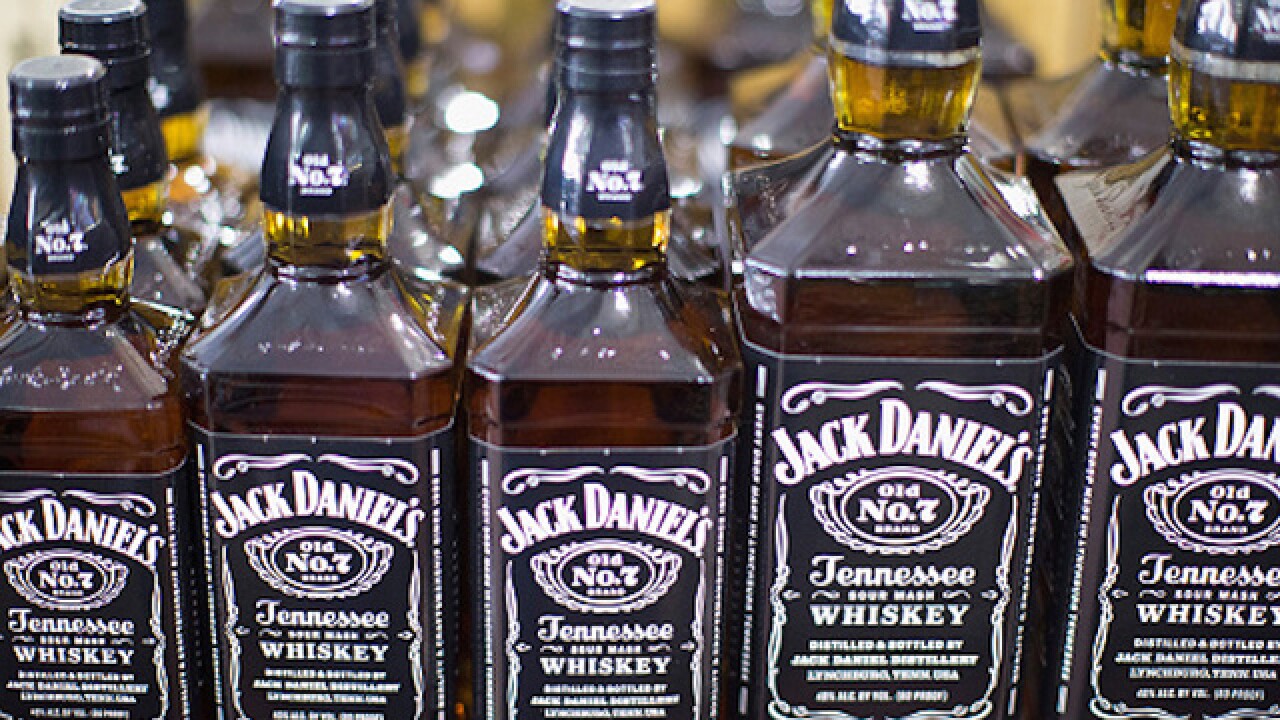 Scott Olson
<p>CHICAGO, IL - FEBRUARY 03: Jack Daniels Tennessee Whiskey is offered for sale at a liquor store on February 3, 2015 in Chicago, Illinois. Sales of U.S. produced bourbon and Tennessee whiskeys were up 7.4% in 2014. The spirit industry, led by whiskeys from the U.S. and the British Isles, and Tequilas from Mexico, continue to grab market share from breweries which have seen their share of overall alcohol beverage sales fall more than 10 percent since 1999. (Photo by Scott Olson/Getty Images)</p>

LOUISVILLE, Ky. (AP) — Heated competition between producers of cinnamon whiskeys has cooled off in the courtroom, with Sazerac dropping its lawsuit against Jack Daniel's.

Sazerac — whose brands include the long-established Fireball Cinnamon Whisky — had accused its rival of trademark infringement by using the term "Fireball" in online advertising for cinnamon-flavored Jack Daniel's Tennessee Fire.

The legal fight ended quietly Monday when Sazerac filed a motion in federal court in Kentucky to voluntarily drop its claims. Sazerac's decision came just before Jack Daniel's — the flagship brand of Brown-Forman Corp. — was required to respond to the lawsuit.

Sazerac's motion did not say why it was dropping the case. Company spokeswoman Amy Preske said both parties reached an agreement, but she declined further comment. Sazerac's motion said a court order wasn't needed to end the case since Jack Daniel's had not filed an initial response or a motion for summary judgment.

Brown-Forman spokesman Phil Lynch said Tuesday the company was pleased to have settled the dispute but had no further comment.

Brown-Forman has increased sales for its popular Jack Daniel's Tennessee Whiskey brand by developing flavored line extensions. In the past year, the Louisville-based spirits company expanded its Tennessee Fire version across the country.

Last month, Sazerac accused Jack Daniel's of infringing on its trademark with the marketing campaign for Tennessee Fire.

Specifically, the lawsuit said Jack Daniel's violated the Sazerac trademark by using the "Fireball" term in Google advertisements. The result was that "consumers searching for Sazerac's Fireball product would instead encounter advertisements for Tennessee Fire as the first search result," the suit said.

The suit accused Jack Daniel's of trying to tap into the success of the Sazerac product and to create consumer confusion.

Sazerac had asked a federal judge to block Jack Daniel's from using "Fireball" in any of its marketing, distribution or sales.

In its second-quarter earnings report this month, Brown-Forman pointed to the success of Tennessee Fire and Jack Daniel's Tennessee Honey for expanding underlying net sales for the entire Jack Daniel's lineup in the first half of the company's fiscal year.