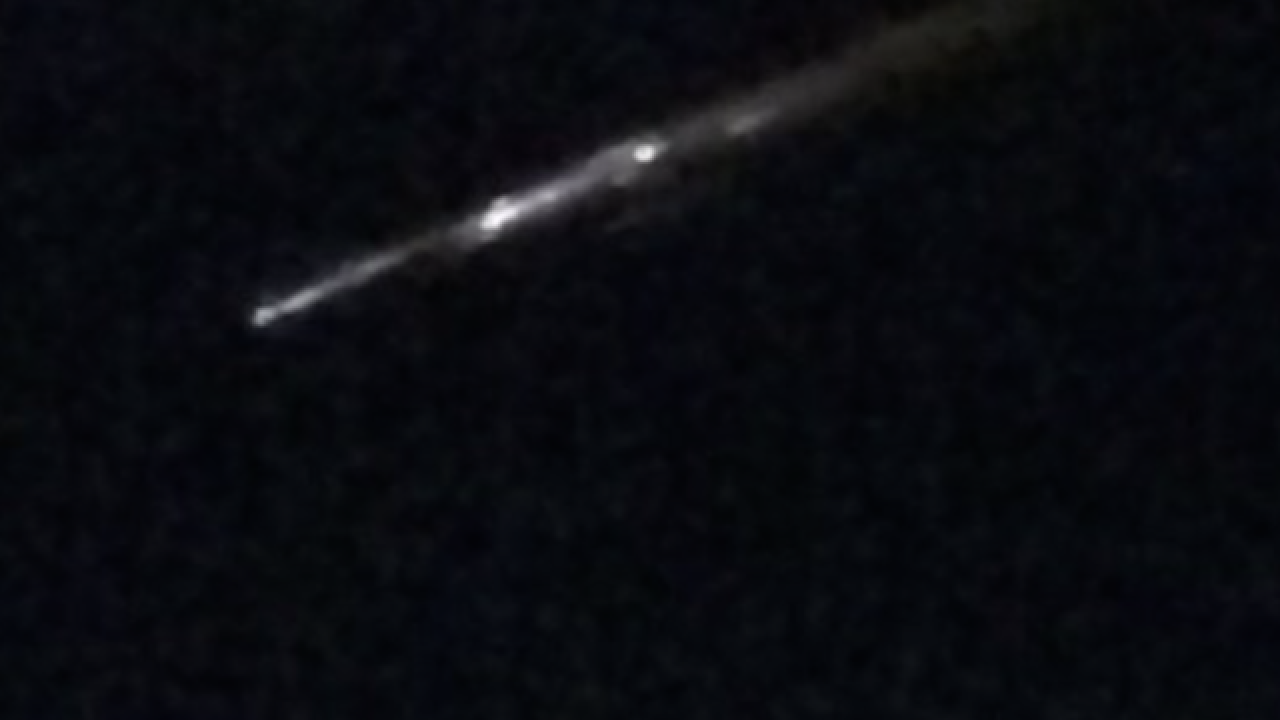 A fireball spotted streaking across the night skies above some western states on Tuesday turned out to be a Russian space rocket that was re-entering Earth's atmosphere.

The mysterious object was photographed by people in Arizona, California and Nevada early Tuesday evening.

According to NBC News, a U.S. defense official said the debris was being tracked and it entered the atmosphere somewhere over Arizona at about 9:08 p.m. Eastern. The rocket was reportedly launched on Monday.

See some of the initial social media posts about the fireball below.

Thanks Edlin Pamela Lopez for this awesome pic! #iC13 pic.twitter.com/BPq8hGbgAX

Viewer Gina Pelfrey sent us this pic from Kingman, AZ of some sort of object streaking across the sky. @KTNV @abc15 pic.twitter.com/TToc5s4enz

Thanks Walter Castro for sending us your video of that streak that was seen in Kern County tonight. Keep them coming, send us your videos and photos here and on news@kero.com.

Another video of the streak seen from the sky tonight. Send us your videos and photos here, on Twitter and on turnto23.com