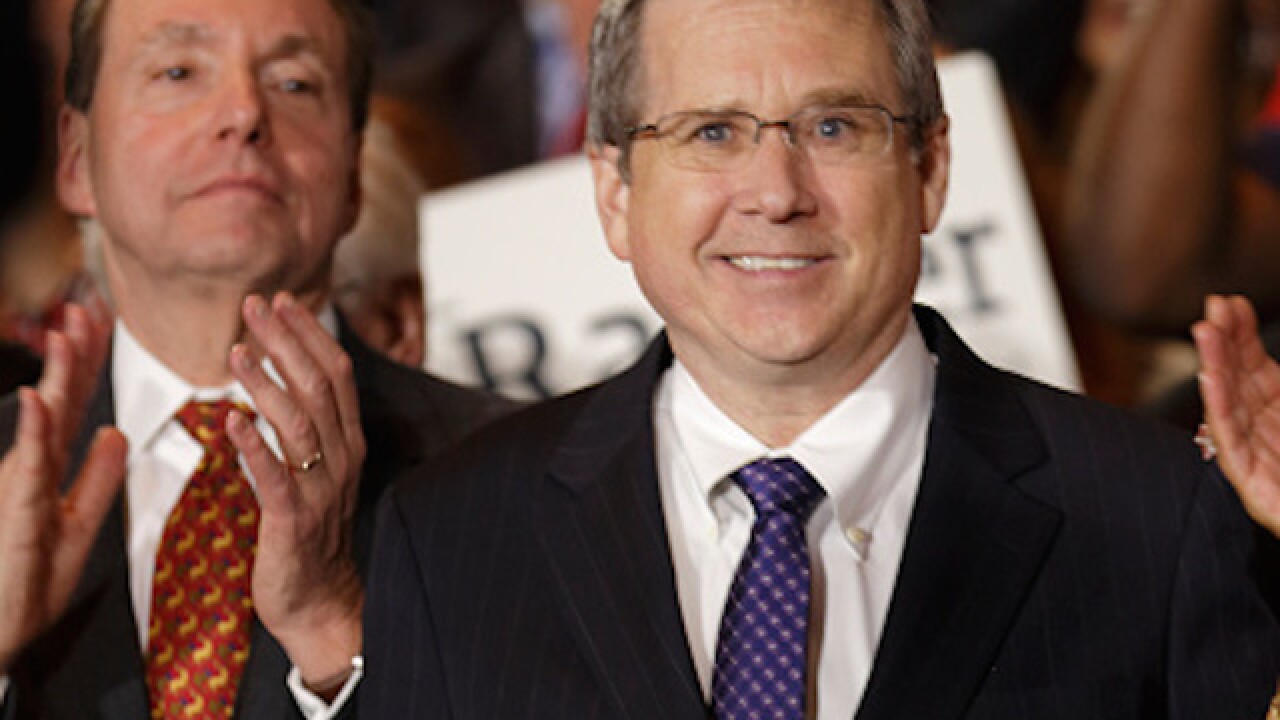 The statement by Kirk, who faces a difficult re-election battle this fall in Democratic-leaning Illinois, came two days after Obama nominated Merrick Garland to fill the vacancy created by the February death of Justice Antonin Scalia. Garland, a Chicago native, is chief judge on the U.S. Court of Appeals for the District of Columbia Circuit.

Kirk's stance directly contradicts the path charted by Senate Majority Leader Mitch McConnell, R-Ky., that most GOP senators have followed. McConnell has said for weeks that there will be no Senate Judiciary Committee hearing for any Obama nominee for the vacancy and no confirmation vote by the Senate.

"Right, it's just man up and cast a vote," Kirk said on the "'Big' John Howell" show on Chicago radio station WLS. "The tough thing about these senatorial jobs is you get yes or no votes. Your whole job is to either say yes or no and explain why."

Kirk said he believes McConnell won't relent, saying, "I don't see his view changing too much."

Kirk is being challenged in November by Rep. Tammy Duckworth, D-Ill., and is considered one of the GOP's most endangered incumbents.

Illinois Democratic Party spokesman Sean Savett said Kirk should "publicly rebuke the strategy of the Republican majority leader he voted for, not predict the strategy's success."

"If our neighboring senator is willing to cast an up-or-down vote on Judge Garland, why isn't Chuck Grassley?" said former Lt. Gov. Patty Judge, hoping to be the Democratic candidate against the longtime senator and chairman of the Senate Judiciary Committee. Grassley has supported McConnell's refusal to hold committee hearings or a Senate vote.

With presidential and congressional campaigns underway and the ideological balance of the 4-4 high court at stake, Democrats have attacked Republicans daily for refusing to consider a Scalia replacement. They say political pressure to relent will be especially intense on a half-dozen GOP senators like Kirk from swing or Democratic-leaning states facing November contests.

Kirk and Sen. Susan Collins, R-Maine, have previously said they favored Judiciary Committee hearings on Obama's pick. A small number of GOP senators have said they would be willing to meet with Garland.

Democrats say they believe the number of Republicans wanting the confirmation process to proceed will only grow, a prospect that GOP leaders have disputed.