Arrests made in connection with prison escapees 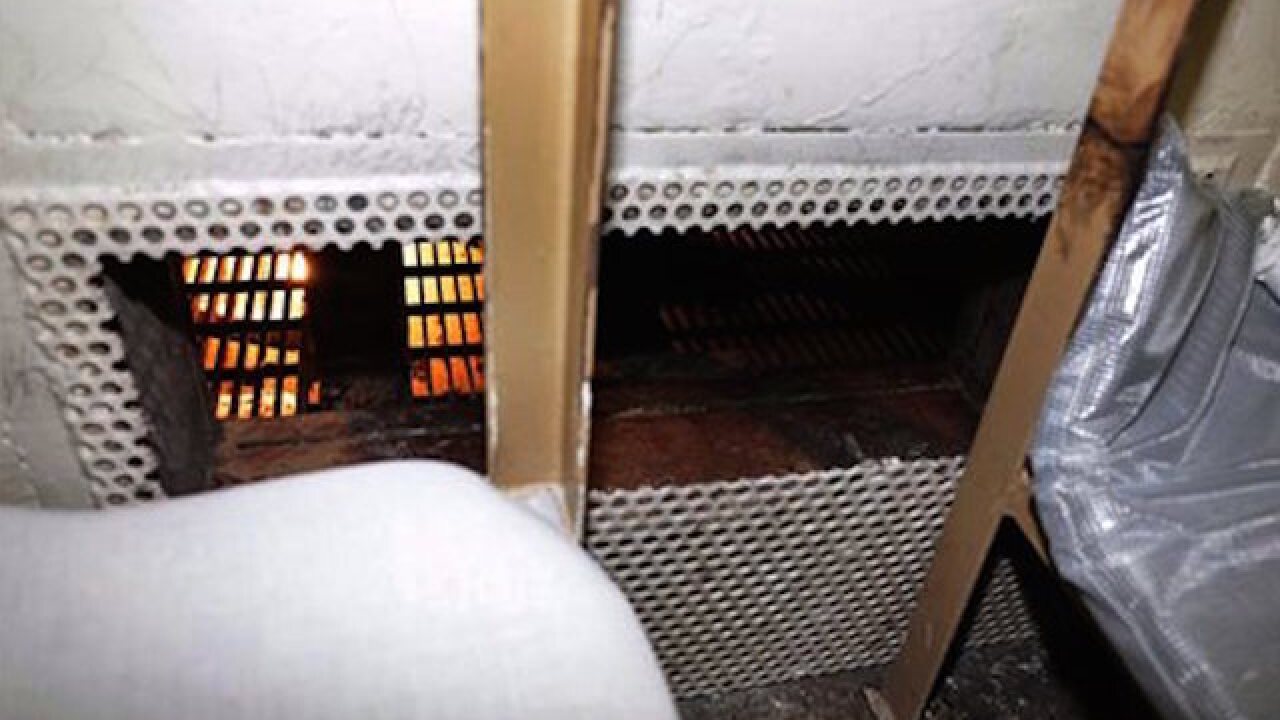 <p>This Jan. 23, 2016 photo provided by the Orange County Sheriff's Office shows a closeup view of a vent screen that had been cut and removed inside a cell at Central Men's Jail in Santa Ana, Calif., from which three inmates escaped sometime Friday, Jan. 22. Investigators are pursuing several leads in their search, and in the meantime a separate probe was launched into how the inmates managed to obtain the tools to cut through the steel bars and plumbing tunnels to make it to the roof. (Orange County Sheriff's Office via AP)</p>

The Orange County sheriff says five arrests have been made in the investigation of the escape of three inmates, but the inmates themselves have not been captured.

Sheriff Sandra Hutchens said at a news conference Wednesday afternoon that more arrests are expected later in the evening. She would answer no questions on the people arrested, saying only that they had "some connection" to the people who escaped.

Hutchens says the department believes the men had outside help in the escape.

She said investigators are focusing on county gangs as they search for the inmates and look into how they broke out.

She says one of the inmates, Hossein Nayeri, was probably the mastermind of the escape.

The three men broke out on Friday.

Hutchens says the jail has revised its headcount procedures because it took so long to discover the men were missing.