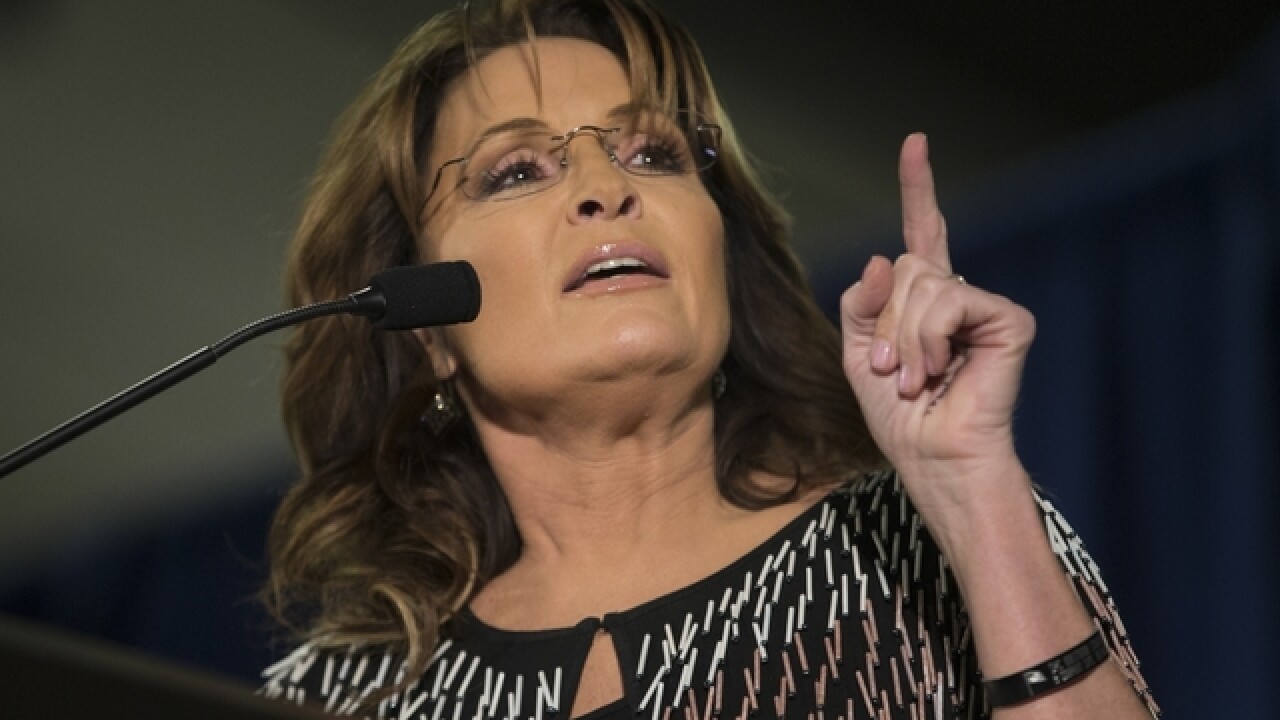 ANCHORAGE, Alaska (AP) — Sarah Palin's husband suffered eight fractured ribs and other injuries in a snowmobile accident in Alaska, but he was expected to recover, his father said Monday.

Details about Todd Palin's injuries emerged the same day the 2008 vice presidential candidate made a surprise appearance at a Donald Trump rally in Florida after his campaign had said that she was returning home to be with her husband.

Todd Palin also received injuries to his collarbone and lungs in the Sunday night crash, father Jim Palin told The Associated Press. He said he did not know the extent of those injuries and has not yet spoken with his son.

He called the crash "one of those freak accidents" and said it happened about 70 miles north of the Palins' hometown of Wasilla. Todd Palin was set for surgery Monday and was expected to make a full recovery, Jim Palin said.

In a Facebook posting, Sarah Palin called her husband the "toughest guy" she knows, adding that she was flying home to Alaska. Palin did not discuss details of her husband's accident but thanked supporters for their prayers.

Palin, a former Alaska governor, showed up at a Trump rally in Tampa Bay after his campaign announced she was heading home.

"Thank you, guys, for your prayers for my husband who is recovering right now in the ICU after a little wreck on a snowmachine," she said, referring to what Alaskans commonly call snowmobiles.

Palin introduced Chris Christie, one of a handful of speakers at the rally.

"When real life happens," she later said, "it really puts things in perspective doesn't it?"

Trump's presidential campaign said in a statement that the GOP front-runner sends his thoughts and prayers to Palin and her family.

It is not the first time Todd Palin was involved in a snowmobile crash. In the 2008, he broke his arm in a high-speed crash in Alaska's annual 2,000-mile Iron Dog snowmobile race, but he and then-racing partner Scott Davis still finished in fourth place after Davis towed him the final 50 miles.

Palin is a four-time winner of the race. His last championship was in 2007.

Jim Palin, who splits his time between California and Alaska, said he plans to return to Alaska at the end of the month unless his son wants him there earlier.

He also asked that the family be allowed to go through this "in peace."