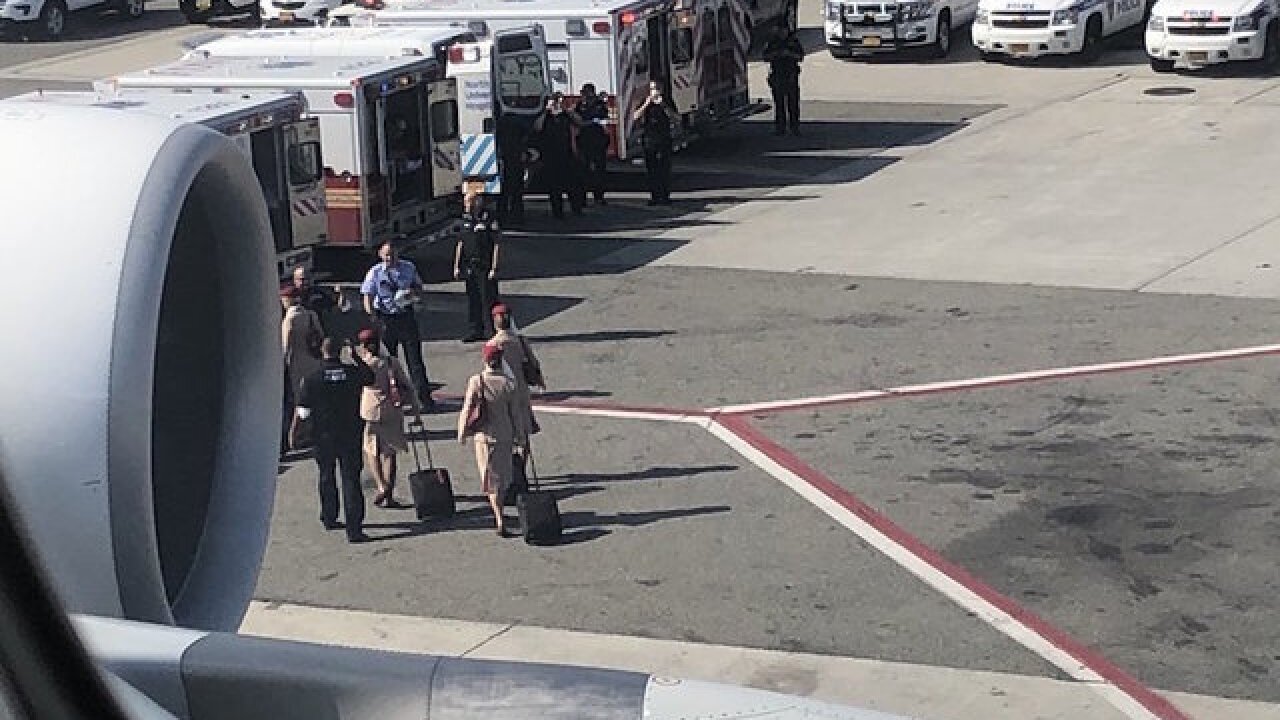 New York City's Department of Health & Mental Hygiene confirmed Thursday that a majority of the test results from passengers aboard Emirates Flight 203 who reported illness Wednesday "showed common viruses such as influenza and the common cold."

Additional testing for other viruses will be done today, with full results expected by this afternoon, department press secretary Christopher R. Miller said in a statement.

Roughly 106 of the more than 500 people on the flight, which originated in Dubai and landed at New York's John F. Kennedy Airport just after 9 a.m., reported symptoms like coughing, fever or vomiting. Upon arrival in New York, the plane was taken to a "hard standing area," a Port Authority source told CNN.

There, paramedics and officials from the US Centers for Disease Control and Prevention screened all 549 passengers and crew.

"Unfortunately, tests for other viruses were inconclusive," Miller said. "This is not unusual when testing, but it means we have to retest some samples today and expect to have full results in the afternoon."

A CDC official familiar with the situation told CNN on Wednesday that MERS was being considered as a potential cause for illness, along with other respiratory illnesses. MERS, which stands for Middle East respiratory syndrome, is a viral respiratory disease first identified in 2012.

Most passengers were cleared to continue their travels within hours of landing, but one person who showed symptoms of the flu was immediately admitted to Jamaica Hospital Medical Center in Queens on Wednesday.

Ten others were also taken to the hospital. As of Thursday morning, one had been treated for unrelated symptoms and released, while nine continue to wait for test result confirmation, according to Michael Hinck, director of public affairs at the hospital.

All the passengers at the hospital have been quarantined, Hinck said.

"We are requesting the passengers who have been evaluated and released to call their provider and health department if they develop any symptoms, and to give their travel history and report of incident," the CDC said in a statement Wednesday.

New York City Acting Commissioner of Health Dr. Oxiris Barbot said there are five or six occurrences of people becoming ill on a flight and then needing to be medically evaluated each year.