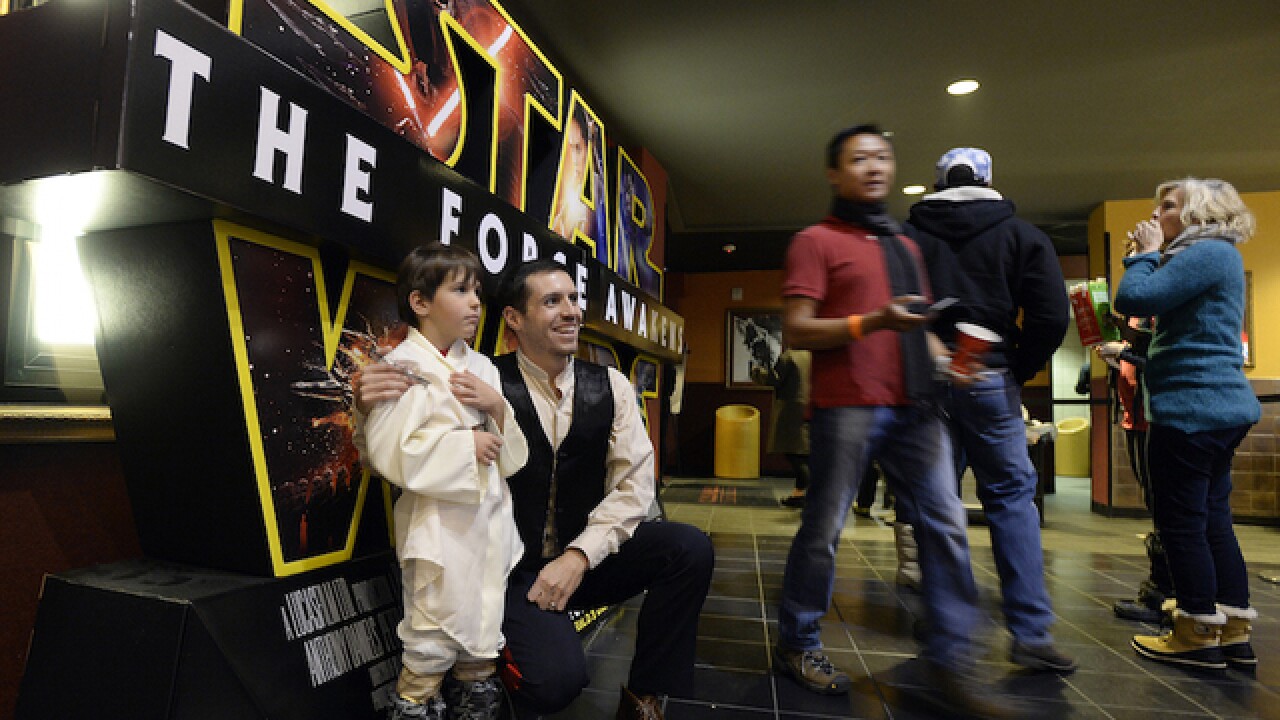 NEW YORK (AP) — "Star Wars: The Force Awakens" has already surpassed $100 million in North America, and $250 million globally, setting it up for a record-setting weekend.

The Walt Disney Co. on Saturday said the film made an estimated $120.5 million from Thursday night previews and opening day Friday. That smashes the previous opening day record of $91.1 million, set by "Harry Potter and the Deathly Hallows, Part 2."

Disney is projecting a domestic weekend total of around $220 million, which would surpass the record $208.8 million of "Jurassic World."

Since beginning its overseas rollout Wednesday, "The Force Awakens" has made an estimated $129.5 million internationally.