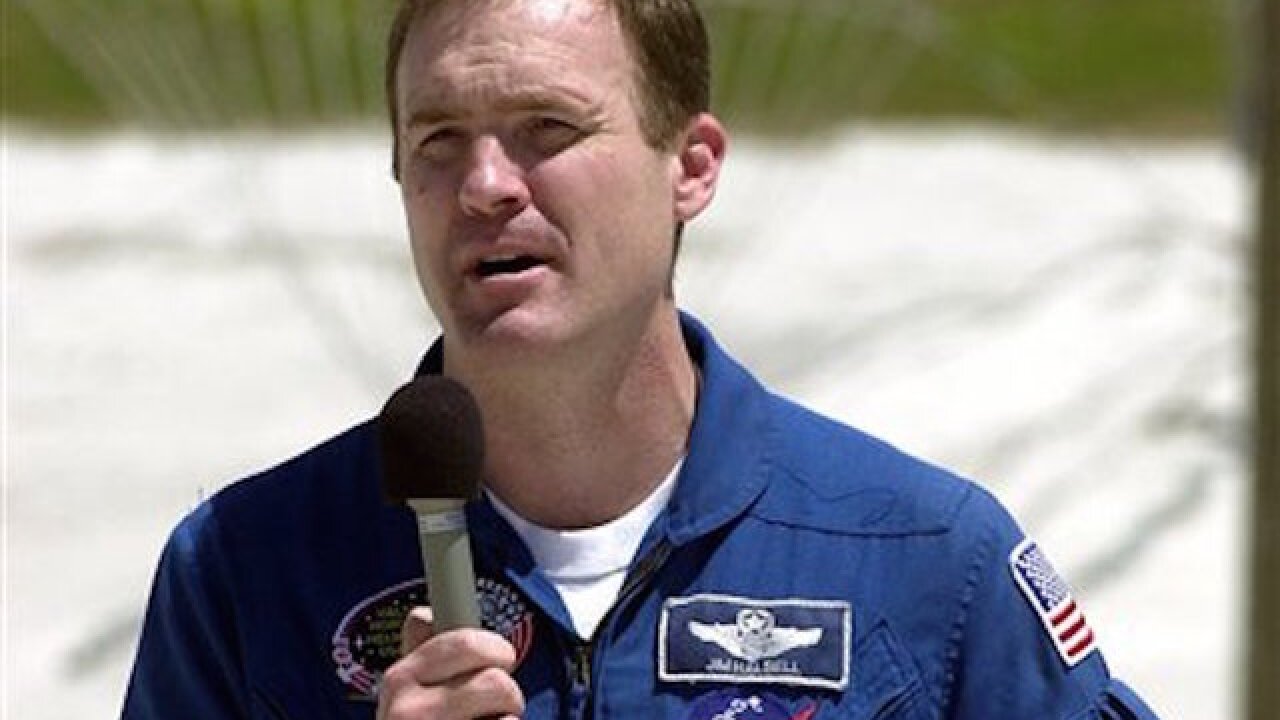 BIRMINGHAM, Ala. (AP) — Astronaut James Halsell Jr. seemed the very definition of someone with the right stuff. An Air Force Academy graduate and decorated test pilot, he commanded or piloted five space shuttle missions. NASA even turned to him for leadership as it was picking up the pieces after the Columbia disaster in 2003.

Now, a decade after his retirement from the space agency, the 59-year-old Halsell is facing a new test: He is charged with murder after an early-morning car wreck Monday killed two young sisters on a lonely stretch of highway in Alabama.

State police said alcohol and speed may have been factors in the crash. The Tuscaloosa News (http://bit.ly/1t6Gcxp) reported that court documents showed troopers said they found an empty package of sleeping pills and an empty wine bottle in a motel room where Halsell had stayed before the crash.

Troopers said a vehicle driven by Halsell collided around 2:50 a.m. with a Ford Fiesta in which 11-year-old Niomi Deona James and 13-year-old Jayla Latrick Parler were riding. The girls were thrown from the car and died. Neither was wearing a seat belt.

Halsell, who lives in Huntsville, was arrested and released from jail on $150,000 bail. Court records weren't available Tuesday to show whether the retired Air Force colonel has a lawyer. A call to his home was not immediately returned.

The girls' father, Pernell James, 37, had driven to Texas to pick them up at their mother's home in Houston for a summer-long visit to Alabama, said Dennis Stripling, mayor of the town of Brent.

"It's very tragic, a sad thing that has happened," Stripling said. "They were like 20 minutes from home when this accident happened."

The father was expected to be released from a hospital Tuesday. A woman in his car, Shontel Latriva Cutts, 25, was listed in fair condition.

The crash happened in a remote, wooded area on the edge of Tuscaloosa County with no highway lampposts. A set of swerving skid marks could be seen, along with a patch of blackened pavement and grass on the tree-lined shoulder of the highway.

Halsell, who told officers he was driving to Louisiana to pick up his son, did not remember the wreck, documents said.

Halsell's vehicle rear-ended the car carrying the children, documents showed, pushing the vehicle across a lane and causing it to flip.

"Halsell's speech was slurred, eyes were dilated, clothes disheveled and he was unstable on his feet and smelled of alcohol," the trooper wrote in a court deposition, according to the newspaper.

Halsell graduated from the U.S. Air Force Academy in 1978 and later finished first in his class at test-pilot school. He wanted to go to space so much he applied for every NASA astronaut class from 1978 to 1990, when he was accepted.

An online biography by NASA said Halsell went to work in the aerospace industry in 2006 after a career that included five shuttle flights starting in 1994. He spent more than 1,250 hours in space, serving as commander on three shuttle missions and pilot on two others.

In Brent, the mayor said City Hall is collecting monetary donations to help the girls' family with funeral expenses and other needs.