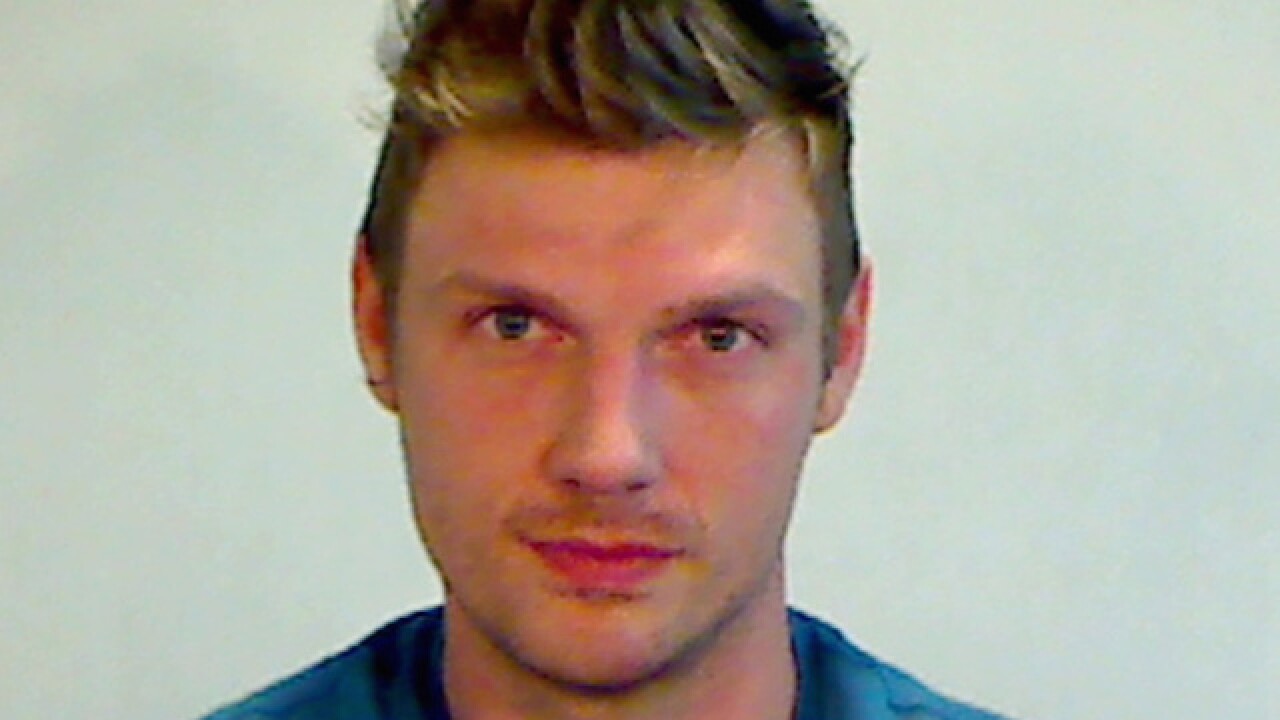 Handout
<p>KEY WEST, FL - JANUARY 13: (EDITORS NOTE: Best quality available) In this handout photo provided by the Key West Police Department, singer Nick Carter of the Backstreet Boys is seen in a police booking photo after his arrest for misdemeanor battery January 13, 2015 in Key West, Florida. The arrest followed and incident at Hogs Breath Saloon in Key West after Carter and another man he was with were allegedly in an altercation with employees of the bar. (Photo by Key West Police Department via Getty Images)</p>

Nick Carter, a former member of the ‘90s boy band Backstreet Boys, was arrested on a battery charge on Wednesday in Key West, Fl.

Reports indicate that Carter and Michael Papayans of Palos Verdes Estates, Calif. arrived at Hog’s Breath Saloon heavily intoxicated. The men became aggressive when they were refused service by the bartender, and refused to leave despite being asked repeatedly. Papayans then head-butted a bartender, and Carter grabbed a bartender by the throat as he was being escorted out.

After being released from jail, Carter told TMZ that there was more to the arrest than meets the eye, and that the “truth would come out.”

After rising to prominence with the Backstreet Boys in the late ‘90s, Carter has held multiple music and acting gigs. He most recently placed second on “Dancing With The Stars” late last year.