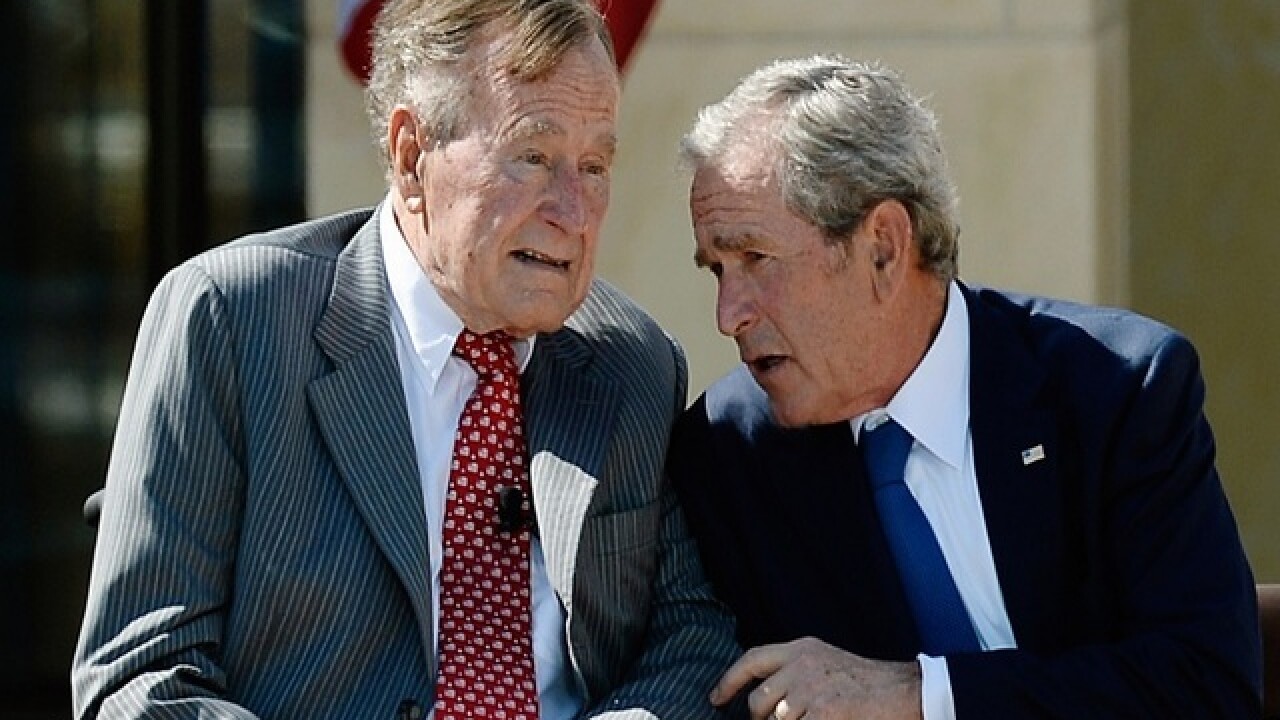 Despite their enthusiastic endorsements of previous Republican presidential nominees, neither of the former Bush presidents plan to endorse presumptive 2016 nominee Donald Trump.
According to Time and other sources, ex-presidents George H.W. Bush and George W. Bush – the father and brother of former candidate Jeb Bush -- don’t plan on endorsing anyone in the presidential race.
Both said they won’t be participating in the election process and won’t endorse the presumptive Republican nominee. This following their previous endorsements of Republican nominees like Arizona Sen. John McCain in 2008 and Mitt Romney in 2012.
“At age 91, President Bush is retired from politics,” Jim McGrath, the 41st president’s spokesman, told the Texas Tribune. “He came out of retirement to do a few things for Jeb, but those were the exceptions that proved the rule.”
And it appears his son is following in his footsteps.
Freddy Ford, George W. Bush’s personal aide, told the Tribune that the 43rd president “does not plan to participate in or comment on the presidential campaign.”
Scripps Only Content 2016