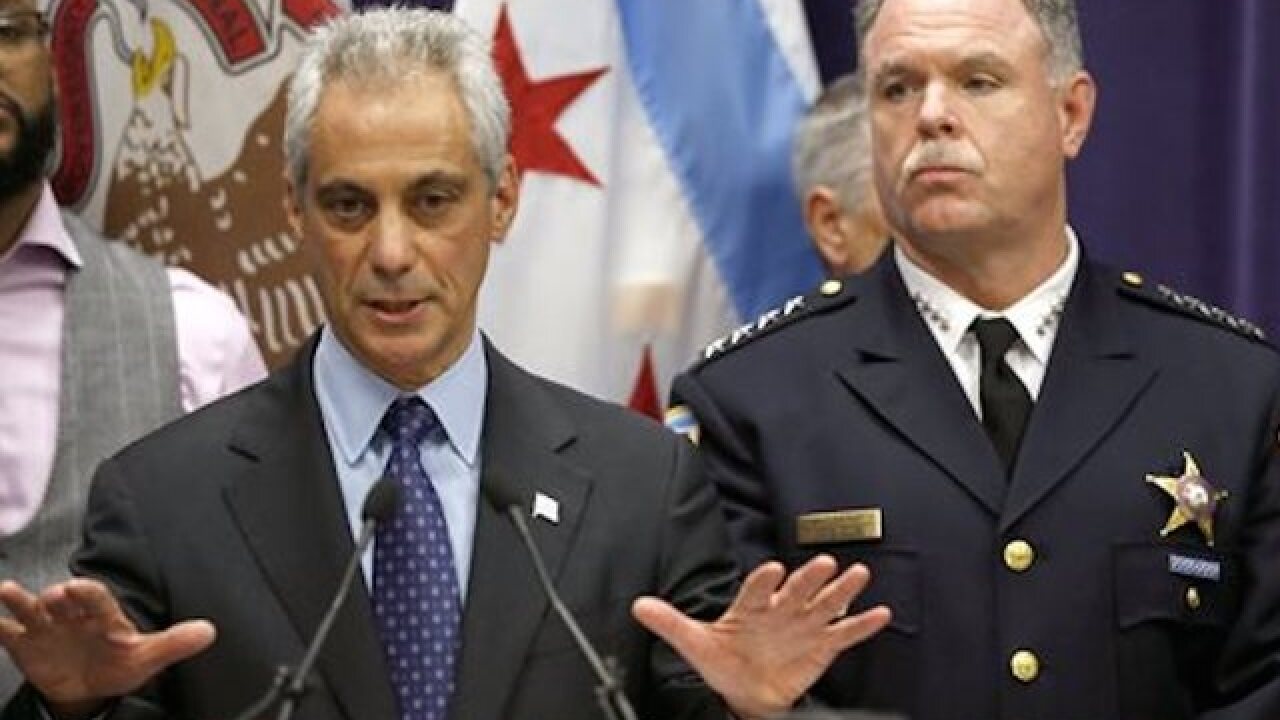 Copyright Associated Press
Charles Rex Arbogast
<p>In this Nov. 24, 2015, file photo, Chicago Mayor Rahm Emanuel, left, and Police Superintendent Garry McCarthy appear at a news conference in Chicago, announcing first-degree murder charges against police officer Jason Van Dyke in the death of Laquan McDonald. Emanuel's promise announced Tuesday, 16, 2016, to release videos of police shootings in no more than three months was intended to bring more transparency to Chicago, which took more than a year to make public the footage of McDonald's death and did so only after being ordered by a judge. (AP Photo/Charles Rex Arbogast, File)</p>

CHICAGO (AP) — Chicago's former police chief says he was the fall guy for Mayor Rahm Emanuel's administration as it faced protests over the shooting of a black teenager by a white officer.

Emanuel fired police Superintendent Garry McCarthy on Dec. 1, a week after a judge forced the release of a video showing the officer shooting Laquan McDonald 16 times in October 2014.

The Chicago Tribune reports that McCarthy said at a panel discussion at Harvard this week that the law limited his role to stripping the officer's police powers once the Independent Police Review Authority recommended that action.

He said after the video's release, "somebody had to take the fall."

In announcing the dismissal, Emanuel praised McCarthy's leadership but called it an "undeniable fact" that the public's trust had eroded.