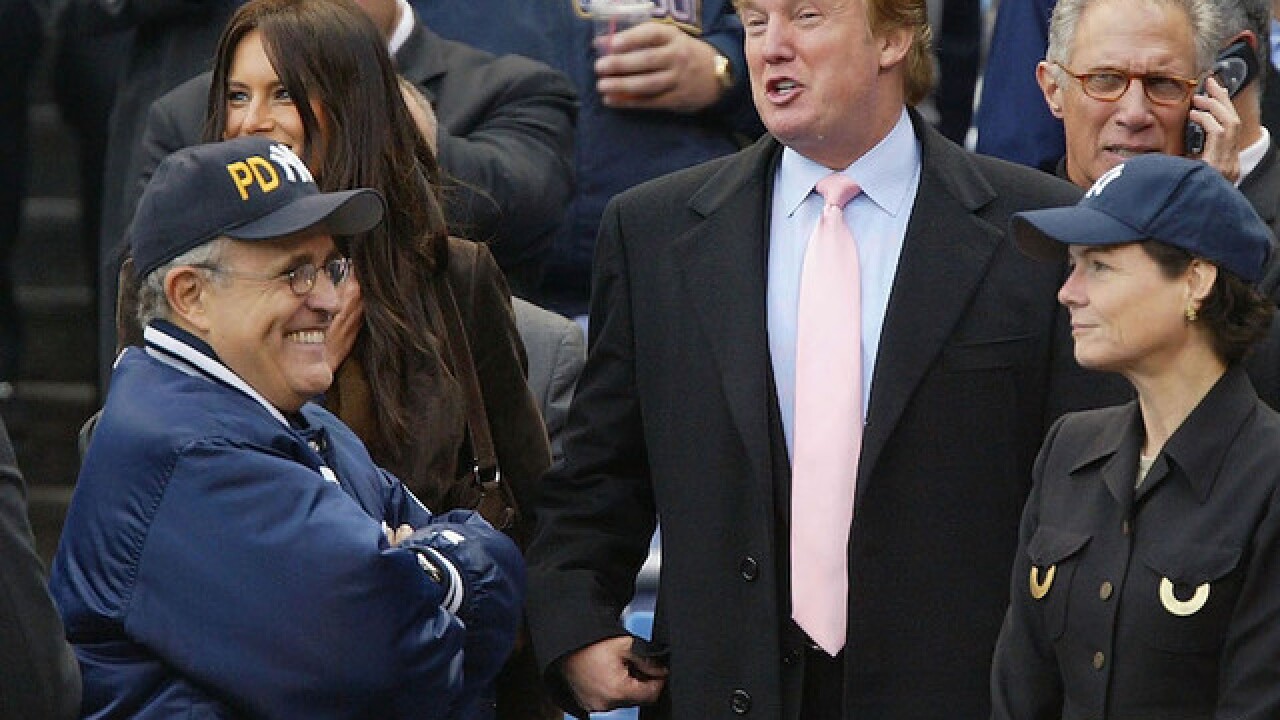 NEW YORK (AP) — Donald Trump's bid for the White House is getting a boost from New York City's former mayor.

Rudy Giuliani is planning to vote for Trump in the upcoming New York Republican primary.

Giuliani's spokesman Jake Menges said Thursday that the former mayor considers Trump "a friend," and always believed he would back Trump over his rival Ted Cruz.

Giuliani did not make an official endorsement because he won't be doing any campaigning on Trump's behalf.

Giuliani, who was the city's mayor when it was attacked on September 11th, made a failed bid for the 2008 Republican nomination.

He has made several previous public appearances with Trump, including at a golf tournament last summer after Trump announced his candidacy.

The New York primary will be held April 19.