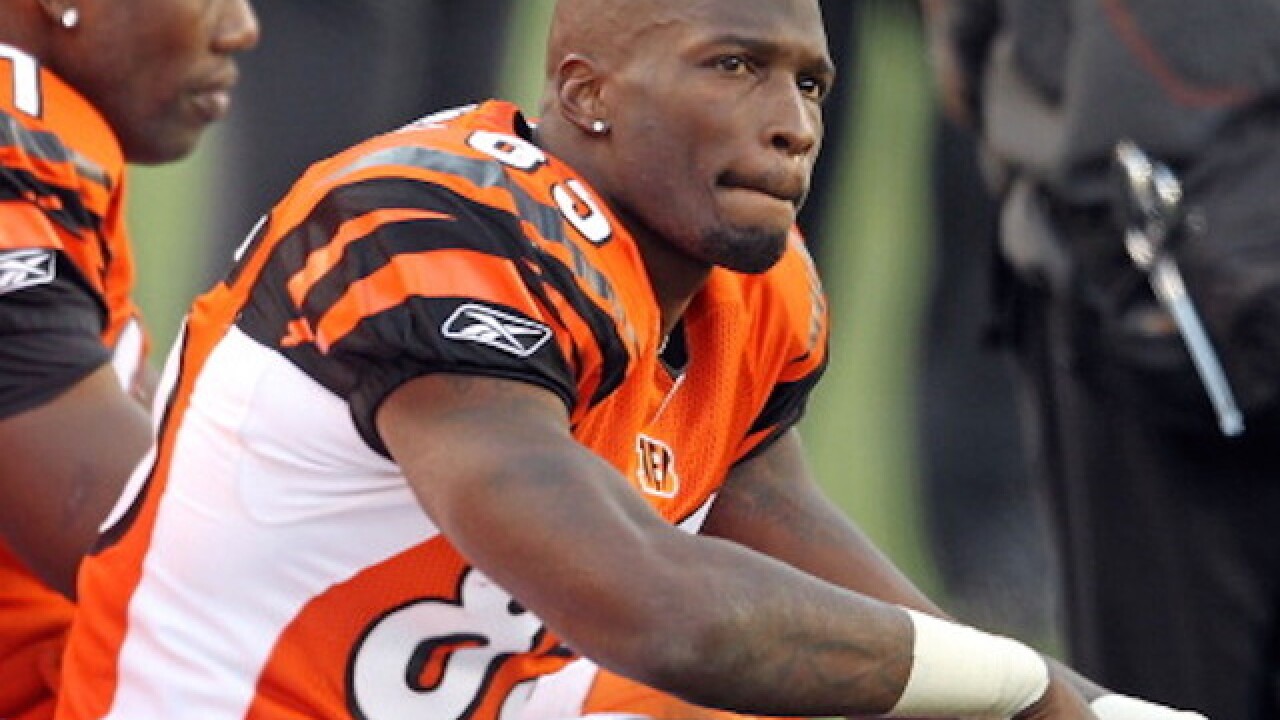 Copyright 2018 Scripps Media, Inc. All rights reserved. This material may not be published, broadcast, rewritten, or redistributed.
Andy Lyons
CINCINNATI - NOVEMBER 21: Chad Ochocinco #85 and Terrell Owens #81 of the Cincinnati Bengals watch from the sideline during the final minutes of the Bengals 49-31 loss to the Buffalo Bills at Paul Brown Stadium on November 21, 2010 in Cincinnati, Ohio. (Photo by Andy Lyons/Getty Images)

In his prime, Chad Johnson (née Ochocinco) was one of scariest receivers in the NFL. His speed and agility made him a threat to score any time he was on the field.

On a Wednesday appearance on ESPN’s “MIke & Mike in the Morning,” Johnson said he helped heal from ankle sprains by collecting his teammates’ urine, heating it up and soaking his ankle in the...cocktail…for 30 minutes.

As gross as it sounds, Johnson may have been on to something. He was remarkably durable throughout his career, as he missed no more than three games a season over his final 10 seasons in the league. That’s no easy feat in pro football.

Johnson isn’t the only athlete to use urine as a healing method. In the early 2000s, Chicago Cub Moises Alou, one of the few modern players to not wear batting gloves, urinated on his hands to heal blisters. Teammate and pitcher Kerry Wood also used the technique to prevent blisters from forming on his throwing hand.