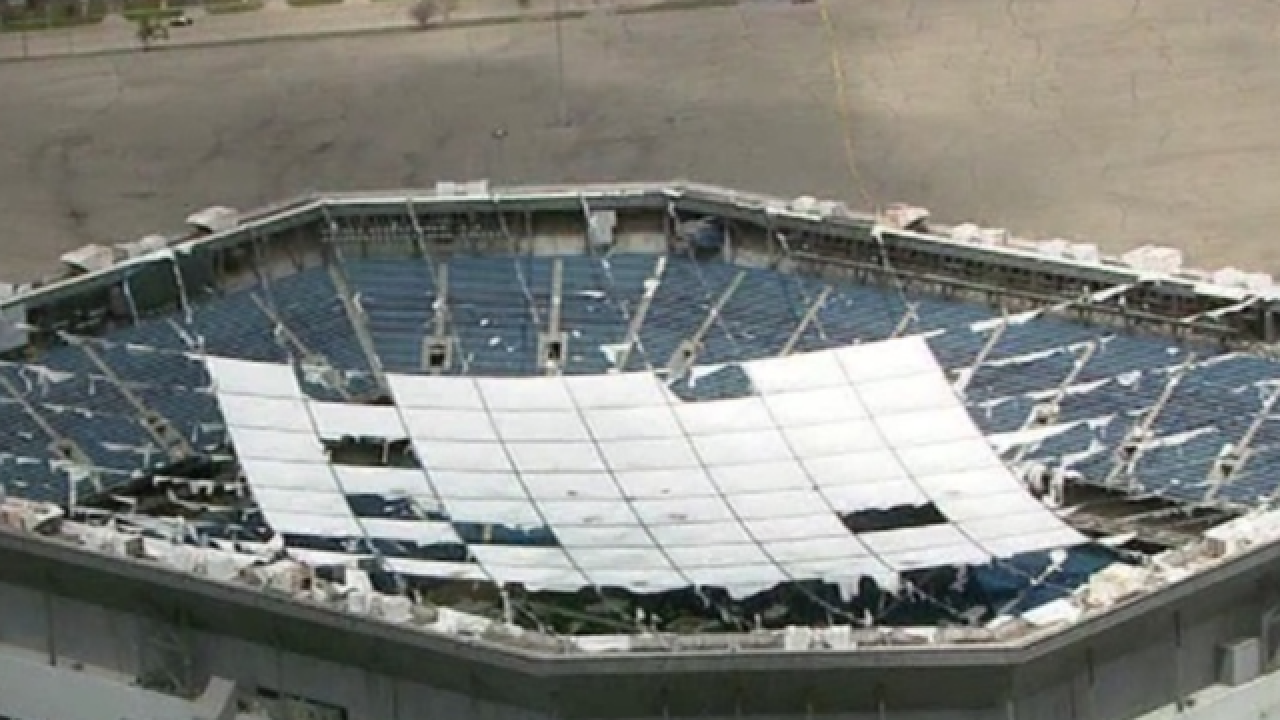 After more than 40 years, the Pontiac Silverdome near Detroit will be imploded on Sunday morning, Dec. 3, bringing an end to the stadium which has been lifeless for more than a decade.

The implosion is set to begin at 8:30 a.m. an Pontiac Mayor Deirdre Waterman and other city and state officials, plus well-known sports celebrities, will be on hand for the event.

On top of that, the Silverdome hosted many record events over the years, including Led Zeppelin in 1977, 93,000 people to watch Pope John Paul II's mass in 1987 and WrestleMania III which hosted 93,173 people.

The WrestleMania record stood as the WWE attendance record until 2016 when WWE said 101,763 people attended the show in Arlington.

According to the city, the first implosion will break the metal beams that are used to keep the roof inflated at the perimeter of the stadium.

The rest of the demolition will be conducted in phases over the next year, using hydraulic excavators to break up materials and a vacuuming process to pick up the pieces.

The public is allowed to view the implosion, and public parking will be at the Water Resources Commission parking lot on Opdyke just south of M-59. Vehicles must be parked by 8:15 a.m.