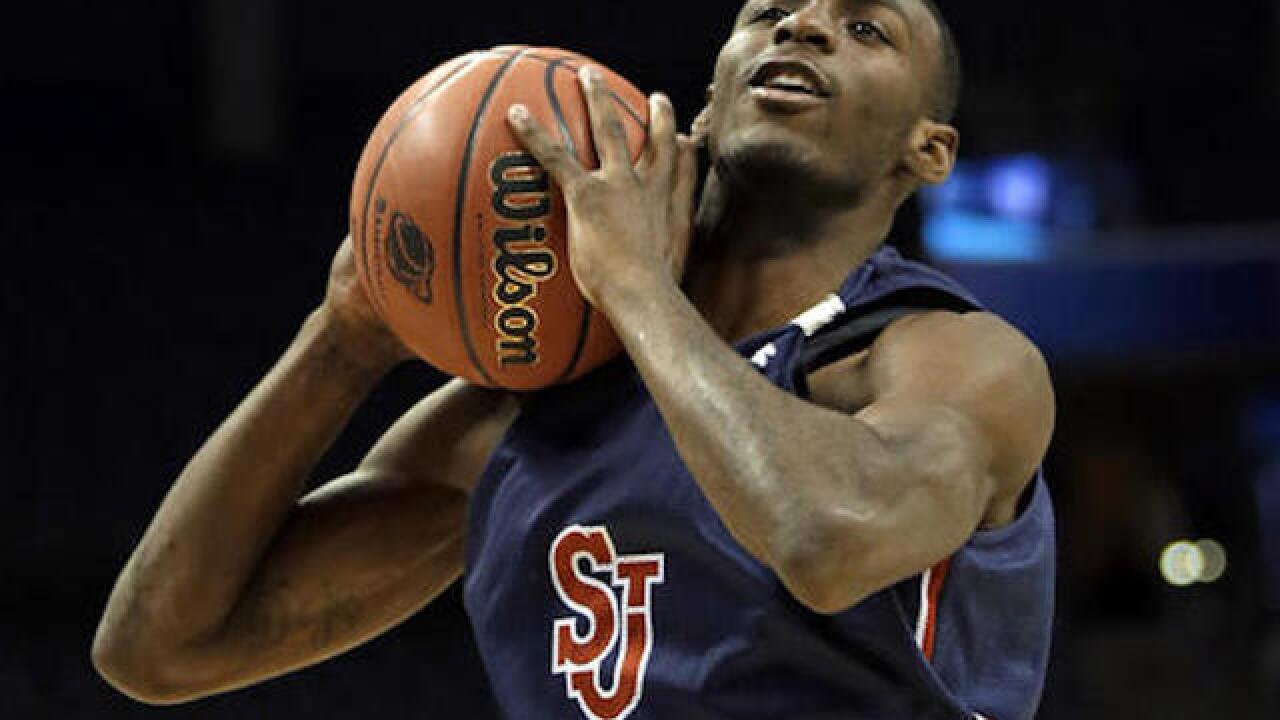 Copyright Associated Press
Gerald Herbert
<p>In this March 19, 2015, file photo, Rysheed Jordan grabs a rebound during practice at the NCAA college basketball tournament in Charlotte, N.C. ahead of an NCAA tournament game. Police say Jordan has been charged in connection with a May 27, 2016, shooting in Philadelphia. (AP Photo/Gerald Herbert)</p>

PHILADELPHIA (AP) — A former NBA D-League player who starred at St. John's University is charged in Philadelphia with attempted murder, robbery and other counts after police say he shot another man during a robbery attempt.

Police say 22-year-old Rysheed Jordan and two other suspects met three other men on May 27 in the city for a deal involving a cellphone. They say Jordan shot one man in the arm after he and the other suspects tried to rob them.

The Philadelphia Inquirer reports Jordan was arrested early Wednesday after police say he ran from a traffic stop and tried to throw a loaded gun with a desecrated serial number over a fence.

Jordan played two years at St. John's and was released by the 76ers' D-League team in January after 11 games.