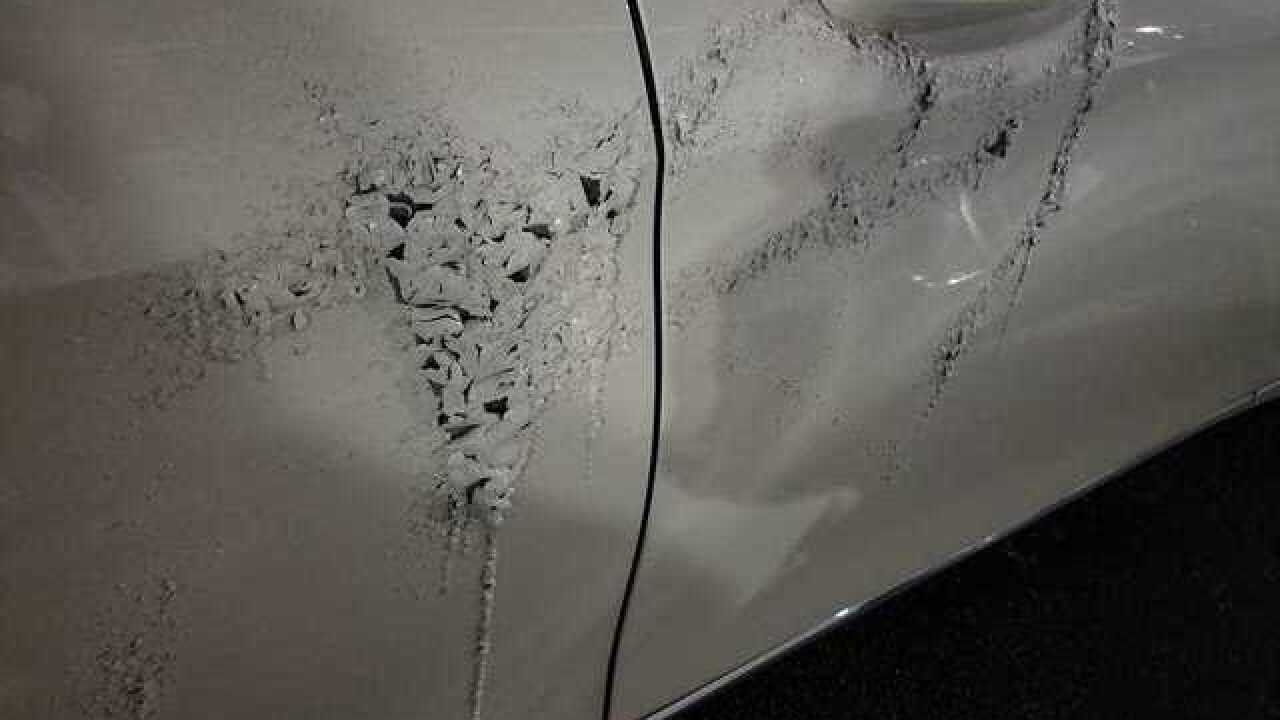 TAMPA, Fla. — Within one month, someone splashed four cars with an acid-like liquid in busy Tampa parking lots.

Deputies are not sure if the incidents are related. The most recent happened in a shared parking lot near the AMC Veterans movie theater and Starbucks off Anderson Road.

The scenario is the same in all of these situations. Some sort of corrosive liquid is poured onto the doors of the cars which damages paint, metal and plastic on the car.

Two panels on Gary Schaff’s 2015 white Mercedes had to be repainted. He was parked in the lot off Anderson Road two nights in a row as he and his family caught up on the latest Marvel movies at AMC.

"When we came out to the car which was a little bit of a walk away from the theater, it looked as if there was almost shaving cream or foam on the side of the car,” Schaff said. "We're like, what is that?”

As his family got closer, they realized the white paint had bubbled up. By the time they got home a lot of it had flaked off and exposed the metal underneath.

"I don't even know what I would say to someone who thinks it’s a good idea to do something like that,” Schaff said. "What does it accomplish exactly?"

Hillsborough County deputies say a 2007 BMW was vandalized the same way in a Publix parking lot off N. Dale Mabry on April 11 and a 2017 Porsche SUV was damaged by a corrosive liquid in the Heath Integrated parking lot on April 23. All three attacked occurred within a few miles of each other.

The Tampa Police Department responded to a 2011 Audi with similar damage at International Mall on April 15.

"It's just to me a completely random thing, and it's really hard to prevent,” Schaff said. "Have insurance on your car."

While Schaff must pay a $500 deductible, his insurance company will cover the rest of the amount needed to repair the damage.

He asked the movie theater about security cameras but believe the ones on the building catch the area of the parking lot his car was in.

"I hope the person gets caught, and brought to whatever justice there would be from this and learns a lesson not to do this,” said Schaff.

Scripps station WFTS in Tampa reached out to the property owners of this parking lot to see what type of security they have and is waiting to get an official response.