Four dead as severe storm sweeps through southern US 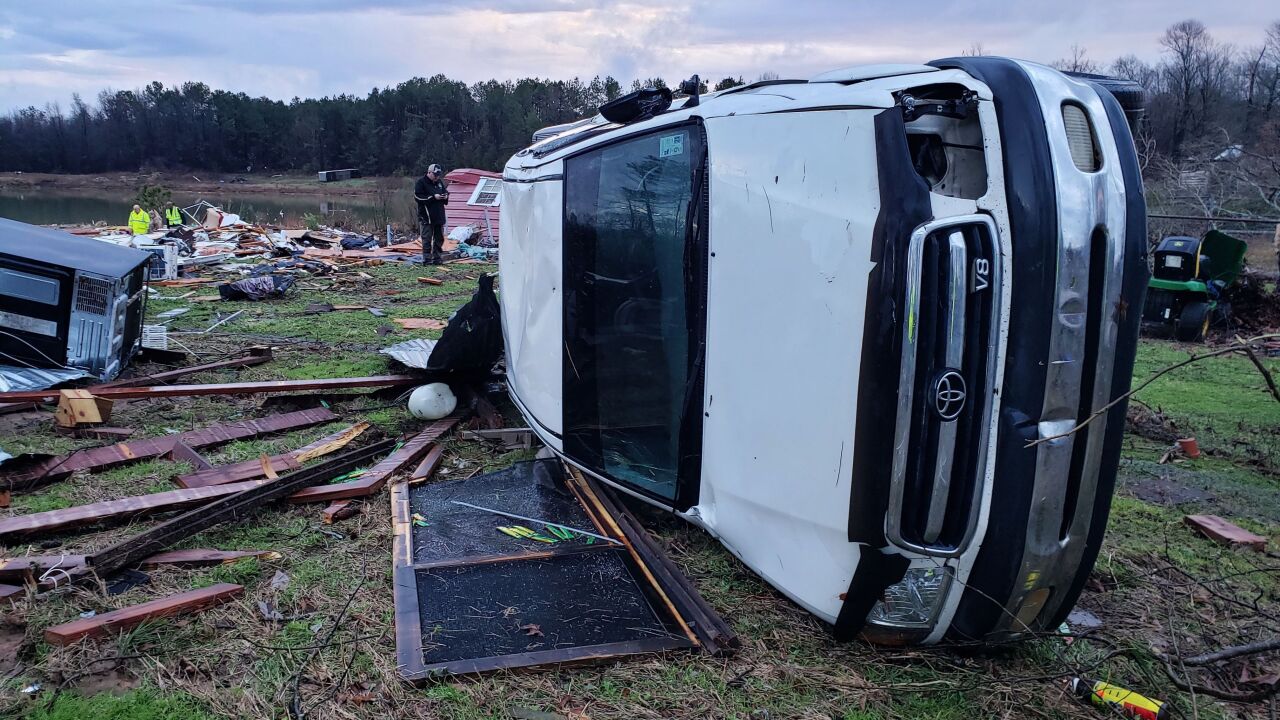 Authorities say at least four people have died after severe storms swept across parts of the U.S. South.

Three people were killed in Louisiana, including an elderly couple found near their trailer home Saturday by firefighters.

In Texas, one person died when a car flipped into a creek.

Tornadoes have destroyed homes in Arkansas and Missouri and also caused damage in Oklahoma.