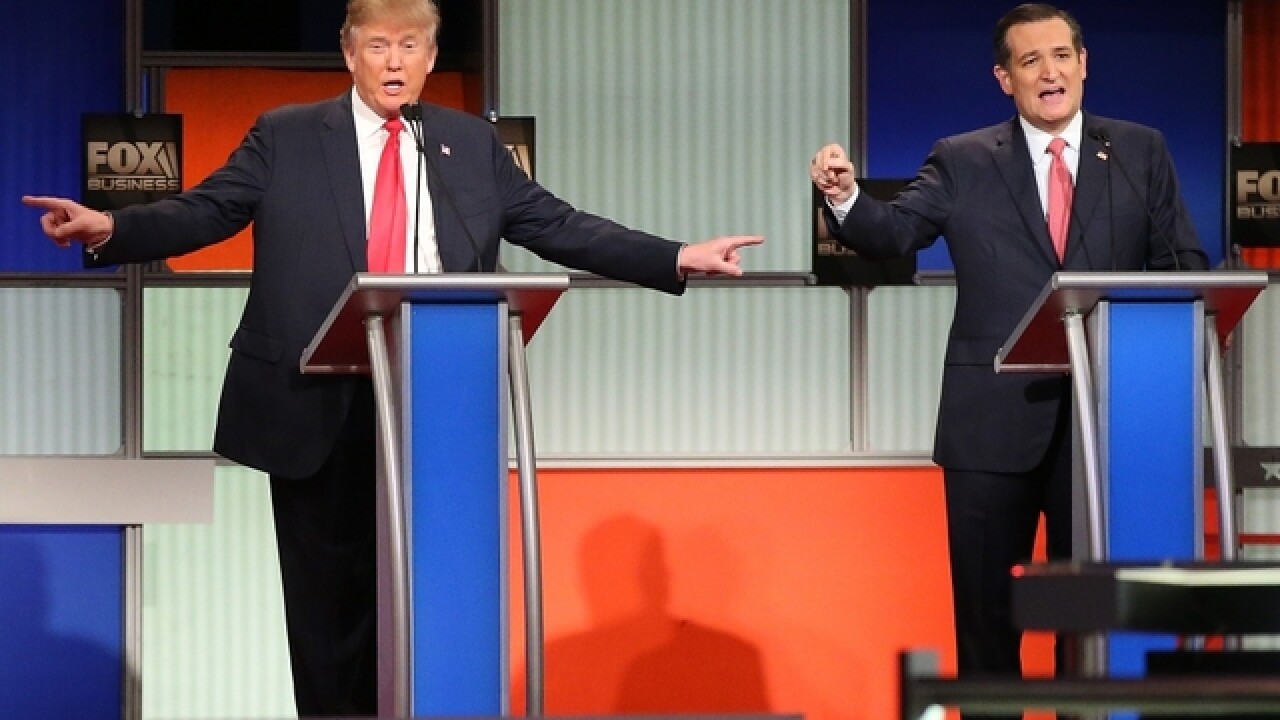 NEW YORK (AP) — The seventh Republican presidential debate — and the first one without drawing card Donald Trump — was seen by 12.5 million viewers on Fox News Channel.

Thursday's debate ranked sixth among the seven GOP debates so far in viewership. Only the debate two weeks ago that was shown on the relatively little-watched Fox Business Network had fewer, with 11.1 million viewers.

Trump did not participate Thursday because of a feud with Fox News Channel and instead held a fundraiser for veterans nearby in Iowa.

The debates have been such a strong draw that even though Thursday's event had roughly half the viewership of Fox's first debate, seen by 24 million people in August, it still ranked as the network's second most-watched event ever. Ratings have generally declined for the debates since that August high.

Fox's rivals at CNN and MSNBC covered Trump's fundraiser, where the candidate made a brief speech. CNN was watched by 2 million viewers and MSNBC by 1.1 million during the hour in which Trump talked.

Viewership for the three Democratic debates has ranged between 8.6 million and 15.8 million, and a study released by the Pew Research Center offers some insights into to why the GOP debates are more popular television events.

Pew's survey found that Republicans are watching the debates in higher percentages than Democrats or independents, and that GOP viewers are less interested in seeing candidates from the other party.