Megyn Kelly getting back onstage with Trump 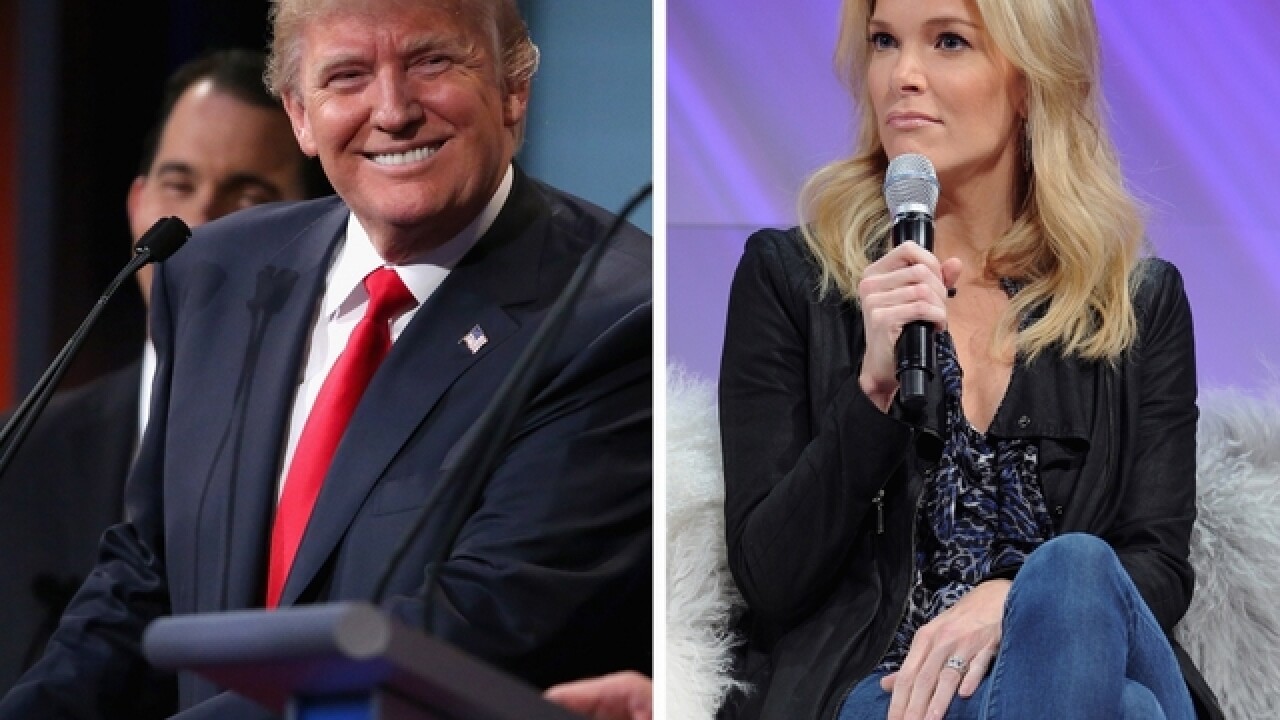 NEW YORK (AP) — Fox News Channel's Megyn Kelly says she's not anticipating any more fights with Donald Trump in Thursday's Republican presidential debate, and that she's preparing the same "tough but fair" questions for him as she does for other candidates.
The stage in Detroit will be a little emptier with Ben Carson suspending his campaign on Wednesday. All eyes will be on Kelly and Trump, who clashed during the first GOP debate last summer. Trump then boycotted an Iowa debate that Fox telecast in January after the network refused to remove Kelly as one of the moderators.
Thursday's two-hour debate starts at 9 p.m. EST; Kelly will moderate along with Bret Baier and Chris Wallace.
"It was never personal from my point of view," Kelly said. "I understand he was upset. I didn't take it personally and I certainly don't have anything against him. I find him a very fascinating person to cover."
Kelly's questioning angered Trump during the first GOP debate last August, most prominently when he was confronted with some of his past comments about women. He then unleashed attacks on her on social media and in interviews, renewing them just before the Iowa debate. After Trump skipped that debate, he lost the Iowa caucuses to Ted Cruz.
Trump spokeswoman Hope Hicks said he looks forward to Thursday's debate.
"It's not a focus of our preparation but obviously it's the elephant in the room," Fox's Baier said. "It's not front of mind, but it's in mind. We're not going to focus on one candidate or the other."
Kelly said Trump was much more in his head before the Iowa debate, when moderators prepared one set of questions for if he showed up, and another for if he didn't. Now she believes Trump is more concentrated on sewing up the nomination.
"I don't need to be overly tough to prove that I am some sort of tough gal and I don't want to go easy on him to disprove the people who think I have it in for him," she said. She believes Trump, a novice politician, had the misguided thought Fox would go easy on him during the August debate.
"Perhaps his expectations for the event were not set properly by the people who were advising him," she said. "I think at this point in the game he understands better how these things go. He knows he can handle me. He can handle any interviewer."
In one of the campaign's many oddities, the Trump-Kelly episode created lingering bad feelings between the leading Republican candidate and the television network most popular with Republican viewers. Kelly was one of the first public figures caught in the middle of one of Trump's withering attacks on media.
At its worst, Trump went on CNN to say of Kelly that "you could see there was blood coming out of her eyes. Blood coming out of her wherever." Many interpreted that to be a crude reference to a woman's menstrual cycle. Kelly said she understood that attacks come with the territory but that her husband was upset and some of the language used filtered down to her 4-year-old daughter through friends. She also has sons age 6 and 2.
"I'll put it to you this way — Donald Trump is the only name they know of the people who are running for president," she said.
Associated Press 2016